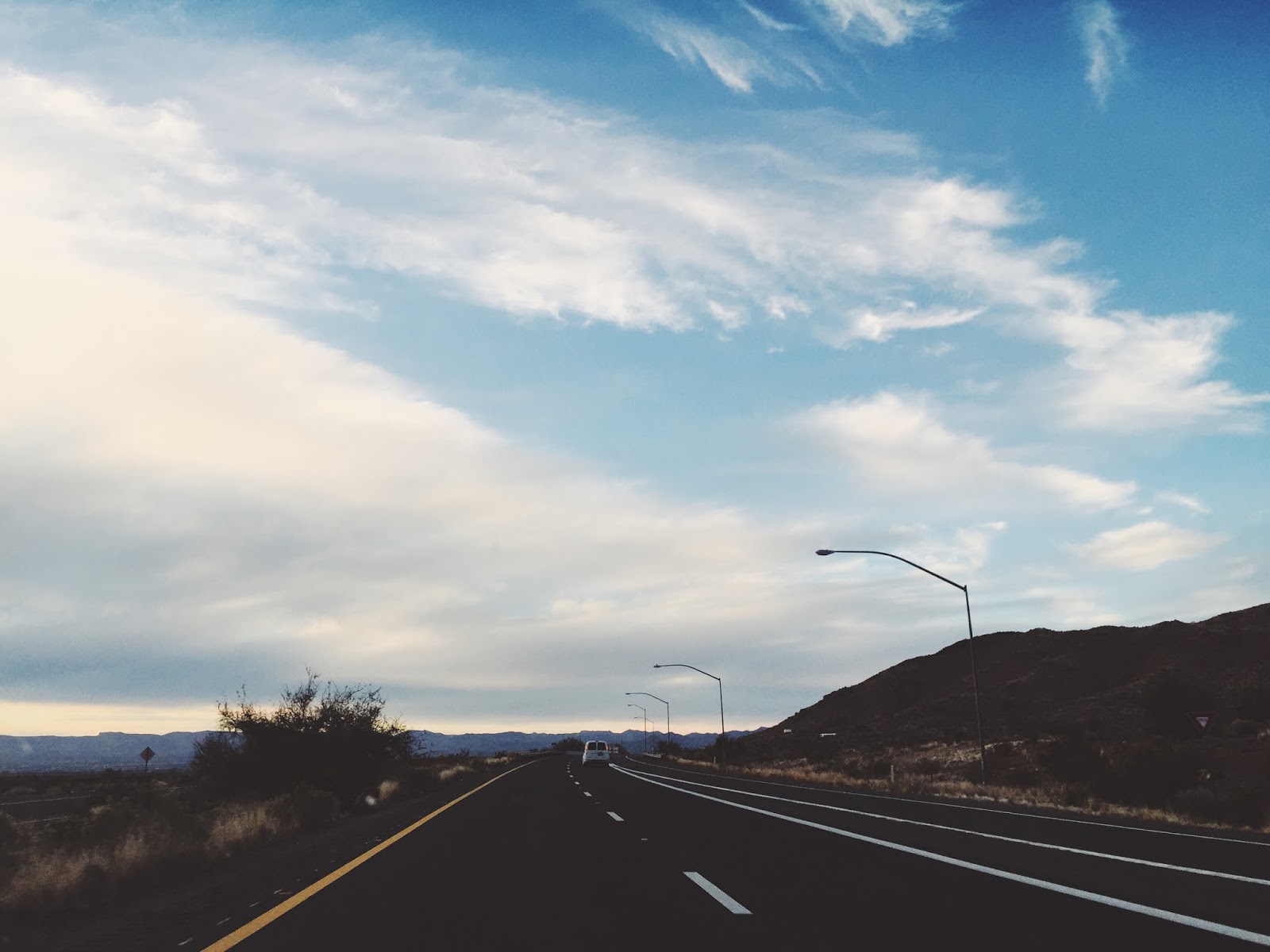 I’ve never been to the West Coast before. East coast from the day of birth until now where I reside in the Midwest. I’ve dreamed and dreamed of San Francisco – I wanted to go to grad school out there so I jumped at the chance to go to Las Vegas and Scottsdale. What was keeping me from the west coast? The long plane ride and I know it’s worse going overseas but nonetheless, it’s nerve-wracking to be on a plane for such long periods of time and above my comfort zone of latitudes. It’s also a land of something that I’ve never experienced. You hear all these things about the West Coast like In-N-Out, warm weather, and not too much snow. There’s more but that’s what comes to mind right away.

I loved it. I spent my NYE in Vegas and the first day of the year in Glendale and Scottsdale, Arizona. How? Well, the Buckeyes had their bowl game in Arizona and my best friend lives in Arizona so why not go? Our initial plans were Vegas and just Vegas until the Bowl Game announcement came and then it was Forget Vegas, let’s just do Arizona but airplane tickets skyrocketed after I had already bought my ticket for Vegas. We basically had a road trip from Vegas to Glendale to Scottsdale then back to Vegas. I had fun – no sleep is always fun for me, not going to lie. I don’t know why, I don’t crash or anything. We always have these random adventures that are spontaneous and not understood by everyone else. We did this when we went to Panama City Beach and New Orleans, as well.

What was different in the West/Desert? No grass!!! This surprised me the most and everyone was like “Well duh, it’s the desert” – sorry, I was still expecting grass. My sister didn’t even believe me until I took a picture so like I said, it’s a foreign land to myself and my family. In-N-Out wasn’t all the hype like I thought it was going to be. Shake Shack was amazing. I don’t think I had ever seen a cactus in person that wasn’t mini or an indoor cactus so that was also pretty wild. I wanted a picture but that didn’t happen. The scenery really amazed me, I will say that. All the mountains and just how there wasn’t so much congestion of a city. I was expecting warm weather 24/7 and it wasn’t warm 24/7. I probably died of coldness when I was in Vegas and my feet hated me at the end of the night. Not going to lie, I walked out of the club and declared I was taking off my shoes – luckily the door attendants had flip flops for ladies with killer feet & I was ever so grateful to these men.

When I went out in Scottsdale, it was cold again but not as cold. I also had my Northface with my this time so I wasn’t super cold until the night was over. The night out in Scottsdale was great – we actually got seats this time around so I was forever grateful for that moment as well. I enjoyed my time on the West side of the United States. I definitely want to go back but with a Nonstop flight and possibly to San Francisco or Oakland instead. California is my dream and I want to live out there one day just not today because my attempt at adulting and California’s price of living don’t blend well at the moment.

Vegas Travelers – Wear comfortable shoes because by the end of the night I had my shoes off and was lucky the nightclub we went to had flip flops to give out. It’s cold at night!! I guess I assumed it was always warm and I was wrong. Plan out where you want to go and make sure there are seats because if there aren’t seats, you’re going to be grumpy… at least, I was. Open bar from 9 pm to 12 am though! That was surprising to just go order a drink and not have to pay. I was shocked and got free Voss water because so trendy and in two hours I was going to be on the road and onward to Arizona.

Arizona Travelers – It’s cold at night. I found myself shivering once eight pm hit and learned once again it’s just a desert and not warm at night. Bring sweaters, hoodies, jackets, whatever you have determined to keep you warm. The only plus is no wind effect – while I was there there wasn’t any but don’t take my word on it. The days are perfect even though there’s no greenery to admire. It’s so spaced out, the drives do take forever so have a great playlist and some snacks – not a lot of stops on the way from Vegas to Glendale so use the bathroom before you get on the road and pray you find a restroom as you rush to the Fiesta Bowl.

Go and travel! I think that was one thing that always keeps me happy and not in too much of a routine. I don’t mind where I’m going as long as I’m going somewhere. For instance, a short trip to Athens, Ohio would work for me because it’s beautiful and I’ve been there like three times so my sister has a lot to show me when I go to visit her. I love traveling and new places. I wish I had more time in both Vegas and Arizona to explore but until next time, I have time to actually plan. Traveling while I was in school was a great break and traveling now that I’m out of school is another great break.

4 Thoughts I Had About My New Role
Bridesmaid Babbling: The Beginning
Creative Babes, let me tell you…