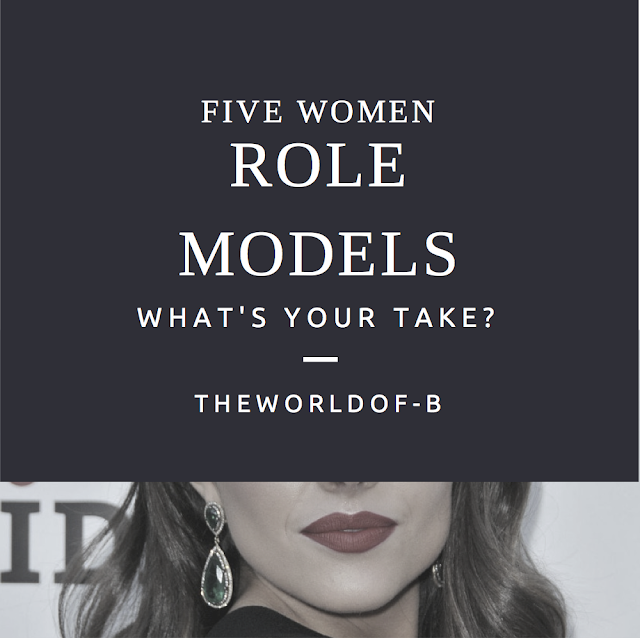 I’m twenty-three and I can’t say I have had a role model that I would bow down to. At least, not close to my age. I was never crazy for the celebrities that were close to my age, I’d probably kill for Jennifer Aniston and her perfection. When people stated the divorce with Brad was going to happen and it’s not big deal for her to have gotten cheated on, I snapped. Then again, no one deserves to be cheated on and I won’t stand for it. Other than that, I never latched onto Selena Gomez, Demi Lovato, or Miley Cyrus – I was too busy watching movies and that was something these girls weren’t too familiar with. Now as I work to become my own and do independent things, I think about women and how we are climbing the ranks and fighting for equality in so many different things.

It’s crazy to me how uninvolved I was as a teenager and how I didn’t think about how I would be affected. I look at my eighteen year sister and how vocal she’s been about every little thing, something I wish I had done. Five years ago, things weren’t as open to the public as they are now. I mean, there was twitter and Facebook but they’ve become such big platforms for having a voice now and Tumblr, that’s the place where people really get down and give you the facts. I admire how far technology had moved in these past five years and how involved the younger generation is. It’s important that we have a voice in a world that’s going to be our future. 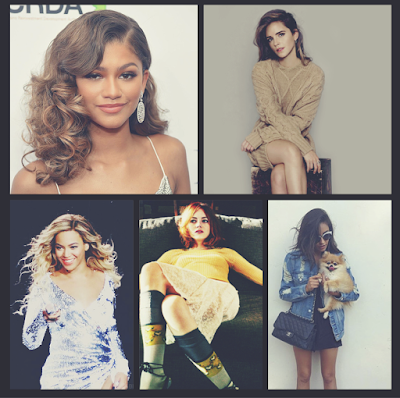 First, Beyonce. She’s the oldest of this crop of women that I thought of. The oldest and possibly the fiercest right now. I saw someone say Beyonce wasn’t a good role model yet because of her fame and life, only to see them lists other celebrities. I understand that everyone has their own opinion but those other women live a life of glitz and rich but it just didn’t make sense to ostracize Beyonce for these reasons and praise others. Her VMA performance shouted Feminist, something many female celebrities have been afraid to claim. She’s proven that she can do everything a man can do and she can make it look better. She’s fierce and she’s the boss. Beyonce wants to be iconic, not a hot girl. She wants to be remembered for her work and it’s affect on people. I find that admirable.

Emma Watson. Hermione Granger. She was probably one of the other people I looked up to as a child. She embodied a character that wasn’t a damsel, that helped a fictional world be gold again. Emma Watson went to Brown University. She proved that she wasn’t another dainty girl. People paid more attention to her looks while she focused on her books. I admire her for her speech on women, that same speech that she received hate for from bigots. It was a game-changer. Emma Watson is a real life Hermione Granger. Don’t fight me on it.

Something about Shay Mitchell has always been admirable to me. Her lackluster character Emily never drew me away from her. She just worked with Jennifer Aniston so yay more love for her. I don’t know if she’s ever proclaimed to be a feminist but Shay has really good things to say. The support for each other as women, that’s something I like. Women are the downfall of women, we tear each other up over clothes and men. We say nasty things when we’re jealous instead of being grateful we’re alive and well. She wants to be a badass and embody characters that are independent and strong.

Who doesn’t love Emma Stone? Oh, you? If you don’t… skip this section, I guess. Emma Stone is bomb. I kid you not, I love her. She’s a cute ginger and blonde. She’s vocal about world issues and uses her platform to make people aware. There was nothing better than her and Andrew Garfield flashing signs over their faces with charities and important issues – they knew their platform would get the world out. She’s not afraid to call out her boyfriend for calling something ‘feminine’ so yes, get it girl. She’s my best friend in my head.

Last, Zendaya. She’s younger than me but she’s just so precious. She’s classy and up-lifting. She doesn’t care what people say and she’s elegant because I need to mention that. This is an eighteen year old girl that’s not afraid to be different – from different looks to different hairstyles, she takes it all on. Not only that but she handles her issues with class. The Giuliana Rancic incident was handled so graciously by her while other women might have lashed out in a way. She shuts down internet trolls in the nicest ways, ways I wouldn’t have if people called my parents ugly. She’s a good soul and she’s going to go places.

What’s your take? What five women would you list? I know there’s so many women to talk about especially ones that aren’t in a public light like these five. Share your thoughts!

Sometimes, I don’t like Adult-ing.
Can Gossip Girl Teach Anything?

I’m awake. I’ll continue to fight for justice.
September’s Woman of the Month
Thank You Queen B & Kendrick!

the one where cannon turns four ✨ #watchingcann