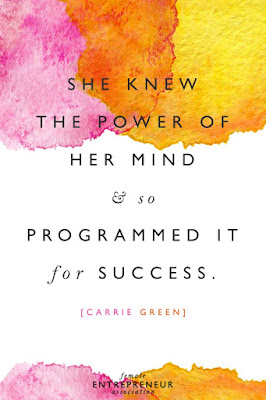 As I sit here and watch The Other Woman, I emphasize with each women that is being played by the same man. My life doesn’t mesh with being in a triangle or square of love and relationship issues like this women. But I see the trials of being a woman and the intelligence being threatened. A man toyed with their emotions and he had the nerve to attack their intelligence. That’s something I realize happens to many of us. As a young woman that is trying to break out into PR and make a good change in this world, I find it difficult. Why is it difficult?

As girls, we’re reminded to be polite and cross our legs. We are suppose to sit back and take what we’re given. At least that’s what we were told as we grew up. Boys will be  boys. They have the excuse of being loud and rowdy and taking charge. The excuse that I wish applied to myself. The stereotype I wish I could avoid as a woman. I don’t want to be seen as fragile and like I can’t handle myself. I don’t need my male friends to fight my battles when I have my own voice. The “But I’m just a girl” isn’t going to be something you hear from me. My gender isn’t going to hold me back. I’m independent and driven, I deserve the same role as any of my peers.

I’m passionate about so many things and so many times, I let people I thought were my good friends contort my idea. I let them ruin the things I wanted to do and invest in. I refuse to do that anymore. Take me as I am or leave me alone. Accept that people change and they evolve into the person they want to be as each day passes. I know the power and drive that is inside of me, I know what I want and I’m going to accomplish it. I’m not going to tear down another woman and make her my competition – not when I want her to succeed just like myself. I want to be positive and happy, negative thoughts would impact that happiness.

Shonda Rhimes is a woman that provides strong women to the television front. As I watched Scandal and How to Get Away with Murder, I saw these things. It wasn’t until I watched Grey’s Anatomy and invested time into this series. A series that provide three different women who all had different paths. I think Cristina Yang is inspiring. She’s strong-willed and she knows exactly what she wants in life. Cristina comes off as selfish and why is a woman selfish for wanting to be great? For wanting to be equal to a man. Actually, she wants and becomes better than the man. Cristina said some defining words – words that I love. She said these words to her best friend, to remind her that she is extraordinary and that no man can define her. She reminds Meredith to put herself forth and to be selfish. We have to be selfish. We have to make sure that we are happy.

He’s very dreamy, but he’s not the sun.
You are the sun.

Set your mind on the goal and make your plan. Don’t let anyone in the way. They don’t control your future unless you let them. Chase your dreams and enjoy the success. Don’t let anyone deem you as just a girl and take it as an insult, use that as the drive. Prove everyone wrong and smile while you do it.