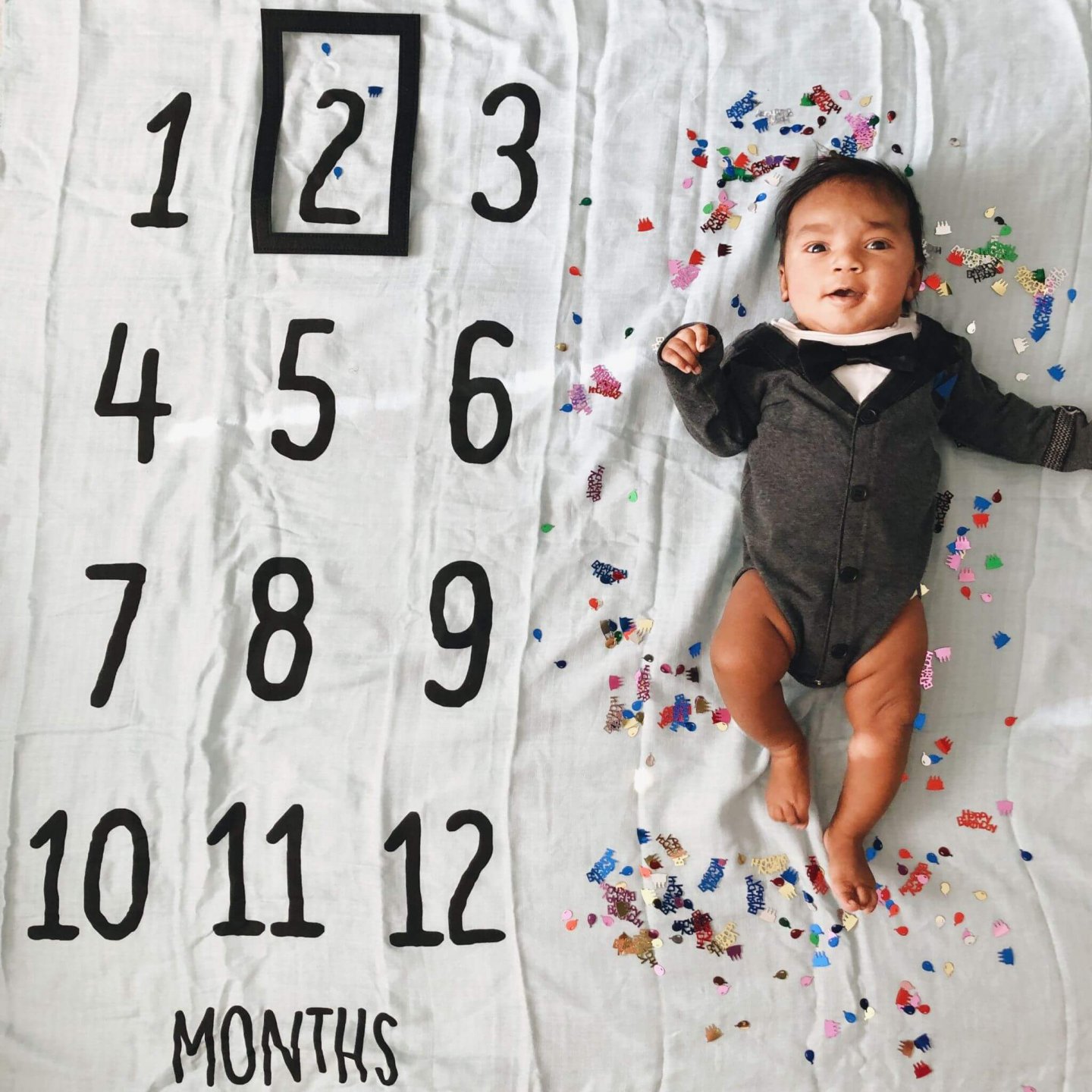 We’ve made it to month number two, and I’m still amazed that I have this little person. Cannon amazes me all the time. I don’t know if it’s his face filling out or when he coos at me or the accidents that he happens to have when I have him. I just think everything that he does is amazing and I guess that’s normal for a mom to think. The little things that he does just make me smile and I get very excited when he does something new. As Cannon starts to understand the world, it’s like a restart for me. I’m truly learning alongside him.

Also, he started daycare this week, so that has been an adjustment for both of us. I wish I were a stay-at-home mom, but the adult conversation and doing things outside my home is appealing. I miss Cannon like heck during the day, though. Day one of daycare was sad for me and whatever for Cannon. He just hates waking up early to go which is setting me up for his future of waking him up for school.

Cannon loves bath time. He is very content when I put him in the bath, and he can just chill in there. As long as it’s warm, he’ll stay in there all day if he could. He still loves to eat. I can keep up now that he’s taking bottles and it’s wild to see that he will only take around two ounces per feeding. Cannon loves to cuddle, but his feet have to hang. He enjoys wearing no clothes, just his diaper. He gets hot really easy which is why he doesn’t like clothes. Yes, he loves to be held which he can’t walk, so I don’t mind.

Cannon does not like our early morning wake-ups to go to daycare. It’s only day three and has had cried each time before we leave as I’m trying to get ready. He’s sleepy which a sleepy baby needs sleep and will cry if they don’t get it. I can’t hold it against him, he’s sleeping through the night, and that’s the best gift. He doesn’t like when I cut his nails, so I have to clip them when he is sleep. Mom has to do what mom has to do. Cannon hates hates hates his Vitamin D drops, and I don’t blame him – they look gross, I’ll have to find a good flavor for him.

The weight is still going up which makes me happy because I breastfeed and you always head that formula fed babies are the chunky ones. I have a chunk-in-training, and it’s all breast milk. Cannon can lift his head and hold it up without dropping it now. Also, he thinks he can walk when I stand him up. It’s awesome and scary at the same time because I want him to stay little forever. He started smacking his lips – it threw me off because I heard this noise and had no idea where it was coming from until I looked down and it was him. Also, he has started to yank my hair, so I know he has a strong grip. He tries to eat his hands now; it’s the cutest thing over. And, he licked me! He has started to lick my arm, and I think it’s just me since I feed him.

Cannon went through a leap and was awake every other hour when he was seven and eight weeks old. We’re on to week nine, and he has started to sleep through the night again. It surprises me because I wake up and constantly check on him, thinking he needs to eat. I might start waking him with an early morning feed to our commute in the morning is easier as I have to run around to get things done because he wants to eat. Overall, he’s a great sleeper, and he takes his naps which is awesome.

Still at it – I don’t find breastfeeding hard, but I know that is just me. I will say that I feed one both sides but only pump on one side. My body is weird, and it’s probably TMI, but I’ll reach out to the hospital lactation consultant at some point. Remember to utilize them if you are having any issues. I have started my stash, and I have a pretty amount for an emergency day or travel day if that popped up. I will say it was hard to make a stash when Cannon was sleeping but I started following Legendairy Milk on Instagram, and they have so many ways to help you pump and get the most out of your pump – look into them if you need help. Overall, it’s been great, and I think I can make it to six months as long as I don’t dry up.

Take a look back at month one or explore all my motherhood topics: here! 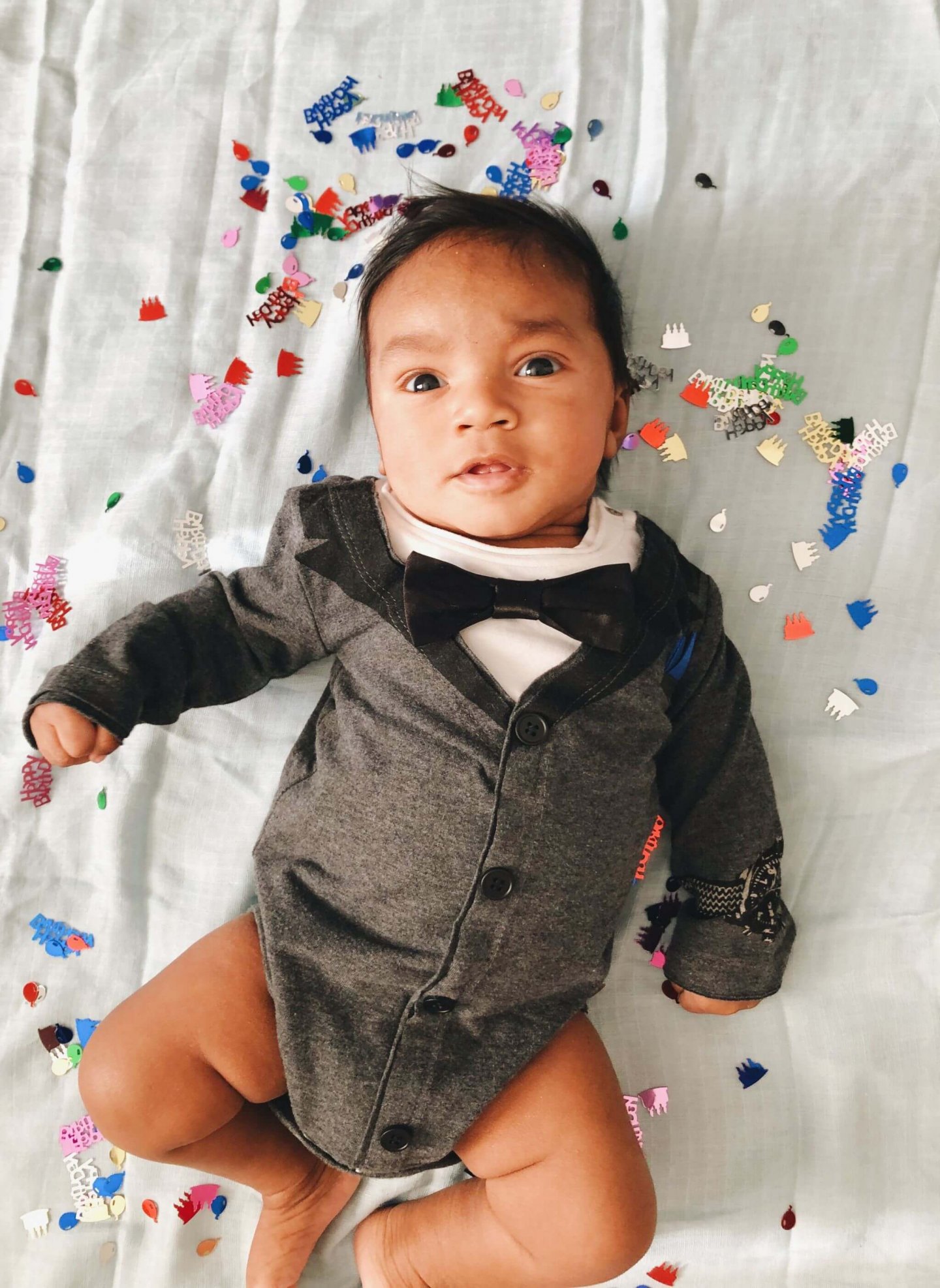 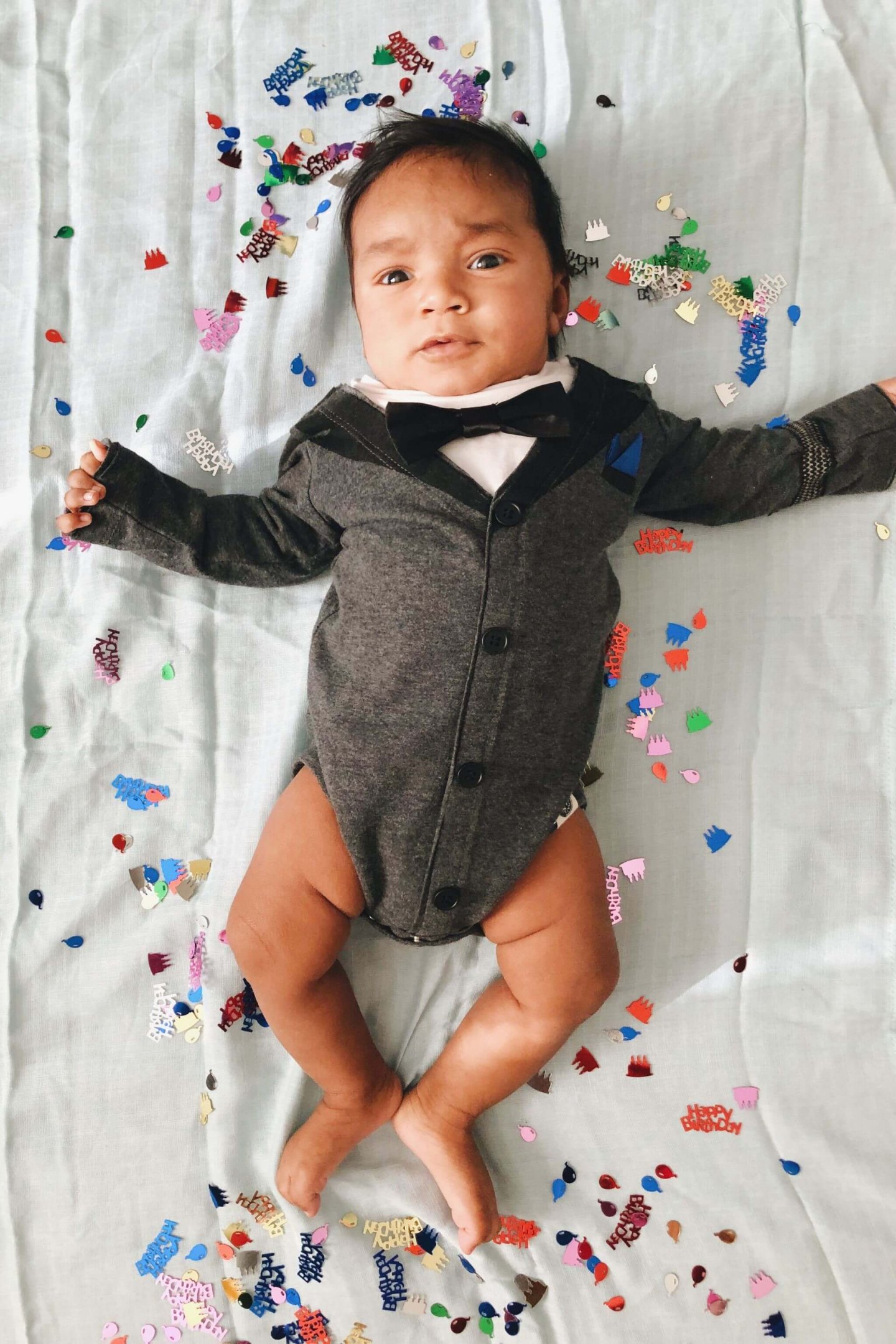