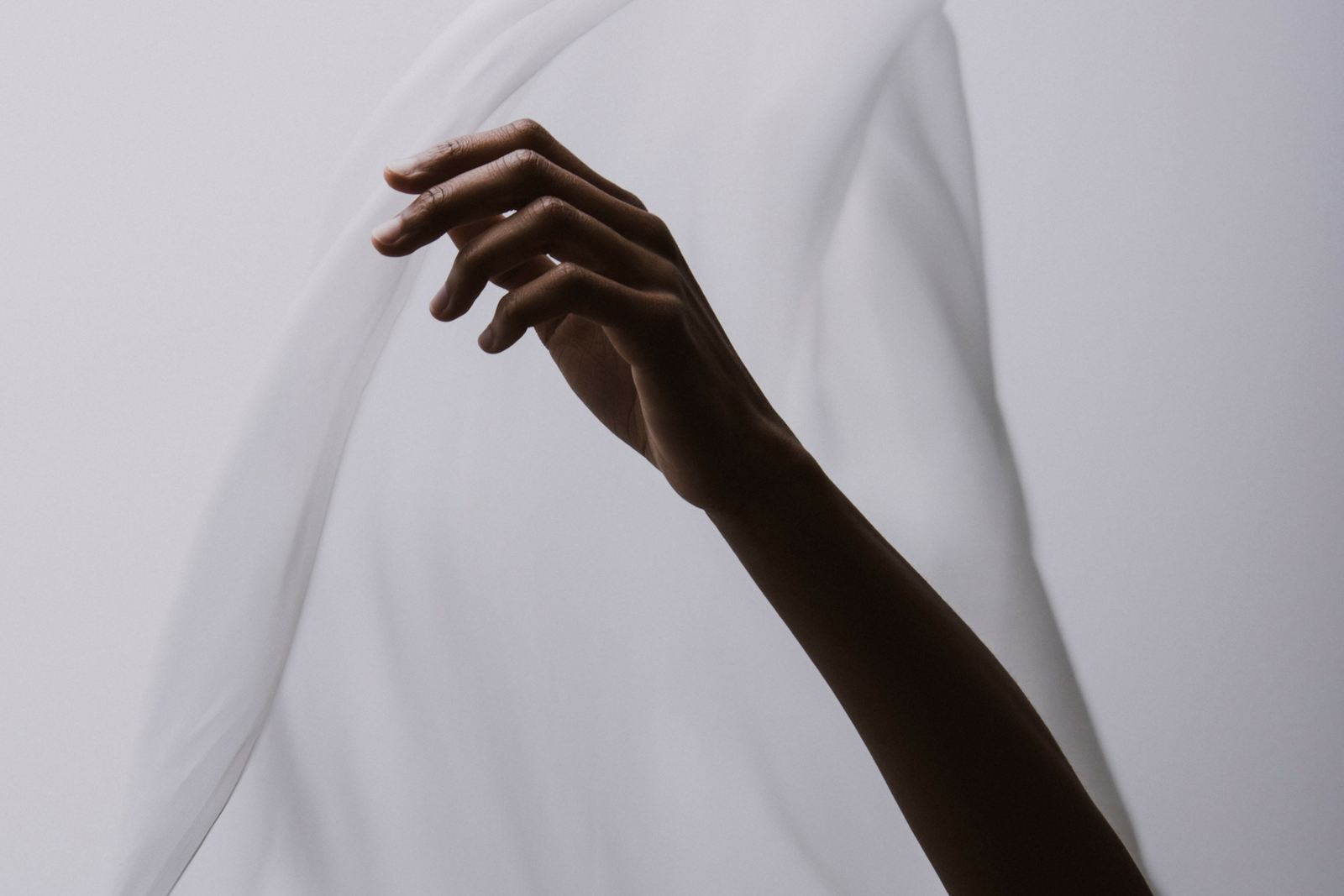 The best way to start your day is with some positivity. Hey, you’re up and blessed to see another day—the sun might be shining or you have something to look forward toward later that day. Whatever it might be, you’re starting it off the right way. Remember your day goes how you want it to go and how you let things affect you. That’s how I see it. Nothing can ruin your day unless you let it. Let’s go with that mantra and stick to it. There’s always something to look forward to, you just have to avoid letting the bad things outshine it. Work is work and it can be a good day. But what do you do when you step into work and you’re dealt with the negativity? It’s not even negativity when you focus on the problem; it’s that one person in the office that just piles on a toxic vibe. Maybe it’s not even at work but just a toxic person in general.

Some places have that one person or maybe there’s more than one person but it’s that person that decides to share their negative cheer with the office and world, the toxic person that you just can’t get away from. It happens unless you’re really lucky to avoid that person (I can say I don’t have to deal with that toxicity at my new position and it’s a blessing). Office politics are a tricky thing to deal with—you don’t want mess with anyone who’s in a position higher than your own and you don’t want to be kept from doing your job. There are just people out there that aren’t happy and you have to accept it. You have to accept that either you let them drag you down with them or you make/find your safe place in the office. It’s possible but let’s touch base on the people I’ve picked up on.

First, there’s the person who gossips and drags everyone’s name through the mud.

Yes, there is someone out there that still thinks they’re in high school and can say whatever they want about people. From personal experience, I can say I heard stories to an extent about one co-worker that liked to bash everyone and talk about how they deserved something compared to another. This person is toxic. This person is not someone you can trust because if they’re talking about everyone to you then they’re more than likely talking about you to someone else. Factor in the person that tells you this person has said something about a co-worker or you and then you have to question why this toxic person felt they could confide in this other person about you? You know what I mean? Rambles are starting but that person in the office who gossips about everyone, don’t tell them your business. Trust me.

What about the whiner?

This person could take the cake but all these levels of toxicity would deserve a piece. Everyone whines, that’s understandable—maybe the coffee machine is broke or the computer crashed before the documents could save, totally understand why you would be whining about these things. These are things that correlate with work and how you are going to structure your day at work. But there is that person, that person that whines about life and just finds the smallest things to complain about. How is this toxic…? How is it not?  A person’s negativity and complaints about every situation can affect your attitude—make you question yourself or make you mad. The people around you can have an effect on you and that person’s whines can get to you.

Then there’s the tantrum thrower…

Yes, we’re all adults but there are still people in this world that think they have the right to whatever they want and will throw a fit about it. Cover your ears because you’ll more than likely hear them rant all day about how it’s not fair and how they’re going to do something about it but in actuality, they’re just going to send five emails and get no reply. They might not be as toxic as the next but their attitude can ruin your mood. Their temper tantrum might make you consider working in your field or having your desk so close to them. Just remember to let them be on their own boat with their own issues and to not involve you—you can speak for yourself.


Finally, you have the person that wants to always be in control.

The worst. There are good and bad things about the person that always wants to be in control. This person cares, they truly care about the work and everything that goes into it. It makes them obsessive and means, though. They had no care in the world when it comes to calling you out for something they might perceive as wrong but it was actually instructions given by someone higher up. Your co-worker like this is not going to give you the reigns unless they’re forced and their obsessive behavior can make you anxious, nervous, annoyed, or ready to burst on them. Sometimes they drive you insane and other times you can see where they’re coming from. It’s a mixture of emotions and a roller coaster ride with this co-worker. 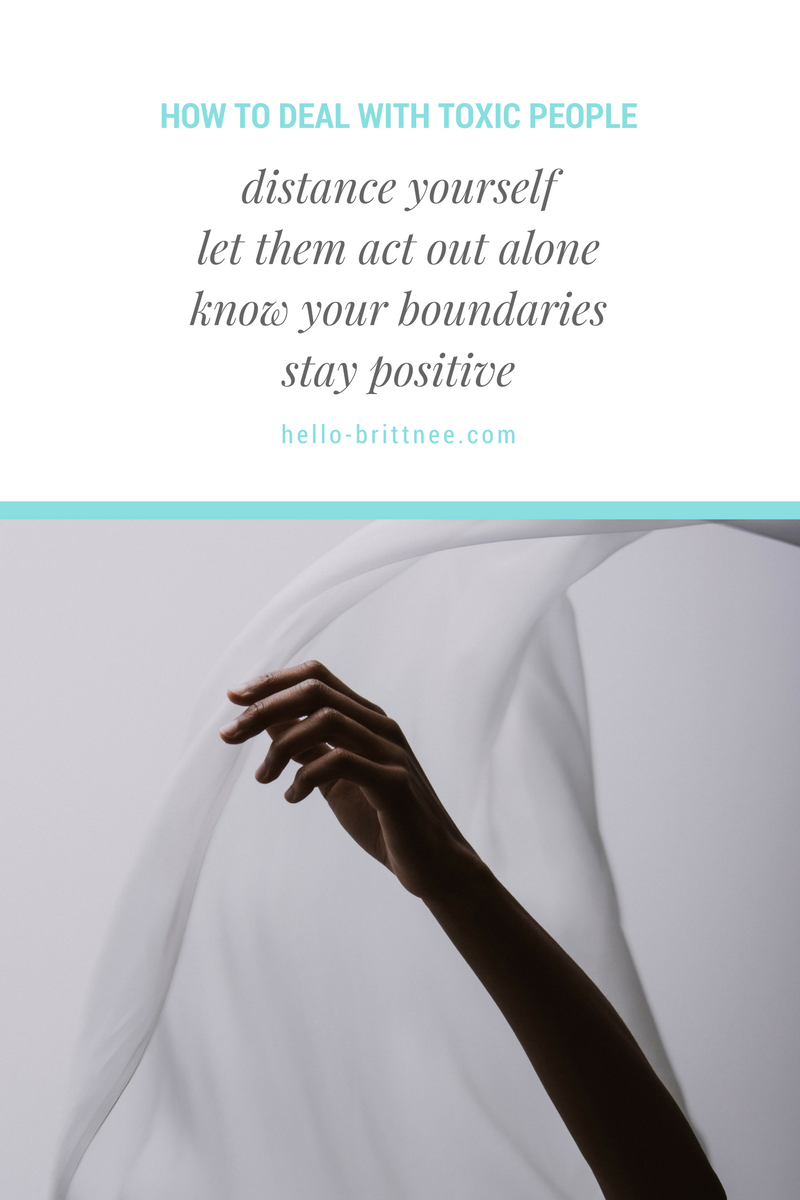 Now, if you’re lucky you don’t have to deal with these people either at all or anymore. You are free from toxicity and a negative mindset that someone can cast on to you. It’s hard to realize that the people around you are causing such negative outlooks but in the end, it’s like a weight is lifted off of you. You can go home at night and not expect a random text message or call about something that could wait until the morning but your coworker doesn’t seem fit to wait. How do you combat that toxic environment, though? There are multiple ways to avoid it or dig your way out of the hole.


Let them act out

It’s gotten to that point where you can’t do anything about this coworker and people have noticed their behavior, they might have even come up to you and commented on it. Yes, you know and there’s nothing you can do. Let that person act out and don’t let them bring you down with them. If they want to be negative, let them be negative but plug in your headphone and jam out to your Spotify playlist to void their troubles.  They are in this alone just like you. You got hired because of who you are and they got hired because of who they are, you are not a package deal and you do not have to go down with that person. If they want to slack off and not show up to work or not prepare their slides until the day of, you do your thing—do your slides and send them ahead of time so they know you had your shit together, show up or inform someone of your absence so it doesn’t look like you don’t care about your position.

This is important. You have your own boundaries and limits. If that person that is always whining or trying to control everything is in your ear all day, you are allowed to be assertive in your tone and let them know that you will get back to them when you have the time. I dealt with a situation where a complaint email was sent out and I was included as if I had any feedback to give yet my permission was not used to include me in the email—this bothered me because it was stepping out of bounds, it was a fire drill.  There was no need for the haste or irrational behavior. Luckily, I asked one of my coworkers her advice and she told me to not reply and just ignore the situation which I did. Remove yourself from the situation by placing yourself in your own world. You need to know what is at stake for you and how you can stay in your bubble.

At the end of the day, being positive is really that thing that is going to keep you going. It’s going to help push you to a point where if you have positive thoughts throughout the day, your mindset is going to be great. If you exhale positivity, you are not going to inhale negativity. Your mindset is going to be so far up there that the negativity someone is spewing can’t bring you down unless you let them. Be positive, think positive things. Don’t let someone knock you down. They can only tear down what you let them but your positivity can shut them up.

The best move is to remove yourself from the situation and step away from this person. Don’t let them pull you into their antics so someone can play the blame game. Don’t let anyone drag you down with them. Get as far as you can away from the situation or this person, don’t let their negativity or toxic behavior bring you do. Anytime someone has tried to act out in a way that I know won’t favor them or myself, I remove myself from it. I don’t give a response to it. You’re a star, keep yourself out of their reach.

How do you deal with the toxic people in your life? Share some tips and lessons to help someone out!