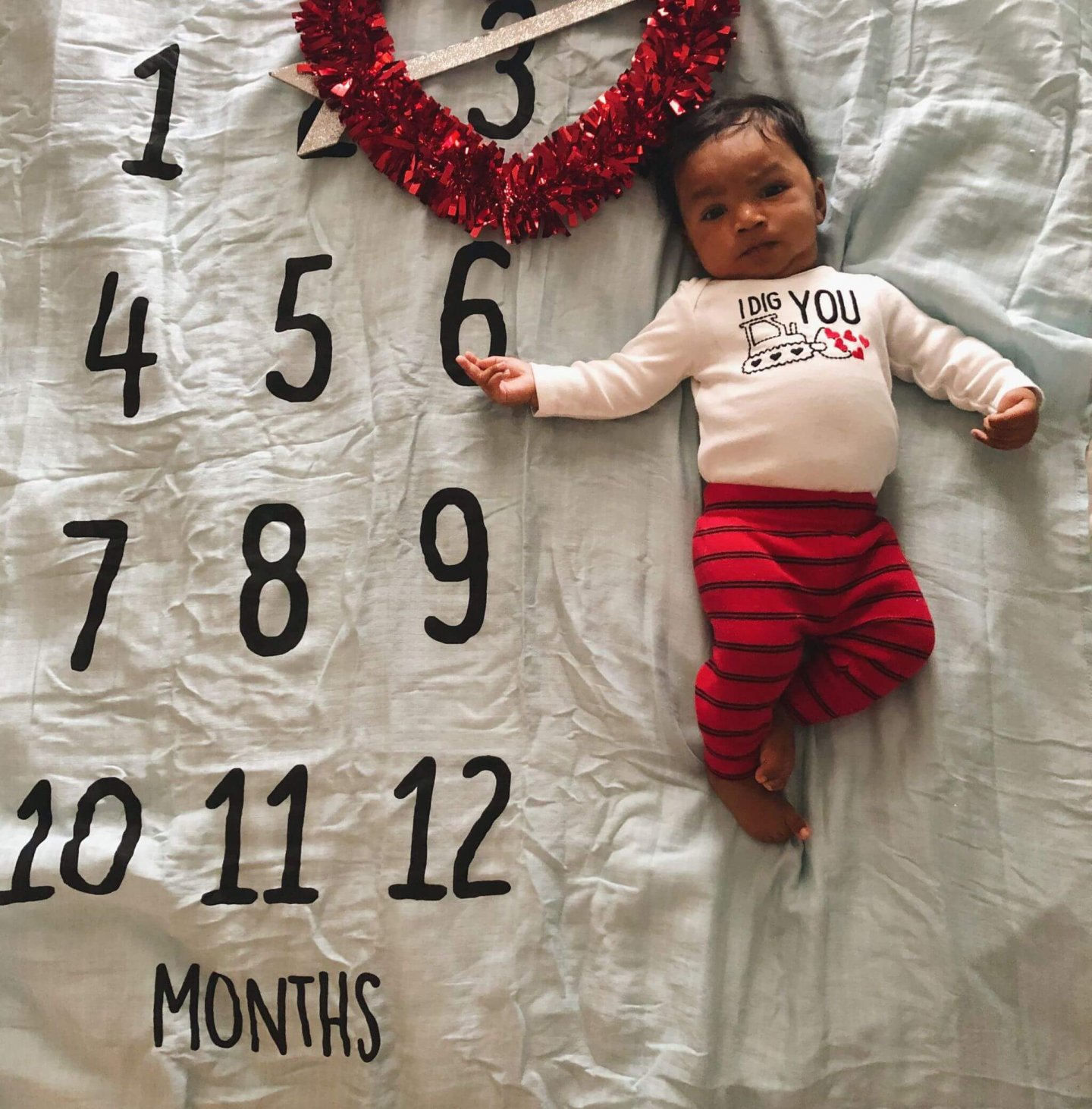 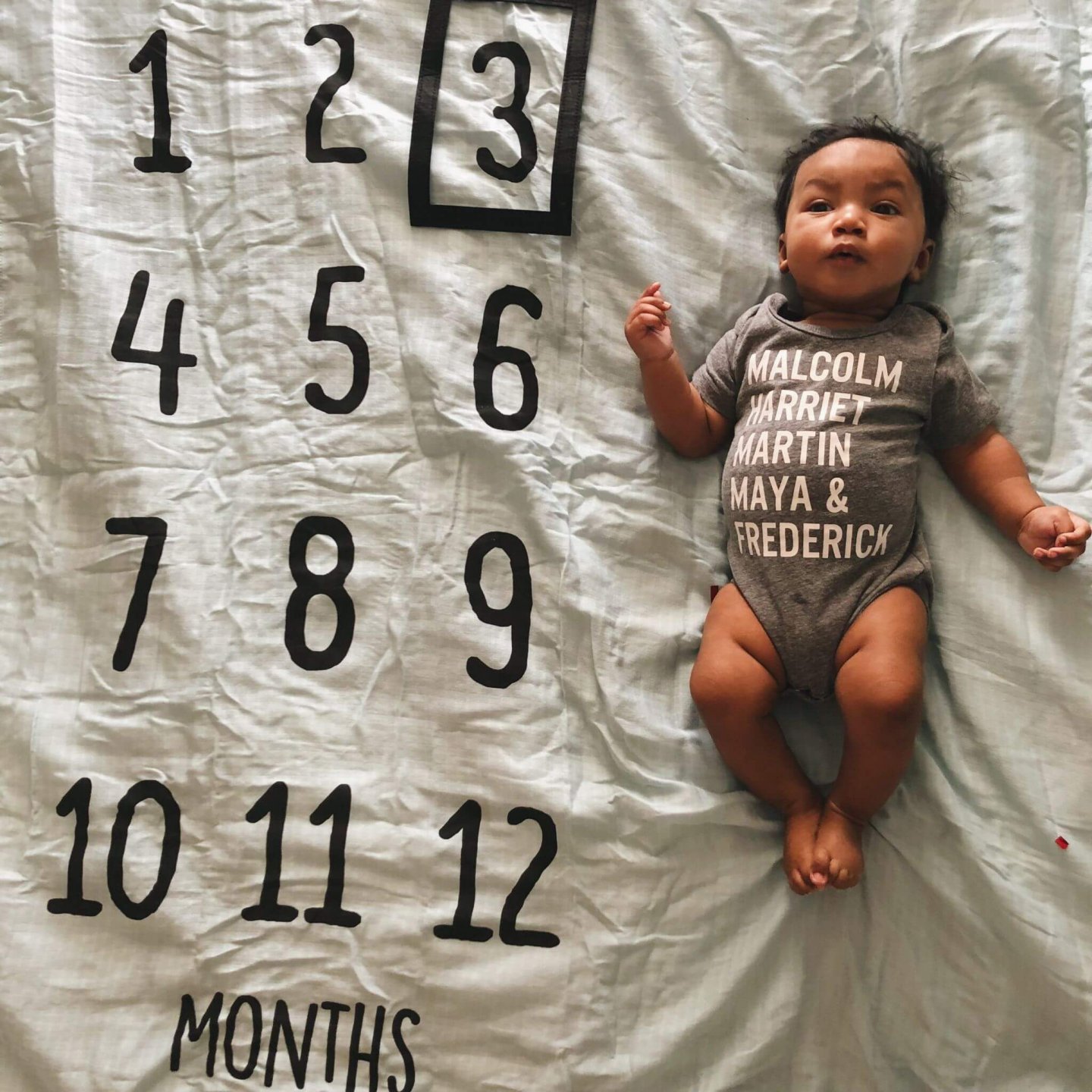 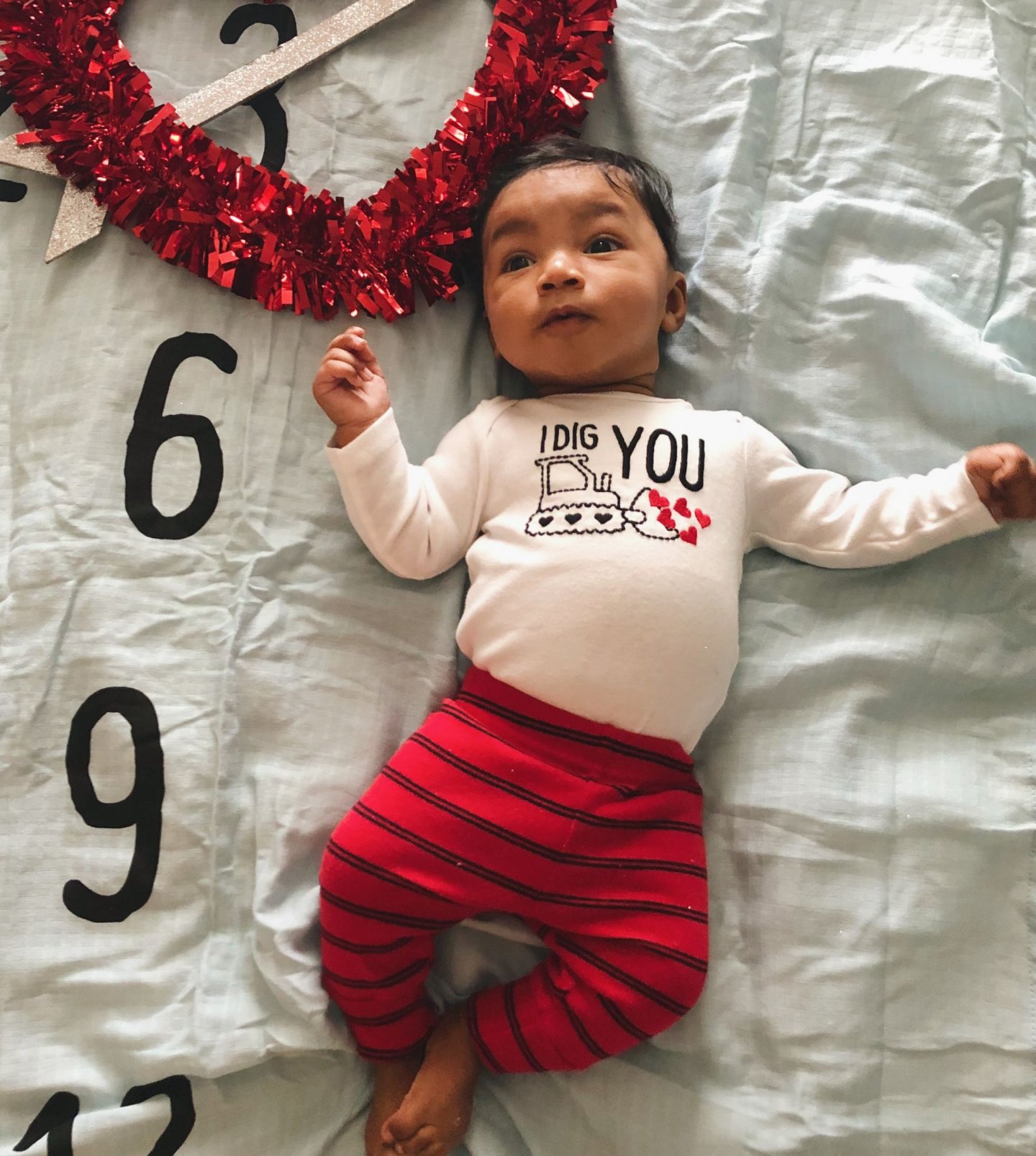 It’s month three which is wild. I can’t believe my baby has been here for three months. That doesn’t seem like a long time when I add up the days. I’m enjoying every second that I get with Cannon. He’s an absolute joy, and I love everything about him. That baby is moving even though he is going nowhere. He can scoot his body with his legs but refuses to use his hands as he would rather suck on them.

His hair does its own thing. I can brush it and brush it, but it ends up sticking up in certain spots. I need to find a good leave-in conditioner for his hair that is suitable for babies. He’s growing like a weed but still fitting in his 0-3 month and 3-month clothes. Basically, he’s a lean thing that has rolls on his arms and thighs when it seems appropriate. Also, he can soothe himself to sleep which I like to watch because he’ll be babbling away and fall asleep. It’s super cute.

Cannon loves his bath time. He has started to scoot down in the bath when he wants to get warmer which I think it adorable. I’m continually learning from him with his shenanigans. He has been sleeping through the night and wakes up around 3 or 4 to eat, but that only lasts for twenty minutes maximum before he falls back to sleep. If he sleeps on his stomach, he can sleep a full eight hours, but he’s picky with his sleeping.

Fingers. Cannon loves sucking on his fingers right now. He tries to fit the whole hand in his mouth and refuses to give up. Baby boy is a sucker for his fingers. Finally, he likes the pacifier. This took forever for him to get hip, but he takes it along with the bottle. Daycare has helped us out in those aspects.

Well, Cannon has thrush, so he hates all when I have to apply medicine to his tongue. He scrunches up his face and tries to get away but he can’t. I hate it, but I want his tongue to get better even though it doesn’t bother him at all. Not a fan of medicine unless it’s his gas drops because that is berry flavored. He will spit it out if it doesn’t taste good. Such a drama king.

Cannon is not a fan of missing out on his sleep. He likes to stay up all day then fuss in the evenings when he is not asleep. I wish he would take naps, but I can’t complain. It’s a process, and he just hates when he’s up past 8 pm or 9 pm.

Cannon is a no-good hair-pulling machine. I kid you not; I have lost some pieces of hair because of this guy. He has no care in the world when he’s yanking on it. Baby boy can put himself to sleep which is incredible. He’ll just chill for a bit in the bed before falling asleep. And, he’s a talker. He doesn’t say any real words, but he will babble forever. Cannon is going to talk everyone’s ears off, I guarantee it. It’s adorable, though and I can’t wait for him to talk my ear off. Now, he can grip things and hold his head up with no issues. We’re still working on the rolling which he does when I’m not looking.

Little man does not take his naps, but he does sleep at night. I don’t think I can complain because I’m getting sleep. There’s no real reason to complain. I’m very blessed to have such an easy baby – knock on wood. You know, I can’t complain because I’m sleeping at least, five or six hours now. The first few months, I got nothing, but I’ve been able to get the little man on a semi-schedule and routine. His body has been able to know when it’s time for bed. I think transferring him to the crib will be hard – more so on me because I co-sleep and I enjoy it. Maybe I’ll just get him used to it and then bring him back to the bed because I want him to stay in my room forever.

Yes, I am still breastfeeding. I made it this far, and I’m proud of myself. It can be a struggle, and I have a slacker boob that only produces for Cannon and doesn’t do a thing when I pump, but I’m doing well. I pump when I’m at work – it’s nice to work for a company that has created a designated room for mothers, and they have encouraging pamphlets and information in the mother’s room. Honestly, I thought I would have given up because it was a struggle and sometimes, I feel like I have to feed on demand, but I don’t mind. Weirdly, I’m enjoying it all. 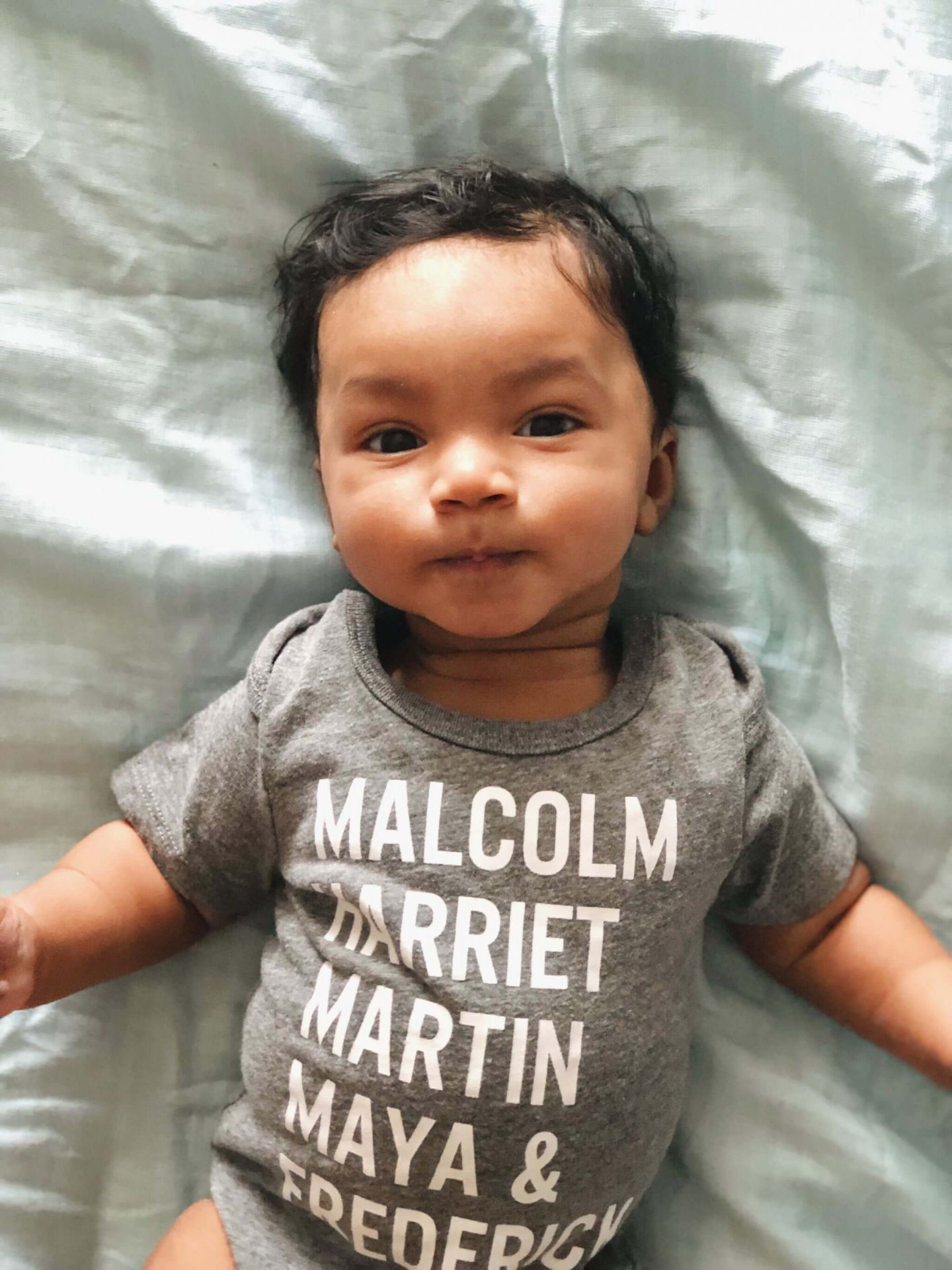 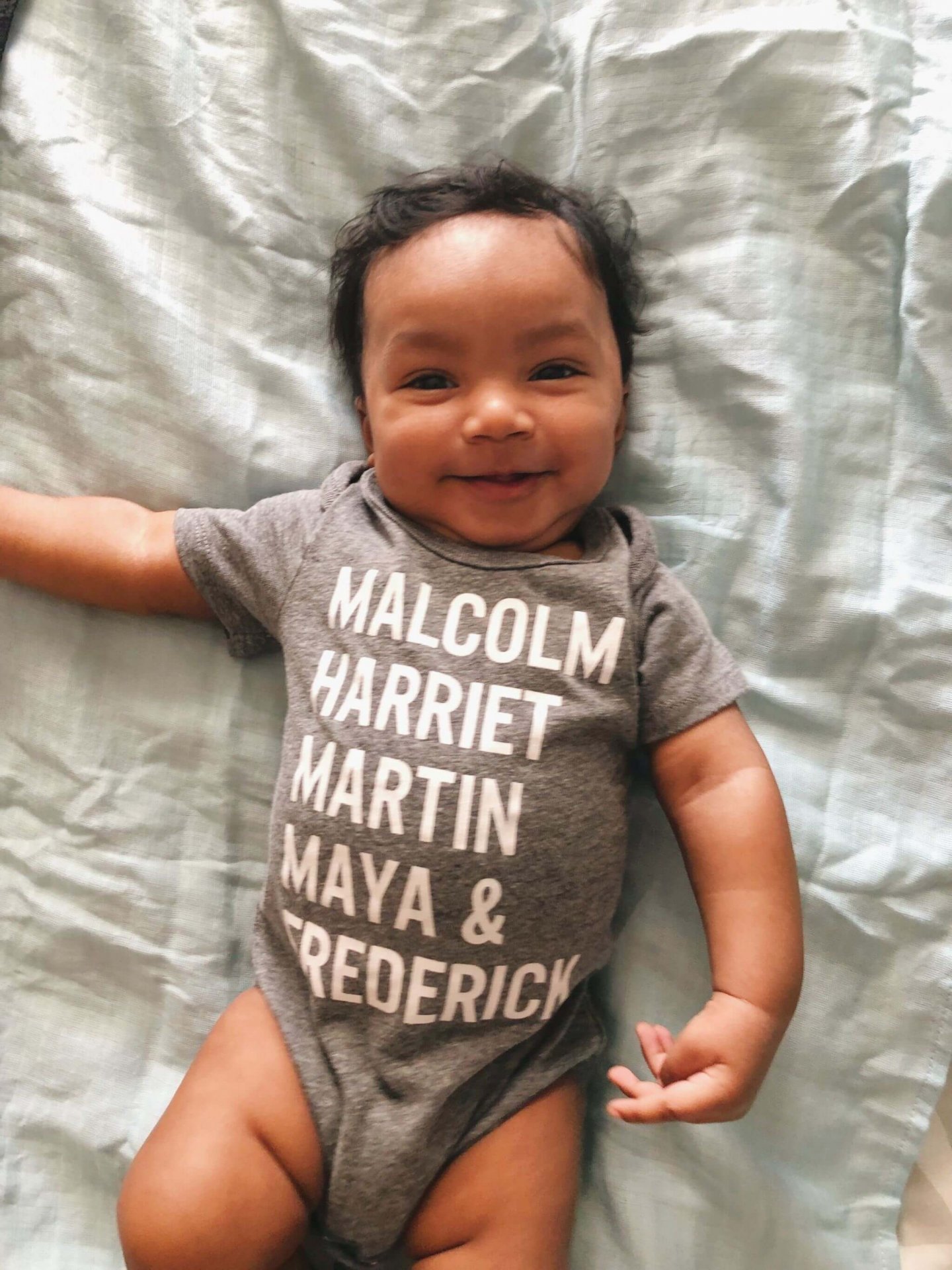 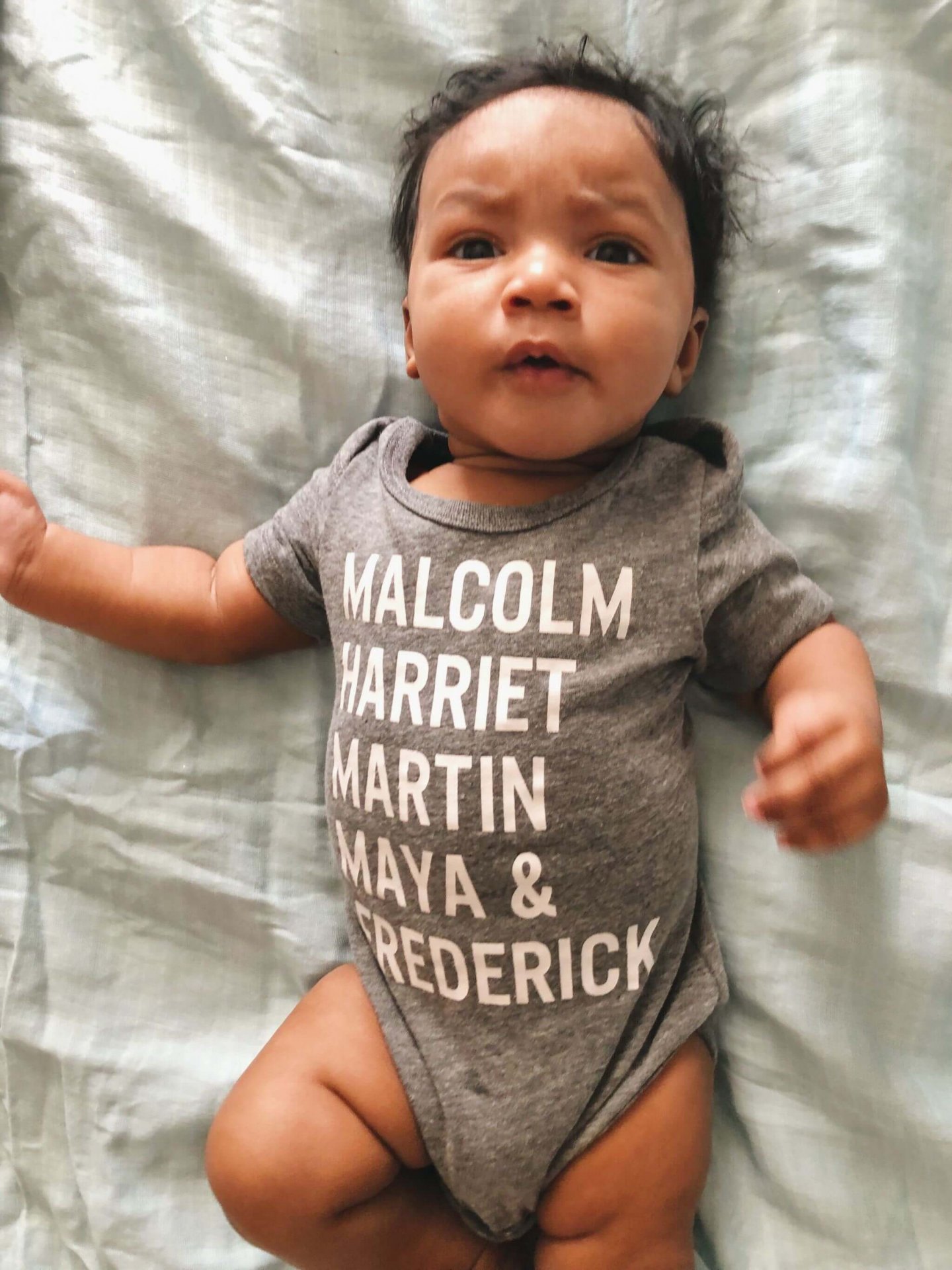 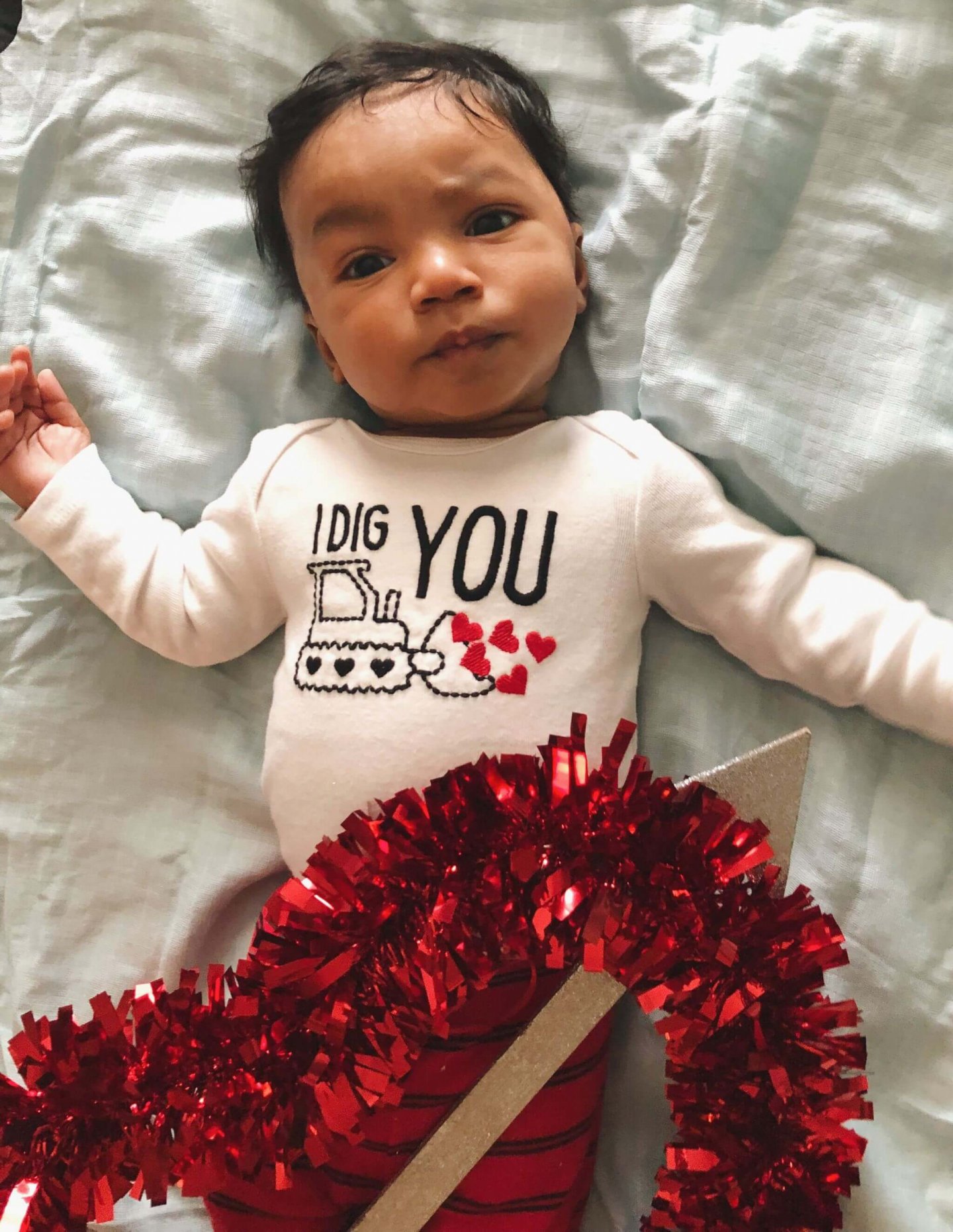 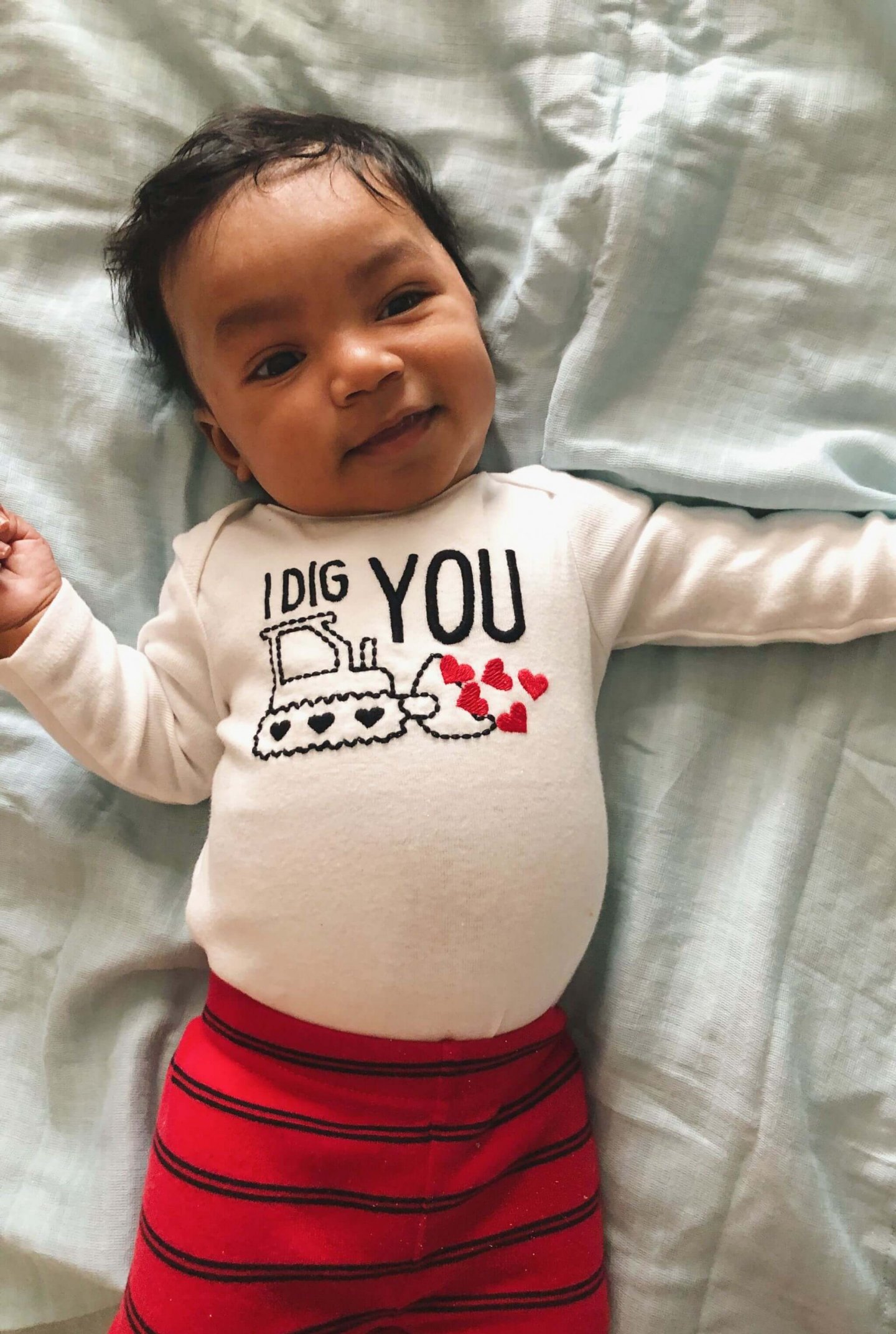