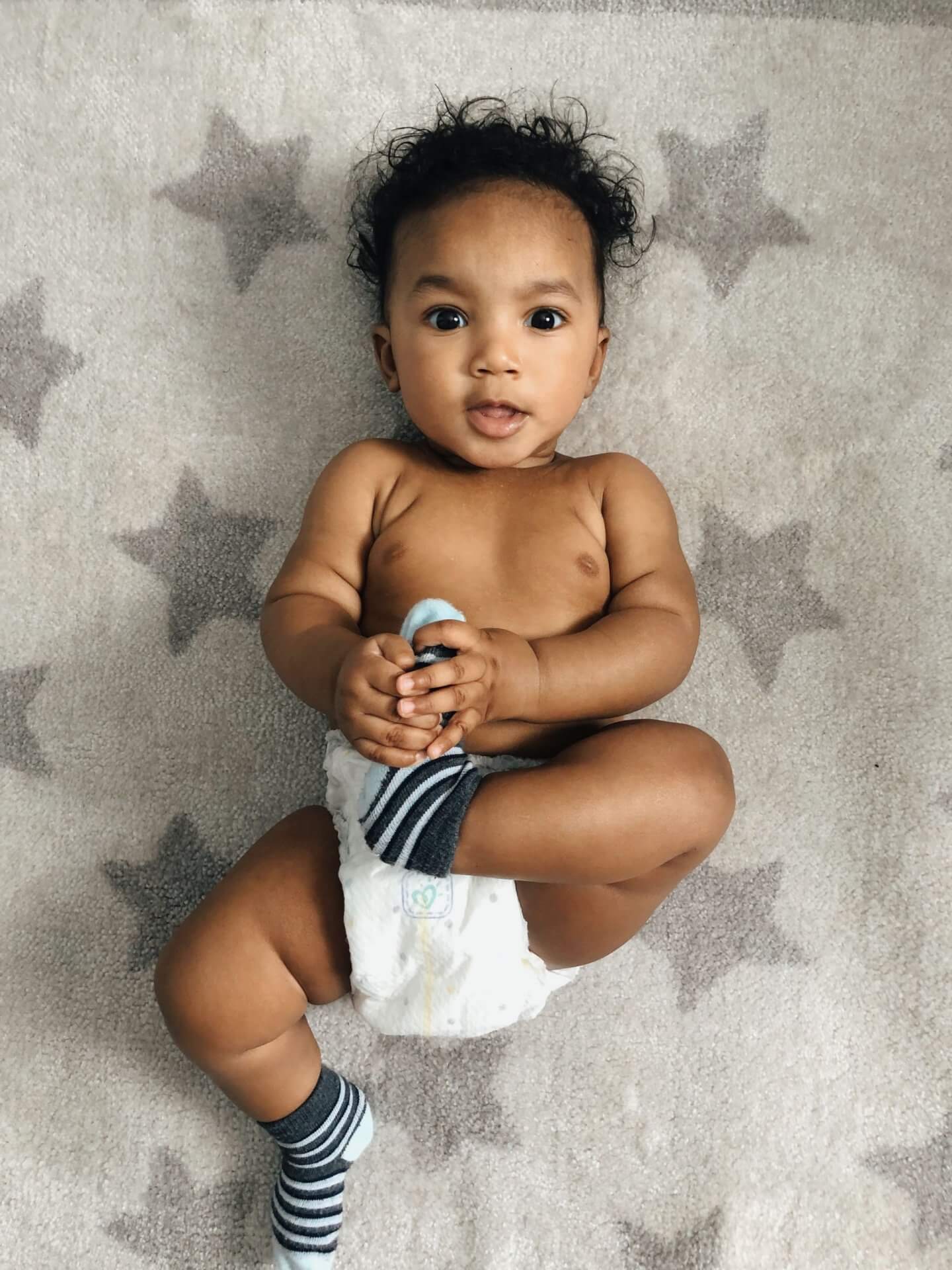 The reality of the first year of the baby isn’t really talked about. Instagram glories it from time to time with milestone pictures and cute pictures of the baby. Take it from me — I display the good moments and might speak on the bad moments here and there. To be honest, our first year with Cannon was not perfect. There were ups and downs, highs and lows, moments that I wish could have a do-over, but we made it.

Most of us that have had babies, more than likely daydreamed about the perfect moments and all the firsts that our little one would have. We imagined all the cute outfits and how the nursery would look. All the reading and research, we think we’re prepared, but that’s not always the case.

Let’s dive into my expectations vs reality because reality taught me a lot. When it comes to a baby — don’t set those expectations high where you think you’ll accomplish everything and be supermom. Supermom is super because of reality.

I thought my labor was going to be noticeable and long. I was expecting contractions for hours and just knowing that I was going to be having the baby. Not only that, but I didn’t want to have extreme measures taken when it came to giving birth. My birth plan included pushing and massages until it was time for the baby to come. I had a yes when it came to the epidural, there was no question about that. Last, I expected to be cute. Like a little mascara there and probably some filled in eyebrows.

Be prepared! I’m so grateful that I had packed my bag, in advance as I went into labor two days before my due date and a week before the doctor thought I would give birth. I had packed my hospital bag a few weeks, in advance as a precaution. I will that say that I had no idea what contractions would feel like — I was in labor the whole day Sunday and had no idea until 3 AM on Monday when my water finally broke and the pain was unbearable. If you think it’s time, trust your judgment.

My doctor didn’t believe me 100% and I can’t even imagine what would have happened if I waited. Unfortunately, my birth plan didn’t go as planned either. Without asking, my doctor did his thing and sliced me open to get the baby out which is something I wanted to avoid. Nonetheless, I didn’t push too long and I wasn’t in labor long. And, the pictures aren’t flawless, you can tell I’m tired and just over everything.

I made plans to cook different recipes from my Chrissy Teigen cookbook. The cookbook is still bookmarked on different pages with the recipes that I wanted to cook. And, I had a few books to read. Other than that, work on a sleep schedule with Cannon and figure out our daycare plans because that was still in a loop for us. Honestly, I thought I was going to be this multitasking supermom.

Literally sleeping all day when I got the chance. Chase worked evenings at the time, so he wasn’t the most helpful during that period of time. I did not cook or read any books. My parents and siblings would stop by so I could take a shower because that’s all I wanted during recovery. Trust me, a bath or shower was all I needed and wanted after labor.

Sleep schedule galore. Cannon was going to have a sleep schedule and just sleep all the time so I could do things. That was the plan and it sounded really good. Not only would he sleep on schedule, but in his own bed as well.

A girl can dream. Cannon took long naps but never when I really wanted him to. Plus, I didn’t get too hip to sleeping when the baby slept because I wanted to clean and just make sure things didn’t pile up. Looking back, I wish I had gone to sleep instead. Many things could have waited especially since I ran on so little sleep. 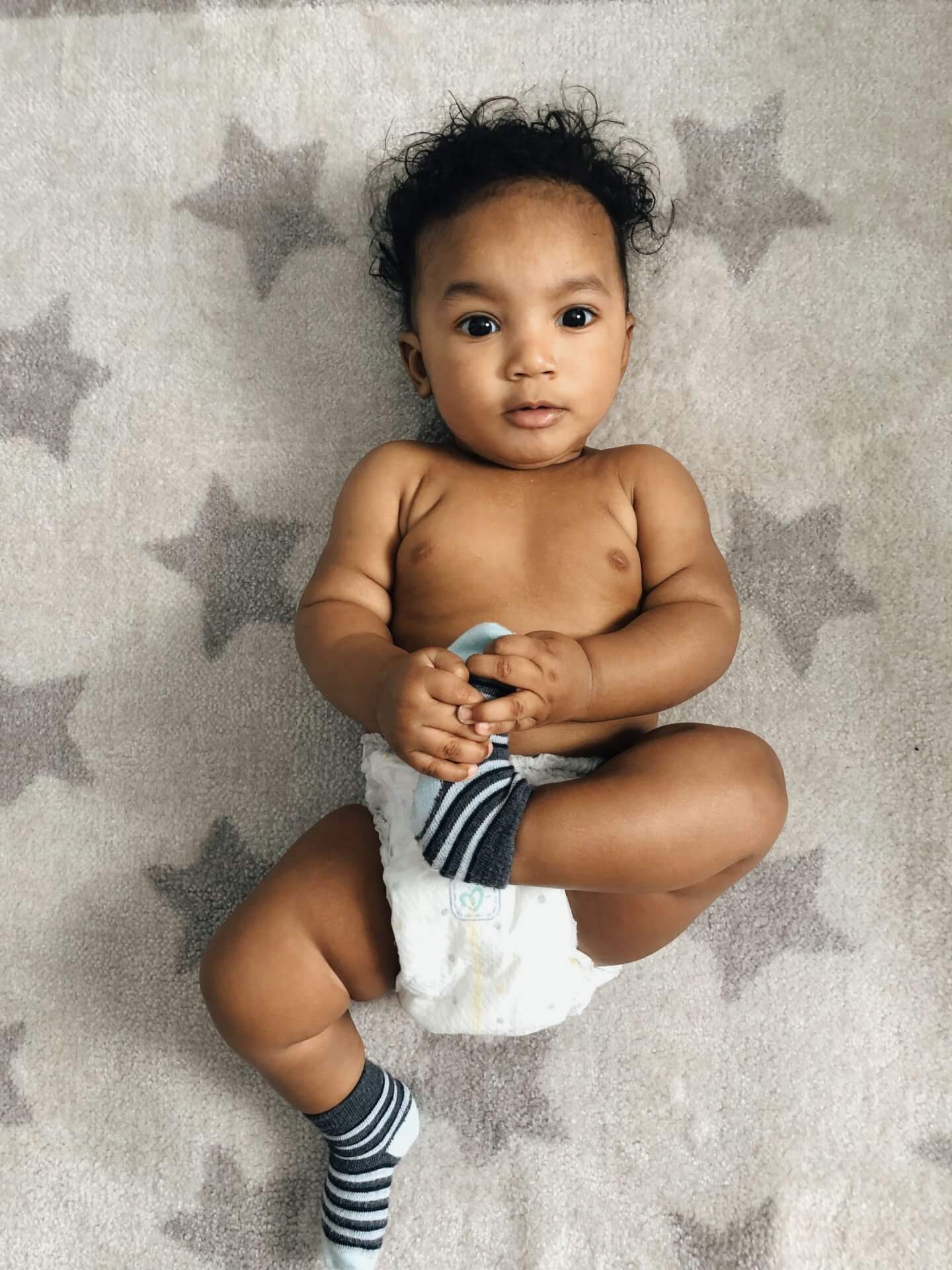 Honestly, I had plans to read. Like I stated above, I had plans to read a stack of books that I had acquired. And, I wanted to do little things when I had time. That was it. That’s all. After maternity leave, I just wanted moments here and there to pamper myself and do some self-care. Or take a nap, that’s about it.

None. There really isn’t in free time as you’re hustling to newborn doctor appointments and getting sleep or trying to get the baby to sleep. Free time is nonexistent with a newborn or child, in general. As a parent, you don’t get too much time away unless you plan it and bring in the grandparents. When Cannon was a newborn, I really took it on myself to just be a mom at all times.

After the first few months, Chase wasn’t really around as he was playing football in Atlanta so free time didn’t happen. I was doing the parent thing with help from the grandparents when they were free. I can say that if I had a moment of pampering, Cannon was there. He came to quite a few pedicure appointments.

People talk about their baby sleep schedules all the time. There are people with babies that go to sleep at seven at night and wake up at seven the next morning. How amazing is that? That is what I wanted from Cannon and I was determined for it to happen. An early bedtime meant that I could get things done and that was important for me. And, sleeping. Sleeping was a big thing especially as I feel like we lose so much sleep the first year.

Sleep regression is real. Sleep schedules don’t always work. And, I was not investing in a program for sleep training because what if it didn’t work? Cannon slept through the night until five months and then there were moments when he woke up at night and I tended to him. Why would I not? Many people told Chase and I to let him cry it out but our child didn’t drink his bottles at daycare so I was convinced he was hungry and I’m not starving my child. Around nine or ten months, we got back on schedules. Leaps are real and they happen. Don’t expect the perfect sleep schedule, there will be hiccups. 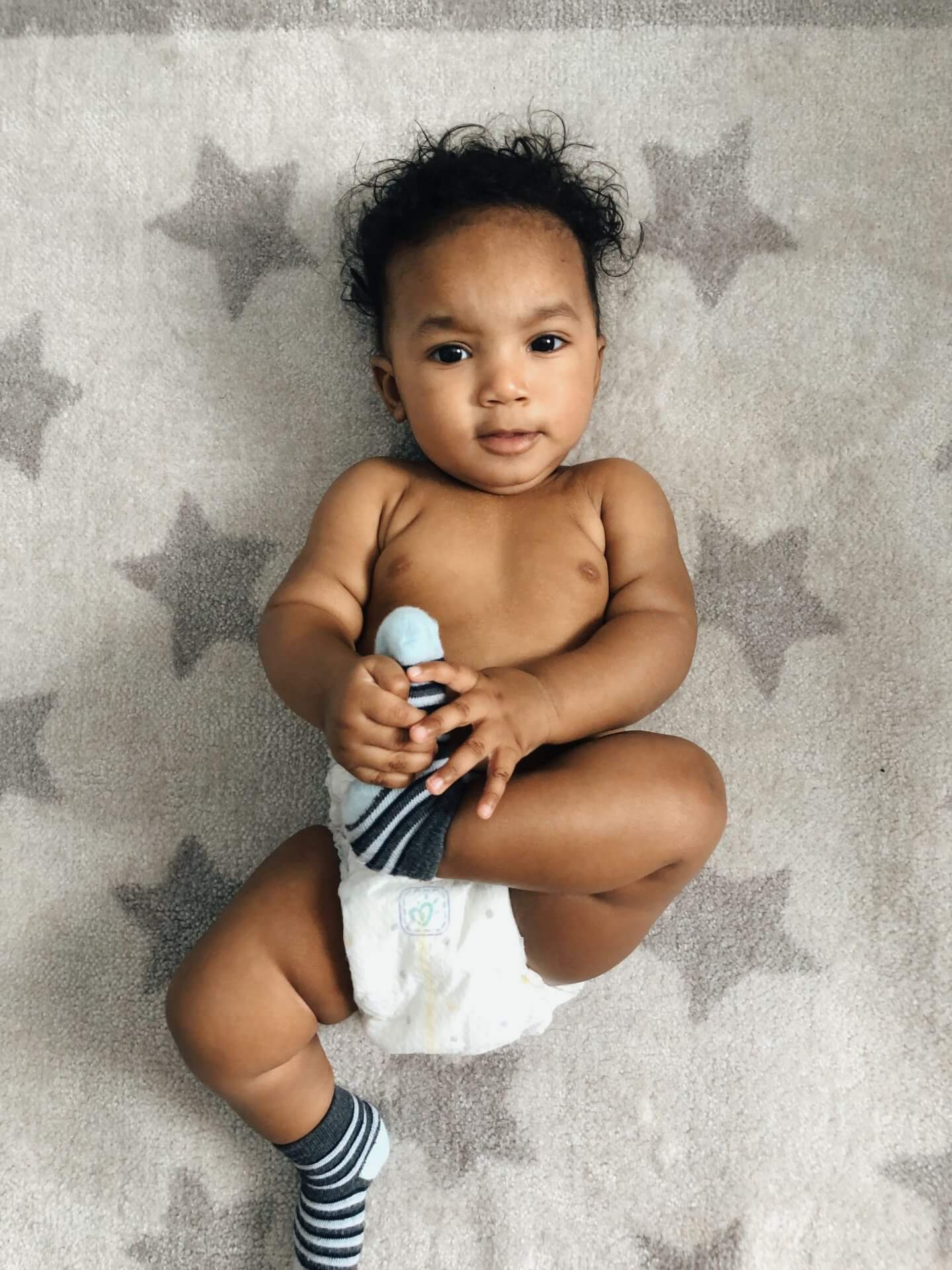 Even diaper changes, switching roles on who got up at night, and taking turns with just everything was my idea. There are so many influencer couples that I follow and they have it all together with the duties. I wanted that and I expected that. The idea of split duties was set in my mind and I didn’t consider anything else.

My guy played football during Cannon’s first year and it was out-of-state — that meant many of the responsibilities fell on me. It wasn’t balanced at all. Honestly, I don’t think many of the parenting duties are balanced at the beginning of it all. I say this from witnessing a few friends with children, as well. The moms take on a lot and some of us will be lucky to have dad take over when they’re older and we can take a nap or two.

Obviously, you know you’re going to love your child. This is your child and why would you not love them?

Honestly, I can’t describe all the love that I had and have for Cannon. From the day that he was born until now, it’s just been a swelling of my heart. That boy is my whole world and he’s just really shown me a lot about myself. I love Cannon so much. I don’t even think I could amount it to anything. There’s not thing can capture how much I love him. Every single thing that has gone on, whether it’s good or bad, my heart has grown and continues to grow.

The first year was a rollercoaster ride and I would not redo it because I enjoyed it.

When I look back, I’m happy to have experienced the things that I experienced because it taught me a lot about myself and how to raise my child. Long story short, I am my own version of supermom. And, I love my child to infinity and beyond. He’s amazing and he’s going to continue to be amazing. And parents out there, you’re going to do fine.

Also, if you think year one sucked — you have many more years to make up for it. 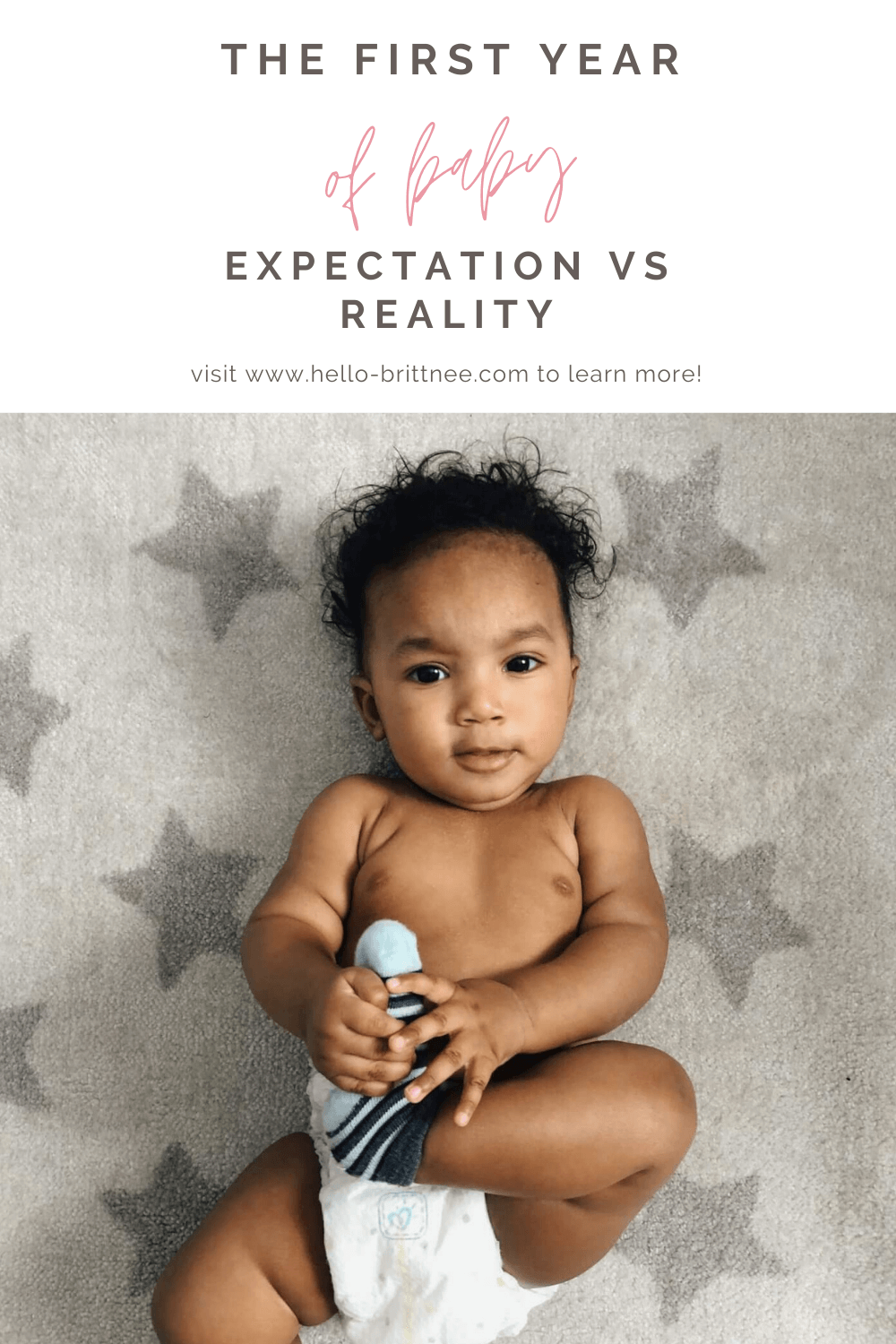 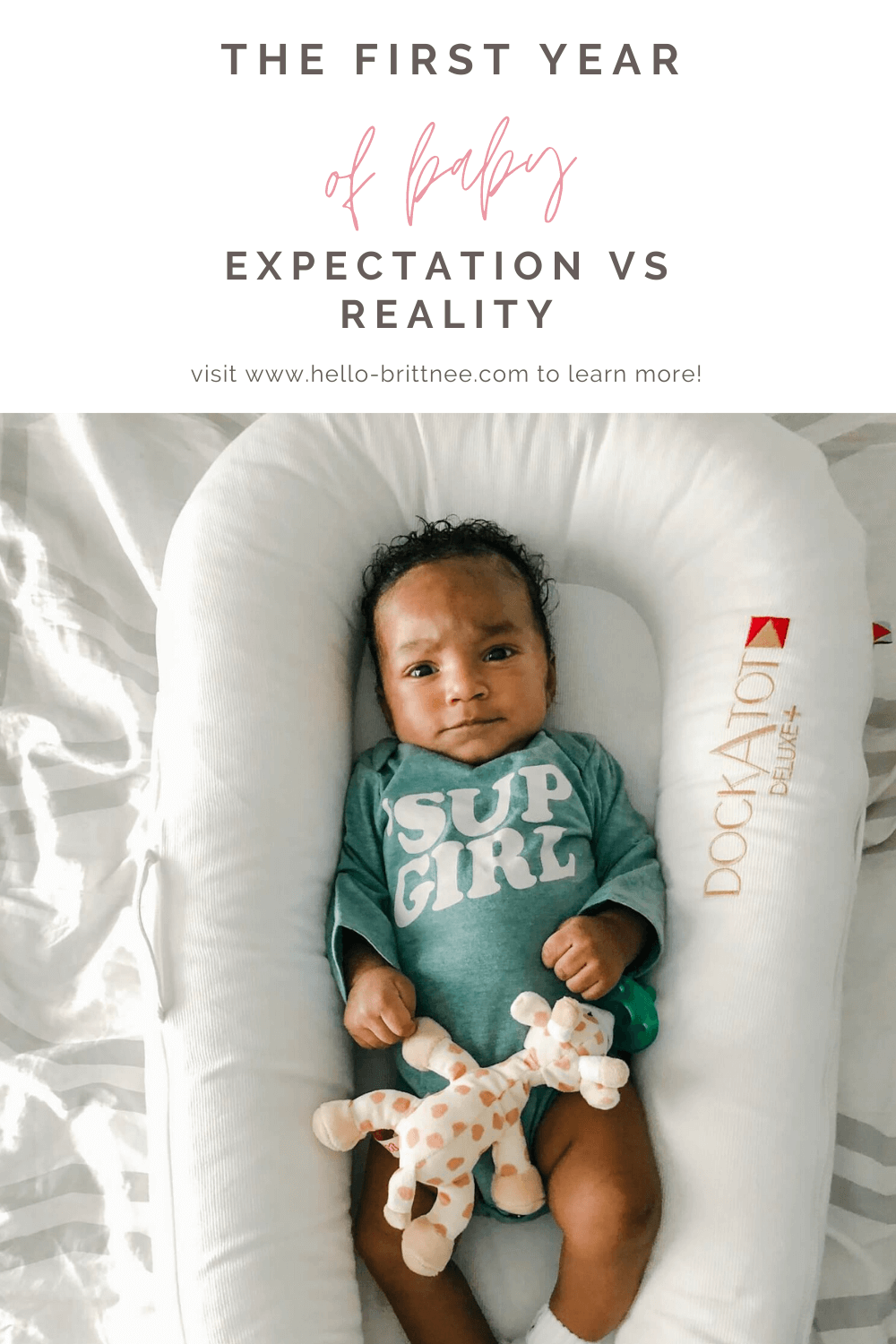 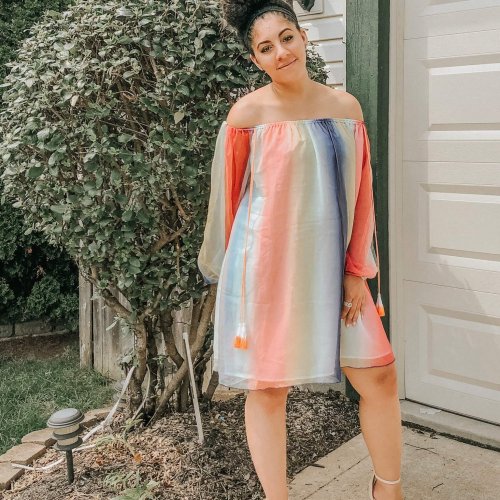 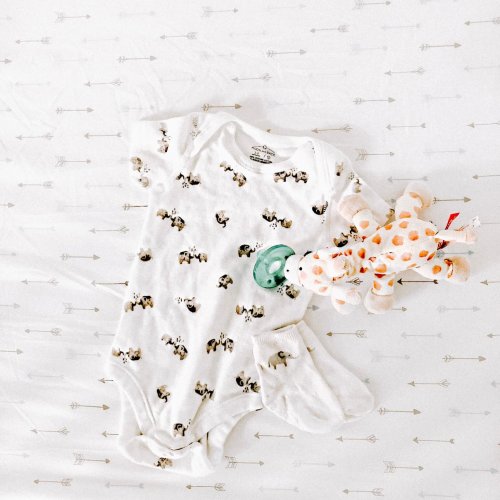 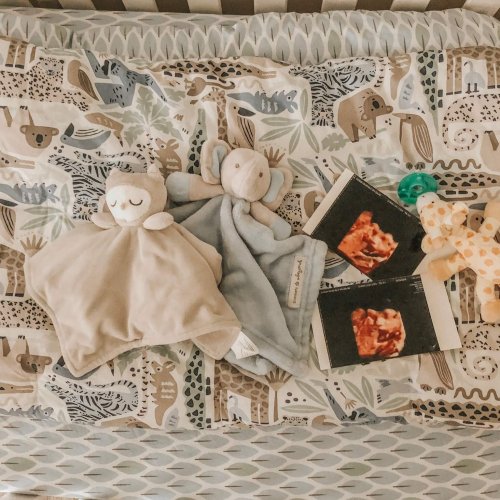 4 Things They Don’t Tell You About Newborn Life