2017 was definitely a year of… so much. A year of challenges, changes, growth, learning experiences, new experiences. It was a lot. Like it’s been said, it was the best of times, it was the worst of times. I learned a lot about myself, I can say that. I learned how to handle certain situations and how to buy a house (I bought a condo!). I learned about GAP Insurance after my lease was rear-ended. My boyfriend got his first Superbowl ring and I was able to go to his Ring Ceremony which was fab. We dealt with injuries and getting a Master’s Degree. I was able to partner with some amazing brands and monetize my blog — my first sponsored post happened this year and I couldn’t be more grateful for the opportunity. As you can see/read, a lot has happened.

Here’s are some fun things that happened in 2017…

My boyfriend, Chase plays football which is why the Superbowl was able to happen in my life. This was his rookie year and he went to the Superbowl so that was fun! I wasn’t able to go to the Superbowl nor did I ask but I was able to watch and it was one of the best moments because I just think he deserves the best. I was able to go to the Ring Ceremony and I re-watch the videos because it was amazing. The ring is gorgeous and I don’t think any ring can compare to this for him beside another championship ring. Also, I met Gucci Mane at the party! 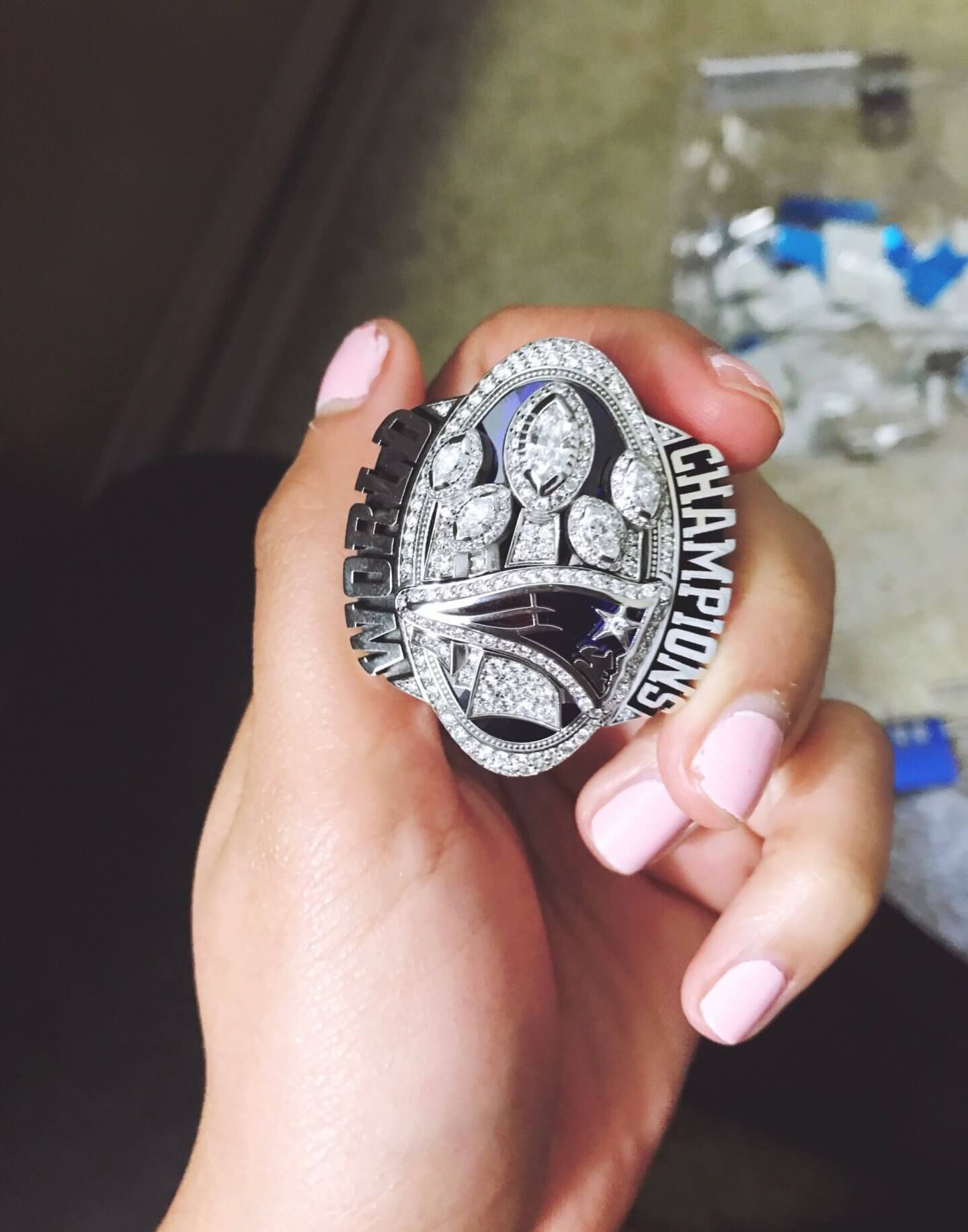 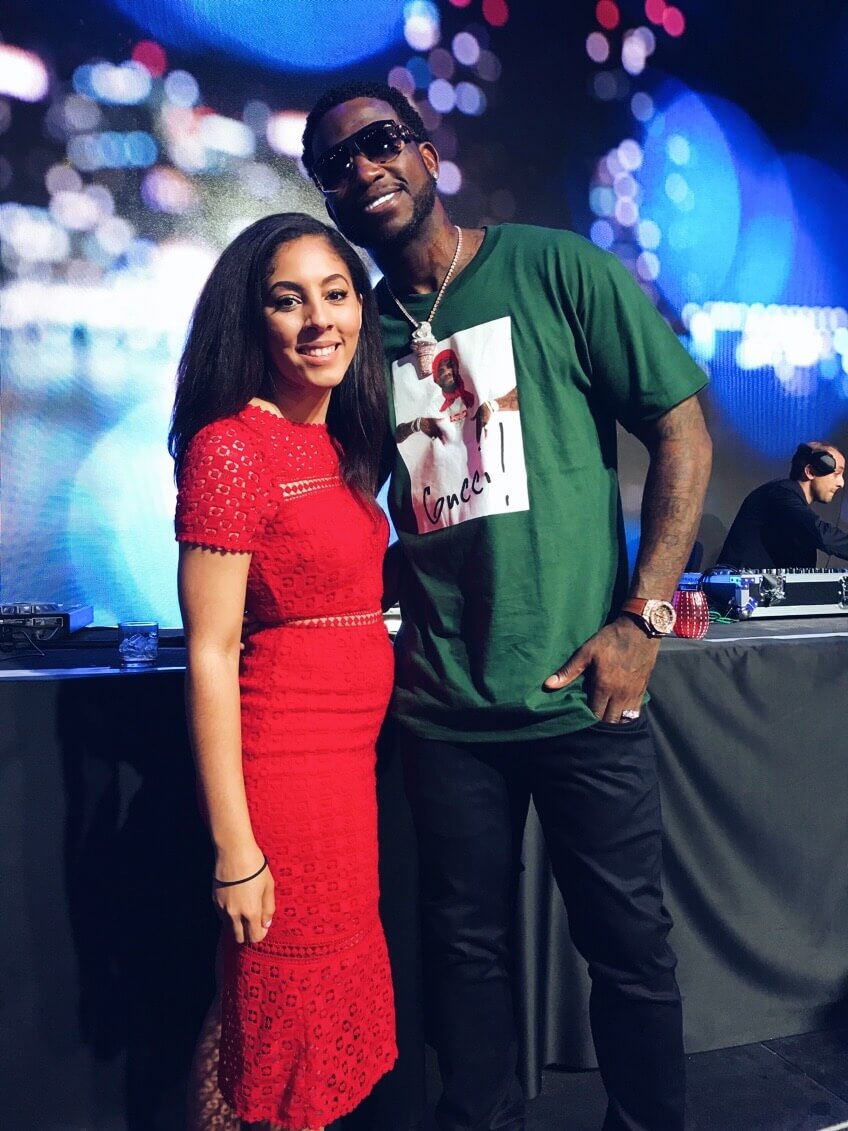 I went out of the country for the first time!

Chase & I took a trip to Puerto Vallarta, Mexico as our summer trip. It was beautiful as you can see pictured below. We stayed in an AirBnB for two nights and with Vidanta Resorts the rest of the time. I will say that staying downtown was amazing because we were able to experience the culture and vibes of the city. I wrote all about it here and you can check it out to for some advice if you plan to go. The food was amazing and I got a tan. If you want to go to Mexico, check this place out. Most people talk about Cancun and Cabo but Puerto Vallarta is definitely getting up there and it’s just so pretty and the people are nice. 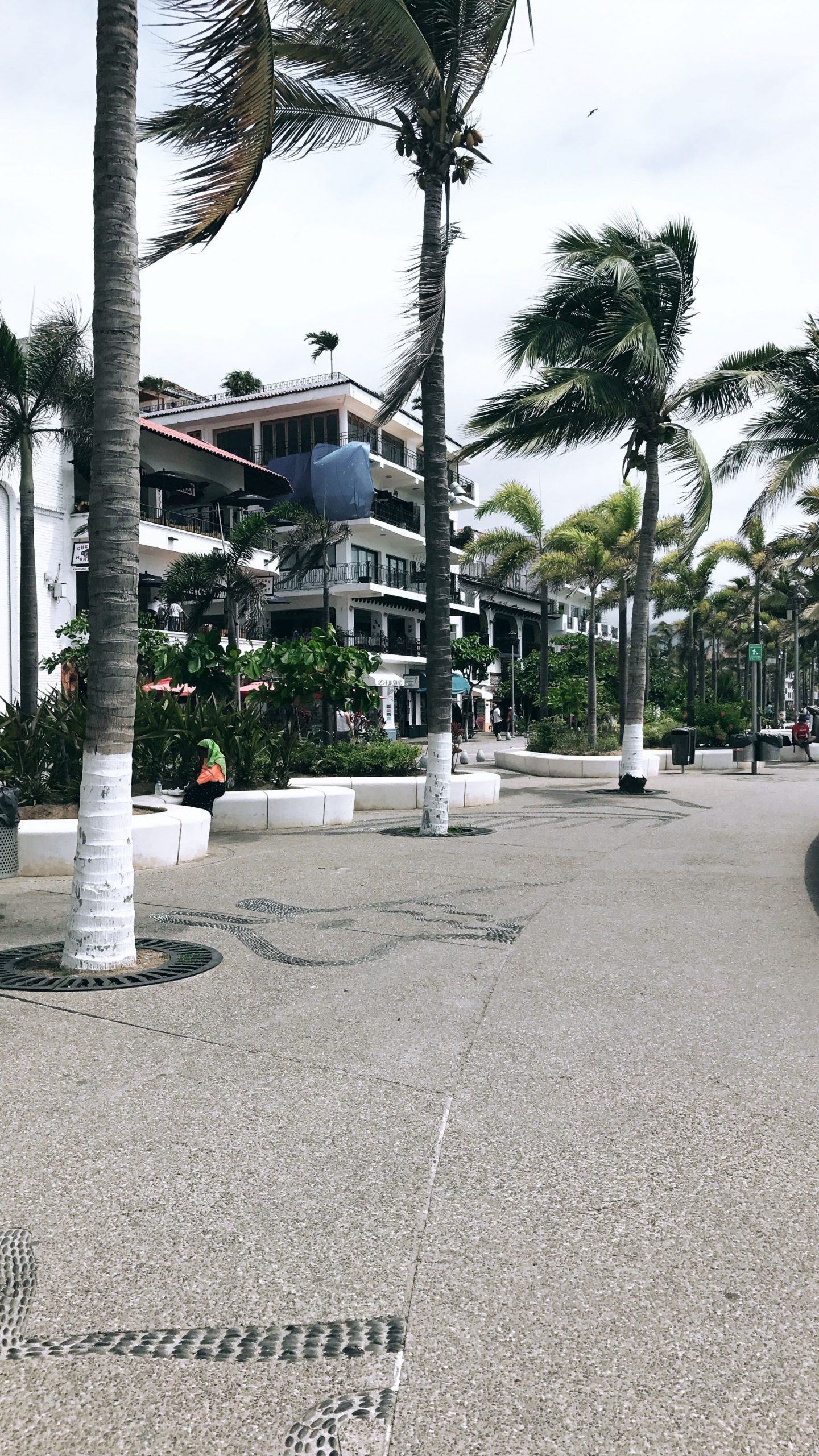 I bought a condo!

This was an amazing experience because it had been in the back of my mind for over a year and a half. It was hard to find a place previously because I have a dog and he’s a pitbull so there are breed restrictions which are dumb, tbh. Anyways, I bought a condo and I went through a lot to get there — from placing an offer on the house the day before I go to Mexico and having to communicate while I was in Mexico to having delays due to myself and the buyer. I wouldn’t trade the experience, maybe buy an actual house instead but it was awesome. I love my condo and it’s not a work in progress because it was pretty fully loaded when I got it. The decor part has been the work in progress because I’ve been taking each room slowly. I should reveal each room as they get done. 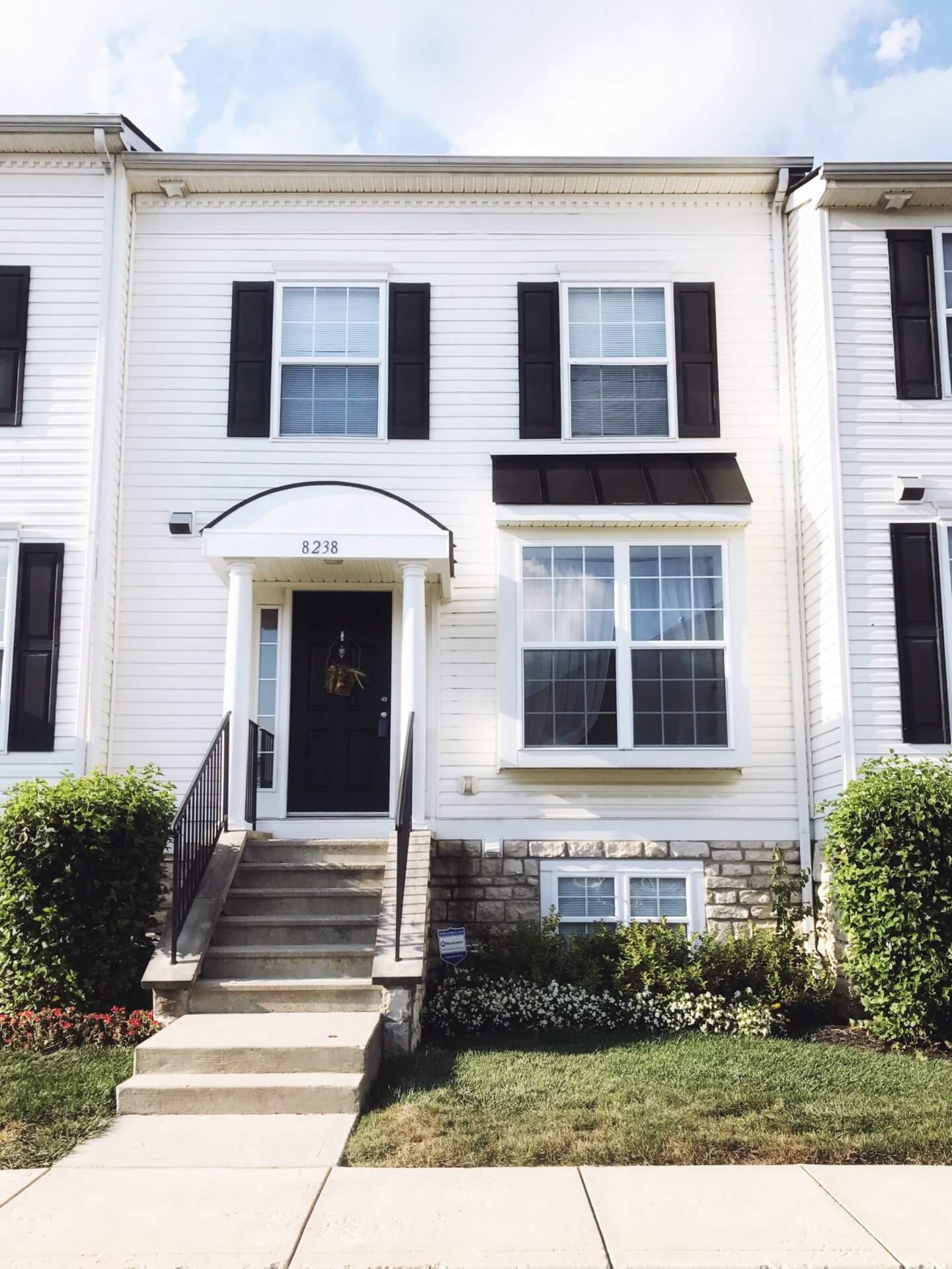 Thanks again to Kelsea for the invite! I went to my first blogger event which was Yoga focused where Chipotle catered and we had two shops to check out. It was amazing because I had not done yoga in forever but it was a great release. I felt great afterward and left with some new blogger contacts. I wish I could flood this post with images but I did write a post on it that has tons of images for you to enjoy. One of my 2018 goals involves being more active in the blogging community whether’s it is going to events or traveling for conferences. If you want to connect, let’s connect! 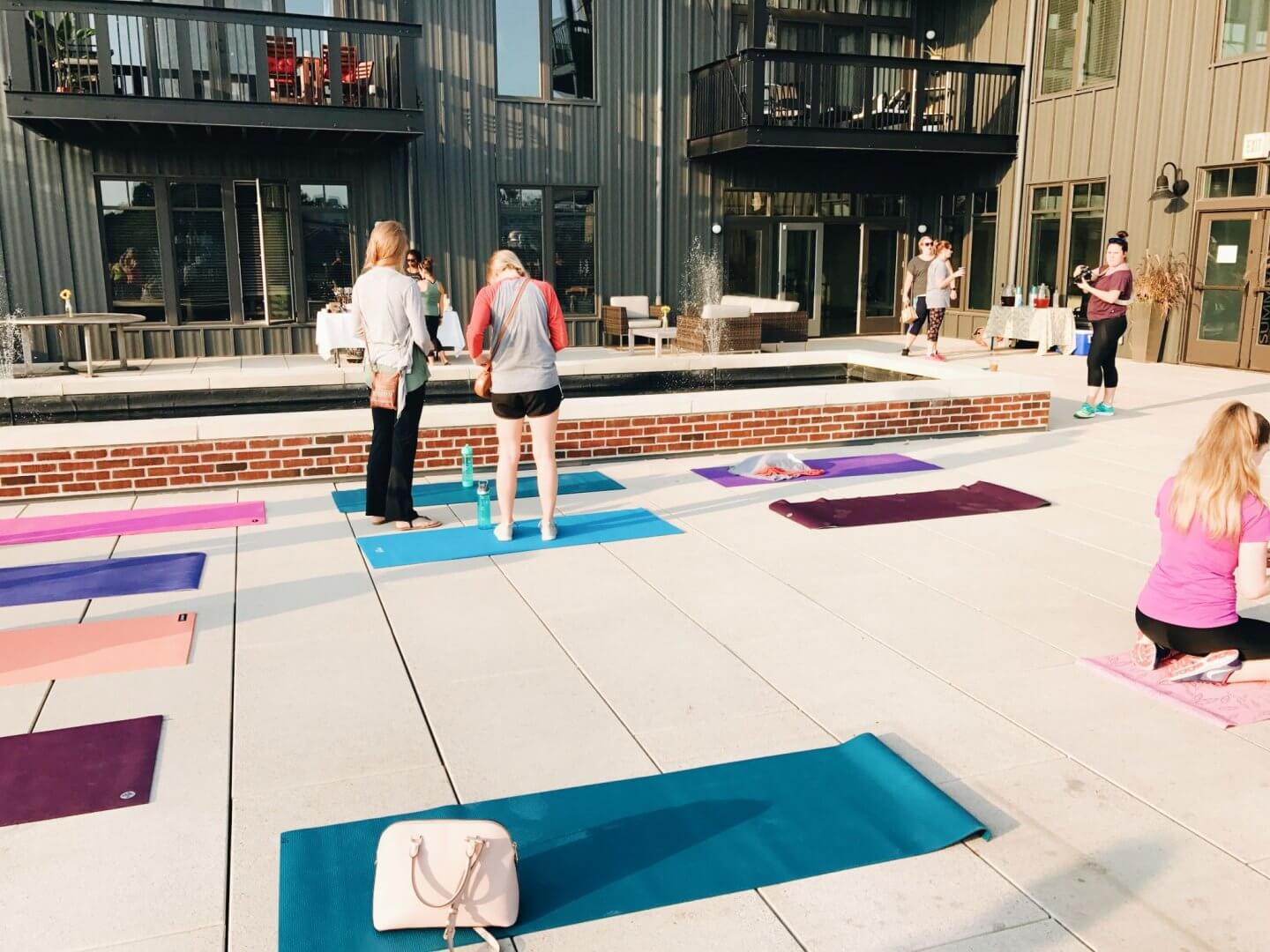 Who doesn’t love Disney World? My sister had an internship at Disney World so you know my mom took advantage of going down there monthly to visit her and enjoy the warmth of Florida. Now, I’m not a first-timer but Disney has always been my thing. This trip was cool because there was no rushing around to get on rides which is what is usually done. We just chilled out and walked the parks which were nice because there wasn’t any sweat involved. If you get the chance, do Disney at times when kids are in school. Peak time is the worst but I feel like things move faster during those times. Get an ice cream bar and enjoy yourself! You’re never too old for Disney. 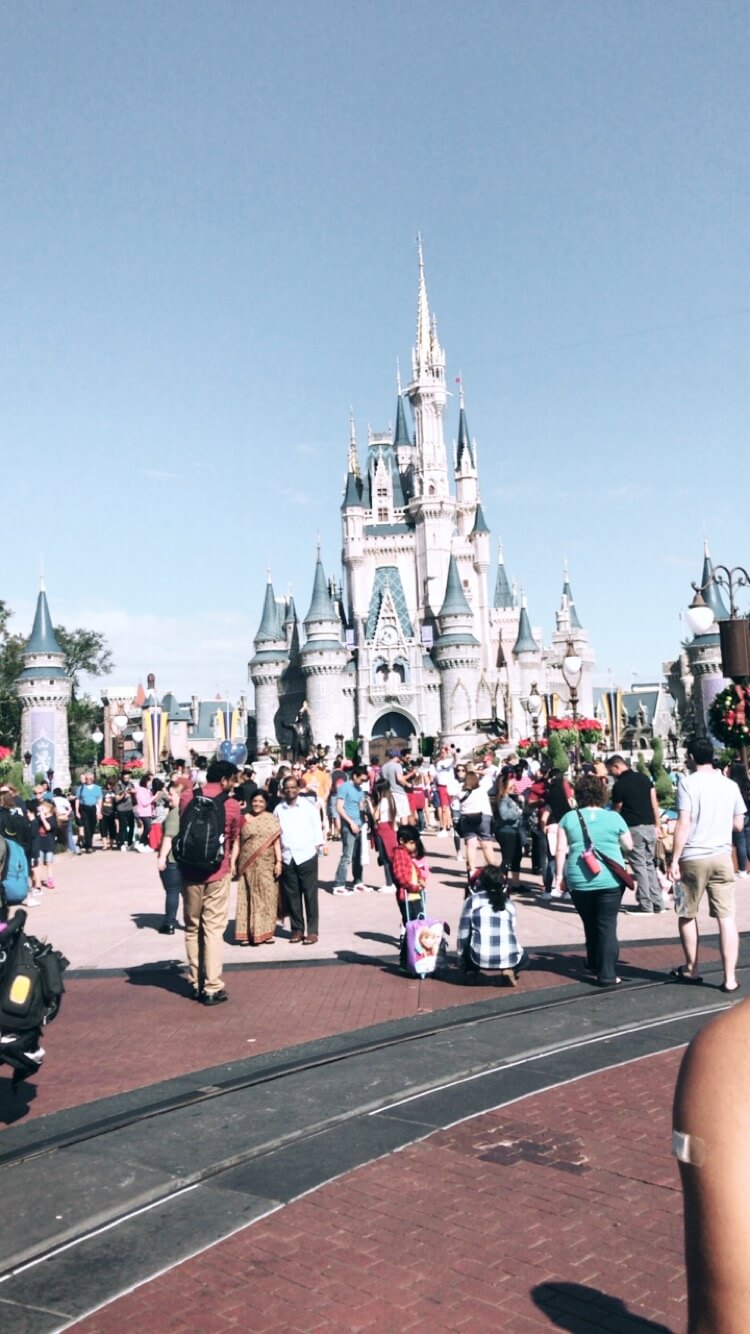 I love Chicago but I had never been during the holiday season so you know I had to drag Chase to Chicago for a long weekend. It was amazing but so cold! He had never been and that really made me happy because my boyfriend likes to travel and I feel like he has been everywhere due to playing college ball and all the traveling that adds up after four-five years. Nonetheless, he was amazed as was I. It was gorgeous and it made me want to move ot Chicago. I really would if I had to the chance, not going to lie. It’s a gorgeous city and there is so much food! 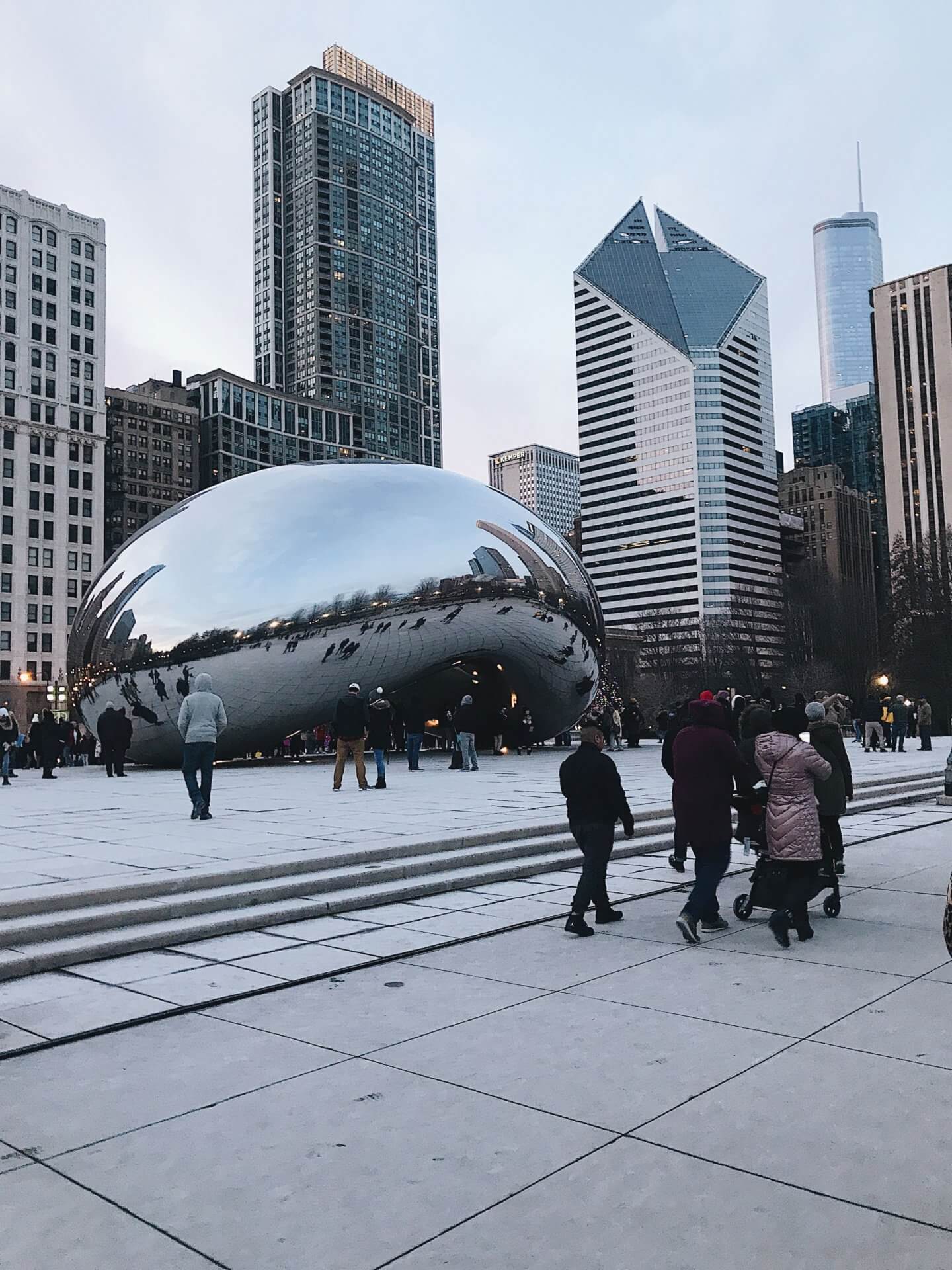 Chase got his Masters!

The one thing I can say about my boyfriend is that he’s always going. He was doing his grad school things while going from 5/6 am practices and being gone until 9 pm before he got hurt. Like, he’s just always doing something and I’m always telling him to sit down. But, this was the icing on the cake. Back in July, he tore his Achilles and we didn’t know what was going to happen. He had his surgery and came back to Columbus for his rehab (still part of his team, thankfully!!) and went right to school and secured an internship. He’s always working and it’s motivating to see. A few weeks ago, he walked away with his Masters and I’m really happy for him because like I said above, I think he deserves it all. So, congrats to him!! So proud as you can tell by my chub cheeks and the huge smile. 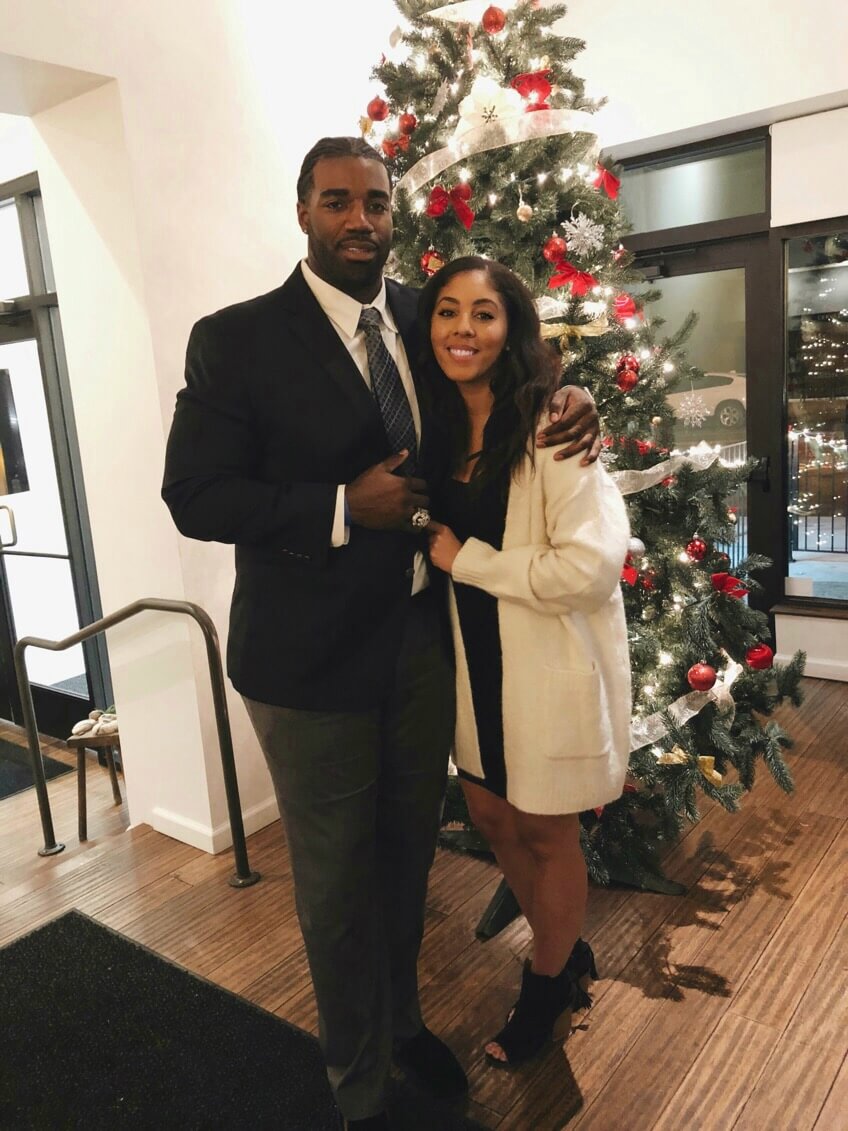 Can anyone say they had a perfect year? I don’t think so but if you did, please share your tips.

2017 wasn’t terrible as you can see by all the great things that happened but bad things do happen. Challenges do occur and we have to try our best to see God’s plan for it all. I wouldn’t say I had a bad year but I wouldn’t say it was a perfect year. There were ups & downs which had to be understood and worked with. I wouldn’t trade this past year because it’s been great.

What are your goals or resolutions? 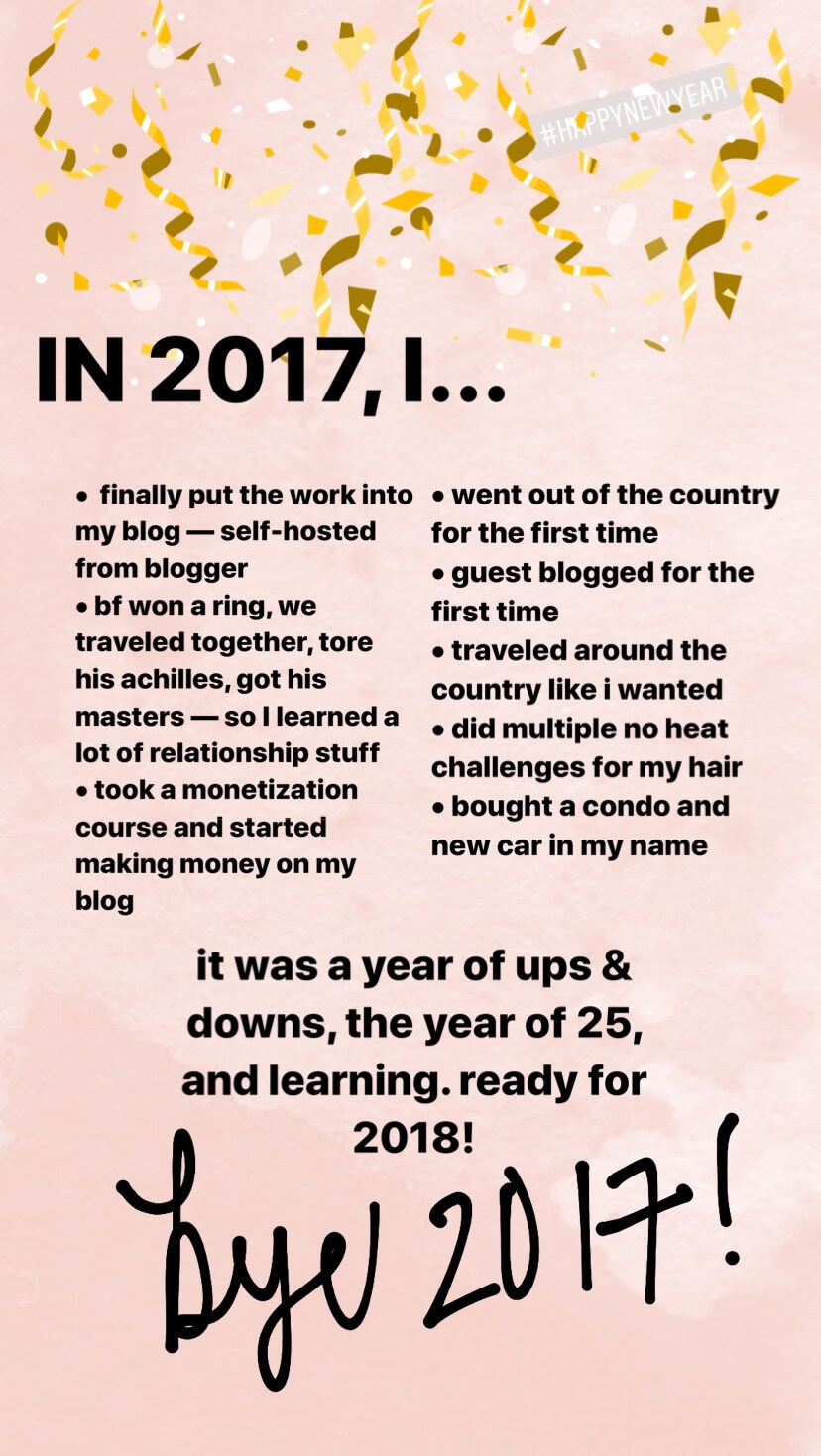 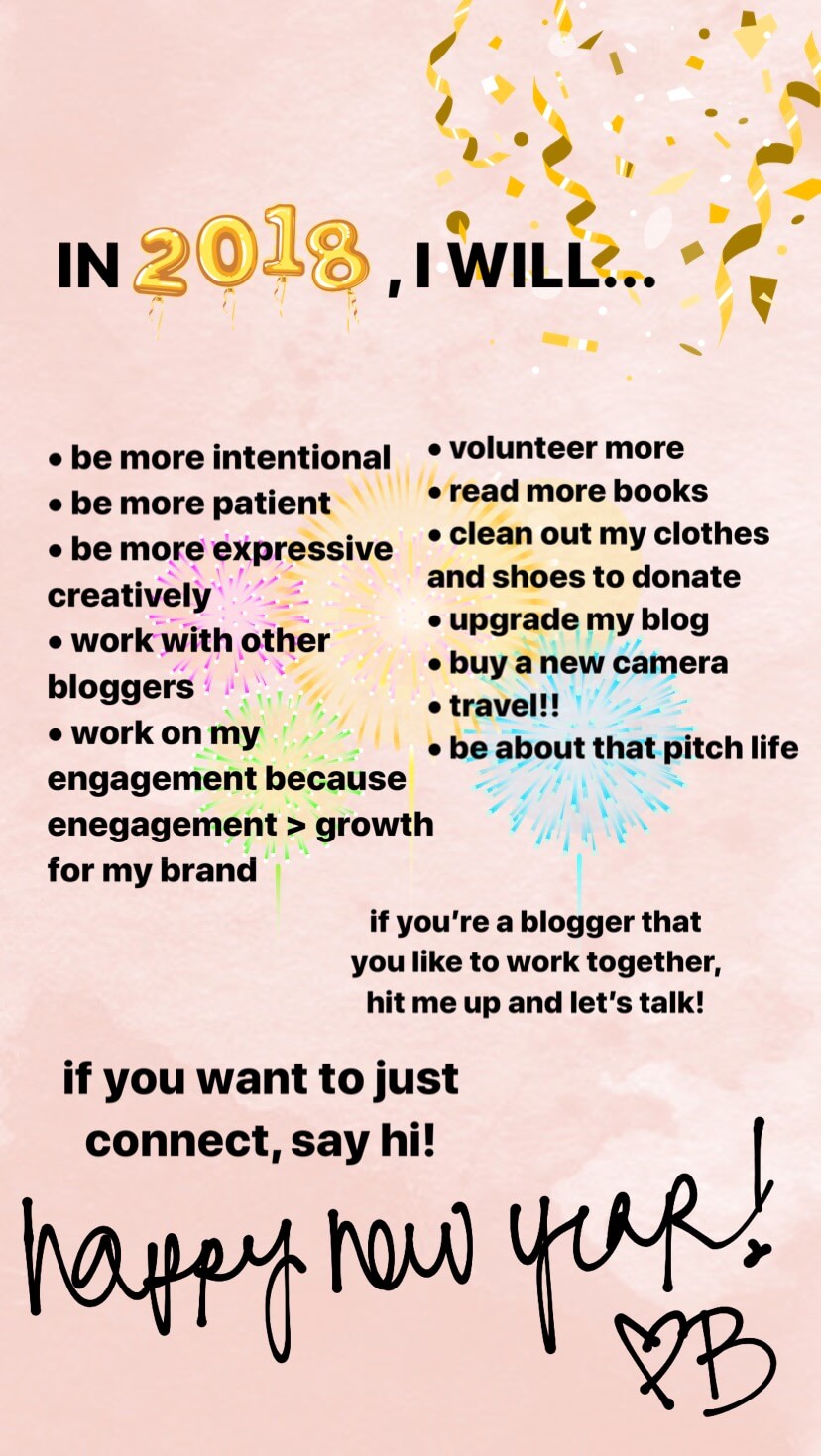 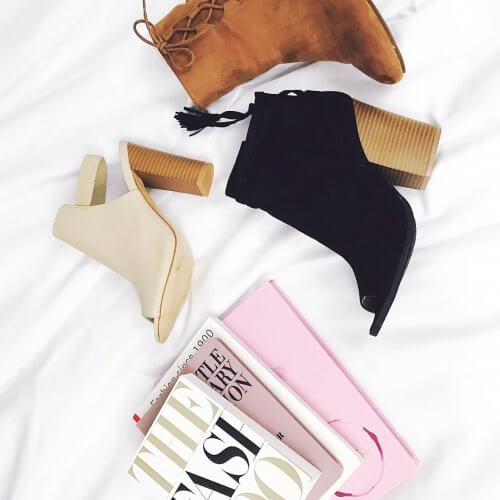 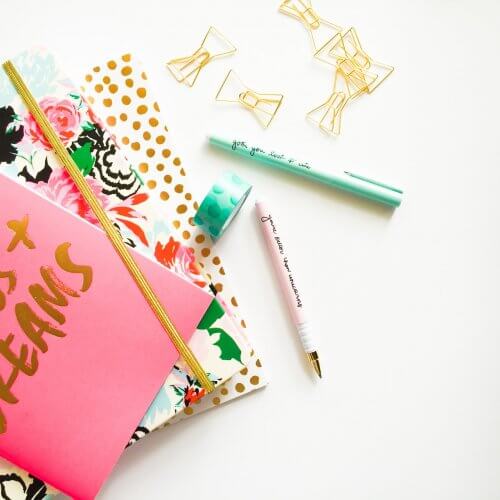