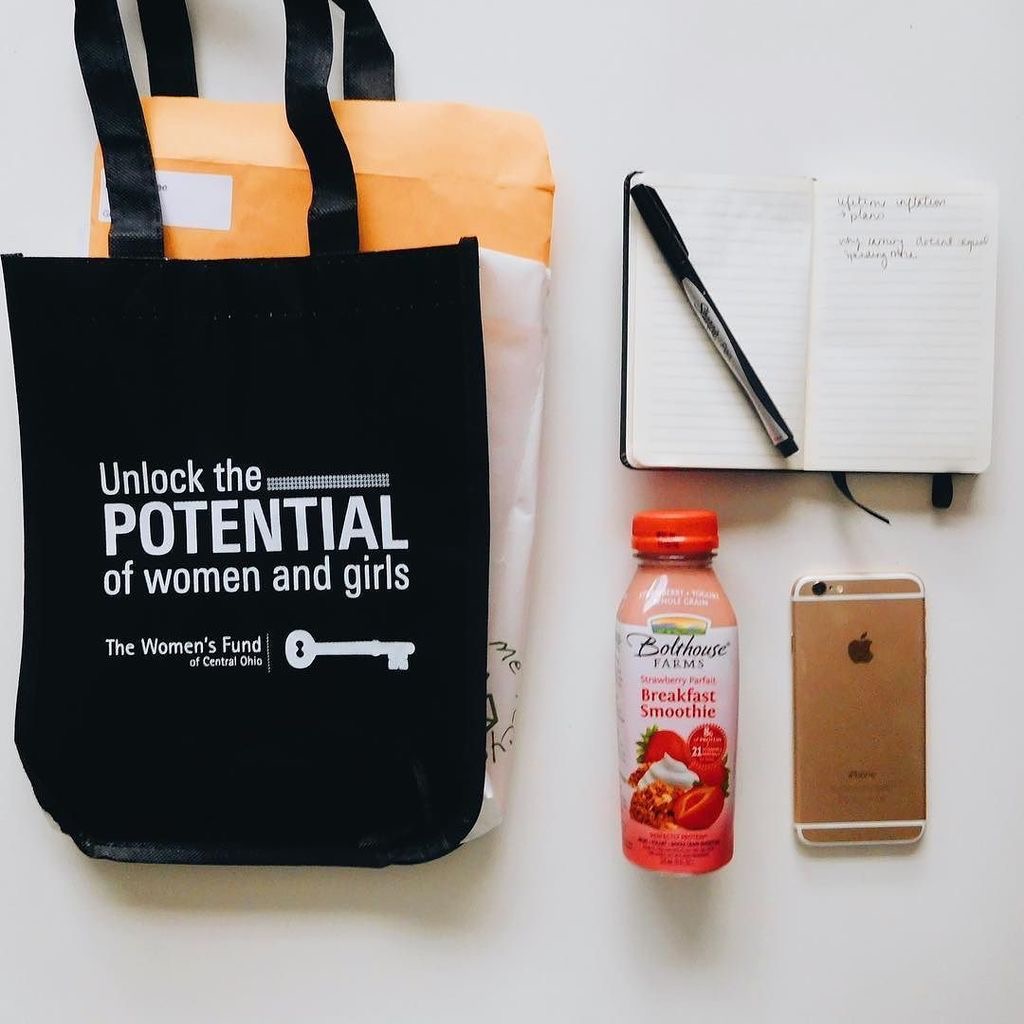 Women, ladies, girls — women of October goes out to the Women’s Fund of Central Ohio. It goes out to all the women that participated in the grant readings this October, the women that set up the workshops, the women that run these events, the WFCO board, and the women that gave their time to talk about social justice and gender equality. These women came together to make it better right now and for the future. We can’t change the past but we can and will change the future. I learned a lot this past month about women in the workplace and girls under the age of eighteen. The statistics that were given to us didn’t surprise me but at the same time, they did.

I was surrounded by an diverse group of women for two Mondays in October. Some of us didn’t know each other, some people had done it before while it was my first time, I felt incredibly lucky to be surrounded by people that knew the process and could help me along the way, We are still trying to implement social change in 2016 because for some reason women are looked down upon and seen as someone who should stay home and take care of the household. There’s nothing wrong with taking care of your household but being held to that standard when there’s so much out there, that’s a problem. Equal pay is a problem because women make less than men and it continues to decrease as you break if down into race. Why should I pay the same amount for tuition and do the same amount of time for lesser pay compared to the same guy in my field? That’s not fair. I worked just as hard or possibly harder. Don’t knock women because they have children and are expected to take days off to tend to their household when you could assume the same about men.

Do you see the problem? Are you going to say anything about the issue or continue on with your day? I don’t think it’s fair that women are handed the short end of the stick. Girls shouldn’t be shamed for their bodies and periods. Girls should be treated in the exact same manner and encouraged just like their male counterparts. I like to think I was lucky — My dad has always pushed my sisters and myself to be the best. He didn’t single us out against our brother. It reminds me of the television show Pitch with Ginny and her relationship with dad as she grew up playing baseball. He didn’t discourage Ginny, he pushed her because he knew she had the ability to be great and he knew she was better than a lot of the boys. He was hard on her but it was because he knew the potential that she was holding back. Both my mom and dad pushed us and encouraged us in sports like soccer and softball. My dad would tell us we were faster than the boys or we could hit just as well as some boys. I remember growing up and being told I could run faster than all my male cousins that were older than me. I had that encouragement in sports and life so when my nineteen-year-old sister calls me and tells me that she’s one of two girls in her engineering classes and is smarter than the males, I know that’s because of my parents’ encouragement and push. I have two sisters and one brother, we were all treated with encouragement and to push on.

There are people out there though that compare and contrast. They tear down one sibling to encourage the other sibling. Why can’t you do this like your brother/sister? Your brother/sister is smarter than you in math, why is that? I don’t know how these conversations really go on but I know there are young girls out there not being encouraged and cheered on. They don’t have cheerleaders that push them to believe in themselves. If you don’t have the accessibility to a cheerleader as a child, you might not want one when you get older but I hope you became your own cheerleader along the way. We were told a stat in our group meeting that teachers talk differently to their students — encouraging males to continue trying while telling females that they’ll get it next time rather than pushing them. Why is that? Things like this push me to enter the education system and be that cheerleader, to help encourage young girls that they can do anything a boy can do.

Social change has to happen. Gender equality shouldn’t even be something that we’re still fighting for but we are. We’re fighting for a lot of things from the cis white male. That changes with myself and those women in that room. We went out of our way to vote on different grants that would benefit different groups in Central Ohio. We took a step for changes and it felt good. Obviously, change can’t happen overnight although I’m sure we wish it would but change is coming. The glass ceiling has been smashed and great things are going to happen for women. Girls are going to have representation and figures to admire in work fields that they hadn’t thought of. Thank you to all the women that came together for change and shared their stories. My eyes were opened to things I knew but didn’t know thorough details about. I’m grateful to take part in something that is going to implement change and give a chance to someone out there. I’m rooting for all the women out there because we all need someone on our side.

How can you do your part? Find a local chapter in your area or volunteer your own time. Change starts with you. Always encourage the women around you and build a community. People want us to compete and compare but we’re all on a different journey. Mind your journey and encourage others along the way.