This was probably one of my more chill weekends. I can actually say I relaxed but I didn’t study which is a shame on me because finals are in three weeks! Ah, I’m so nervous but I know I got this. Anyways, let’s chit chat about my lovely days of rest.

Friday. Well, I have to work which was an okay start to my weekend. There was literally no one at my job which isn’t surprising because there was no home football game so no one felt the need to buy school gear. I was literally falling asleep while working. I had to place sponge-like stickers on hangers for four hours and it was just getting to me. After I got off at 10, I went to the movies with my friends. We saw The Best Man Holiday and I suggest to anyone who wants to go see it to bring tissues. It was such a heartfelt movie and it was really heartbreaking, I cried like a baby. I didn’t really care who saw me because when you watch such a touching movie and it breaks your heart, people should understand! After that, my best friend and I went back to our place and just sat up and talked. We always have these talks, I swear it’s like therapy to be honest. 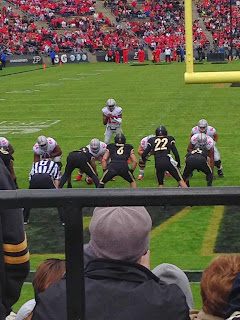 Saturday. I had to get my oil changed and all that junk. The guy at Firestone came back with bad news about my car so guess what I’ll be saving up towards after Christmas? I swear my car is so stressful. First, the clutch went out and now the struts want to mess up. I should just find a great constant job and get another one I can make low car payments on. While my car was getting fixed up, I went to breakfast with my dad and sisters. It’s always a laugh with that bunch although we had to go to like seven places before settling on Bob Evans because there was no wait. Once I got my car back, I was back on the road and back to my apartment to watch the rest of The Ohio State verses Illinois football game. We won, thankfully. I went to the mall with Sam & Kelsea later on. I finally bought some things and H&M had the best sell on sweaters. NEVER go to a mall that you’ve never been to on a Saturday after six pm though! Our mall Easton has a curfew installed where younger kids have to be with parents and we went to Tuttle where there was no such thing so kids were literally running all over the place and being loud and obnoxious. There was also a good dinner in the food court and Samantha Saturdays along with facetiming our Purdoesn’t friends haha. After that, Sam & I were back home and I think we just chilled, I can’t remember. 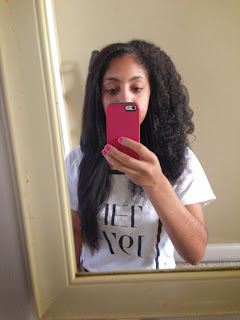 Sunday. I straightened my curls out and it took forever. I swear having curly hair is a blessing and curse, y’all. It took me an hour and a half but it usually is a two hour job. I headed home after that, I promised my mom I would come and hang out. I’m there almost every weekend but I think it makes her feel better because she misses having me around. While I was over there, we talked Christmas and I told them about the Big Ten Championship lottery for student tickets. Then we watched Problem Child, in which I told my sixteen year old sister that Henry is her spirit animal. She loved the movie and found it hilarious. I thought it was great and Problem Child 2 came on afterwards but my attention span wasn’t really holding on to it so I was ready to head home. Of course, it was pouring when I wanted to leave and there were tornado warnings. I was a bit freaked out and I hate when it rains so hard that you can’t see while driving so I ended up going 30 on the highway for a few minutes. That was a terrible end to the weekend but at the same time, rain is pretty calming once you’re inside and warm. I would have enjoyed it if it rained while I was sleeping, that would have been nice.

I Just Want to Know You Better Now
Weekend Recap