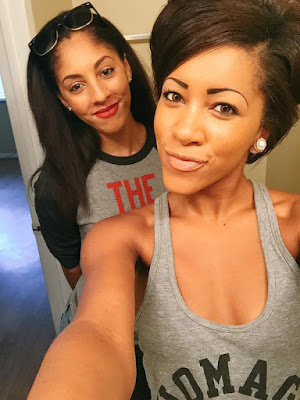 College Football is back! My excitement is through the roof and I’m so happy to see my Buckeyes on the screen again. In case you didn’t know, I’m an obnoxious and obsessive fan of Ohio State. It’s my alma mater so it’s only right, right? Last year, we won the first College Football Playoffs after a season of adversity and injury. I might have cried when they said Braxton Miller was re-injured. I cried for him and the thought of losing to UM aka TTUN and MSU. Literally bawled like it was the end of the world which it wasn’t but it was to an Ohio State fan. I learned to be patient and understanding with the past year’s team. It was frustrating at first when we lost to Virginia Tech at the home opener – I was shocked and confused plus I had these awesome seats where I could see everything and it killed me to be that close to a loss. As the year rolled on, confidence emerged and more emotions came into play where Ohio State would take the lead and let the other team catch up before crushing them – emotions that I couldn’t handle.

When we beat Alabama and received the berth to the National Championship, I cried again. This time I was happy and I was in New Orleans to witness it all. I was ecstatic to point out to all Ohio State haters that we bested Alabama and two weeks later, we took it all. Of course, we is not me because I was just a fan on the sidelines that screamed my heart out. We is the team, the boys that overcame everyone that wrote them off in week two. Now, they’re the defending champions with an honor, no one can take away. Will this season be amazing? Yes. Have you seen this team? The amount of talent and fan love, there’s so much push for them to be even greater. I love Ohio State football and as an alum, graduating the year they won the CFB, I walk around with a little pep in my step. This year, I won’t be in those student stands and it’s weird. It’s weird watching them on television at Ohio Stadium… of course, I’m going to get tickets so I won’t be at home a lot to witness them on the screen unless it’s away. 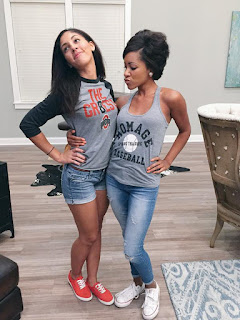 I’m just so antsy and excited for the repeat and growth of this program. I love this school and the culture. There’s nothing like campus on game day, trust me on that. College Football, I missed you a LOT and I’m so happy you’re back and blessing me with touchdowns and high blood pressure.

Young B cruisin down the West Side
LIFESTYLE | What Now? Post-Grad Life
GRAD | The Big Day