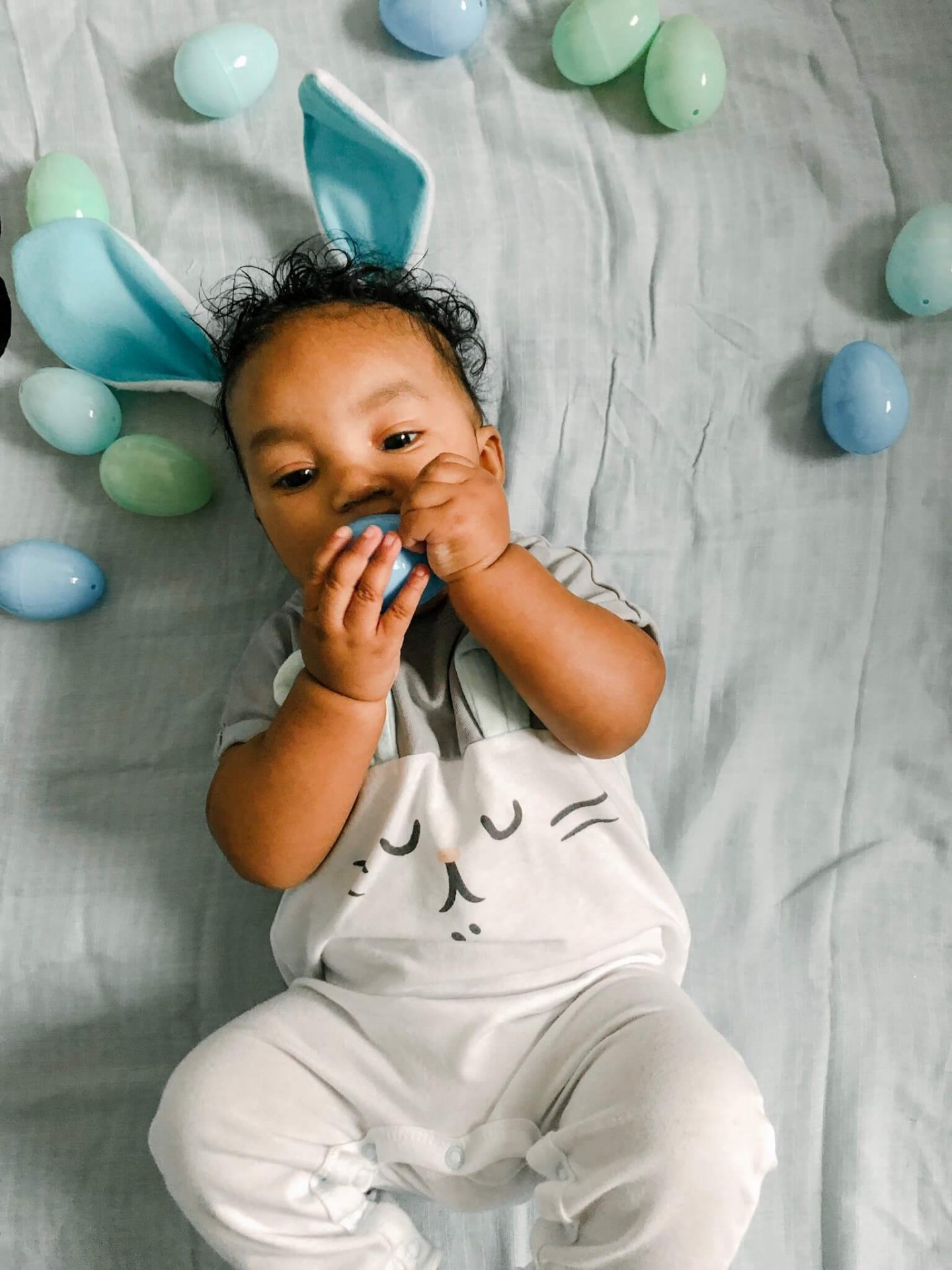 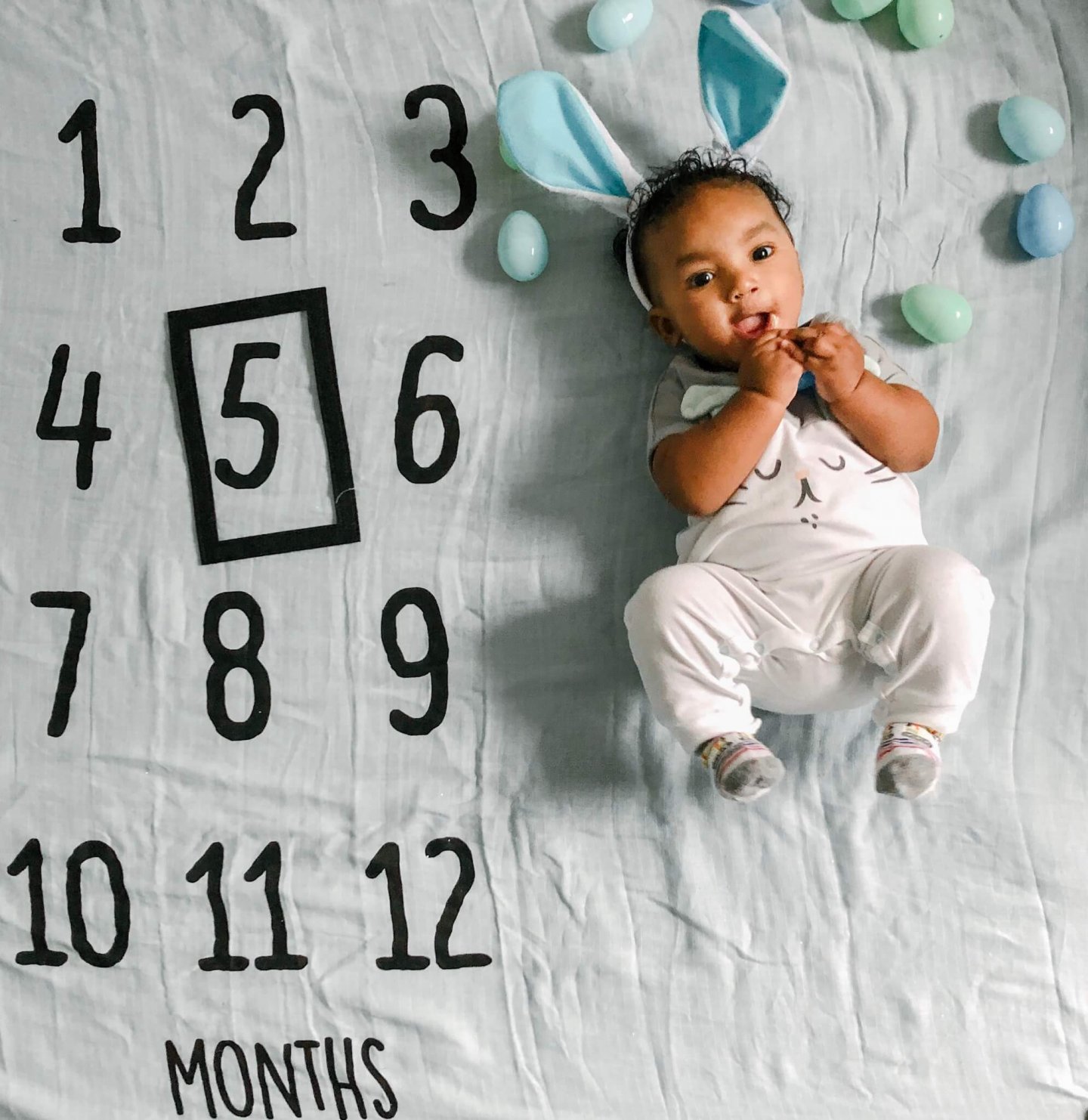 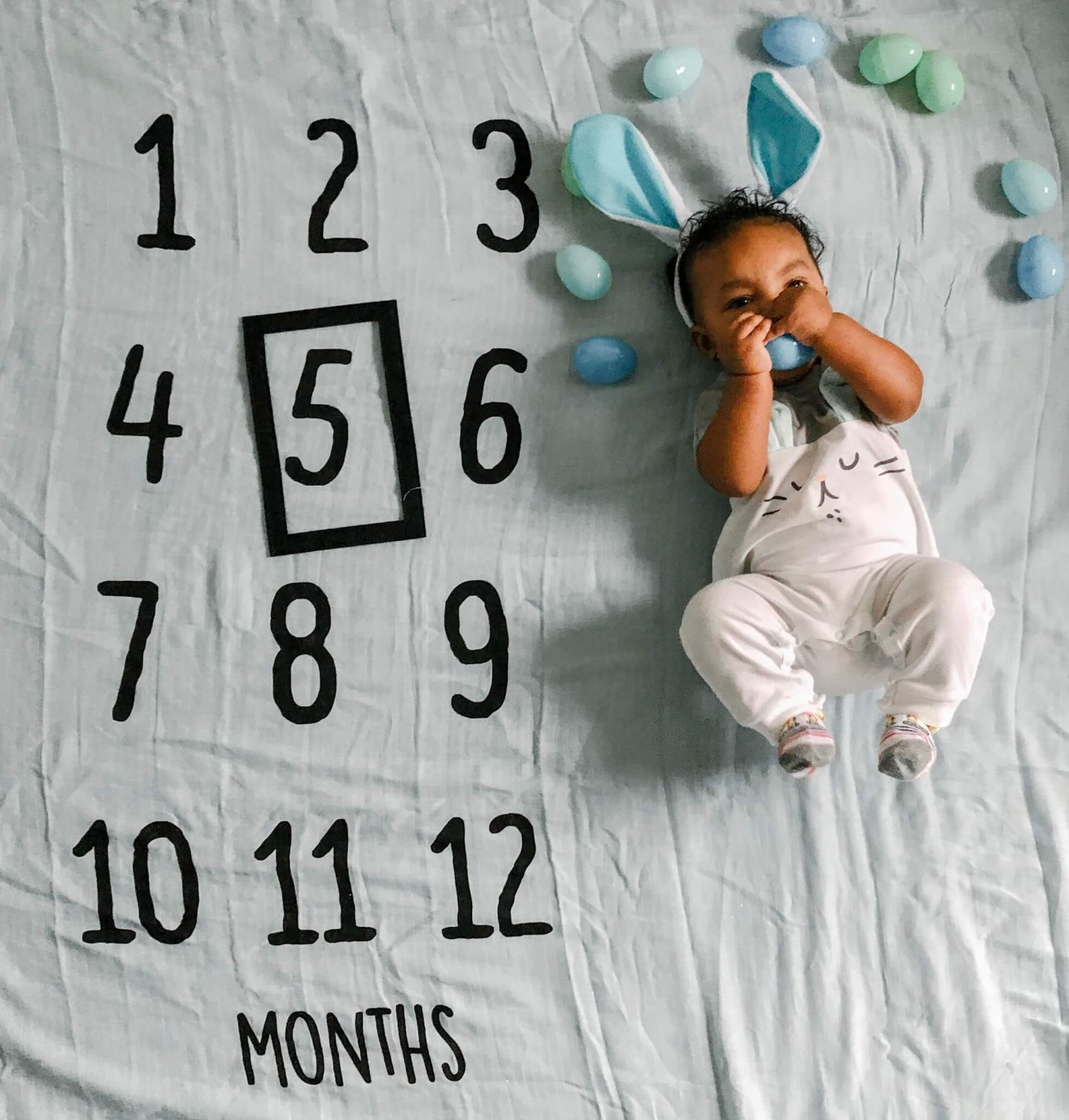 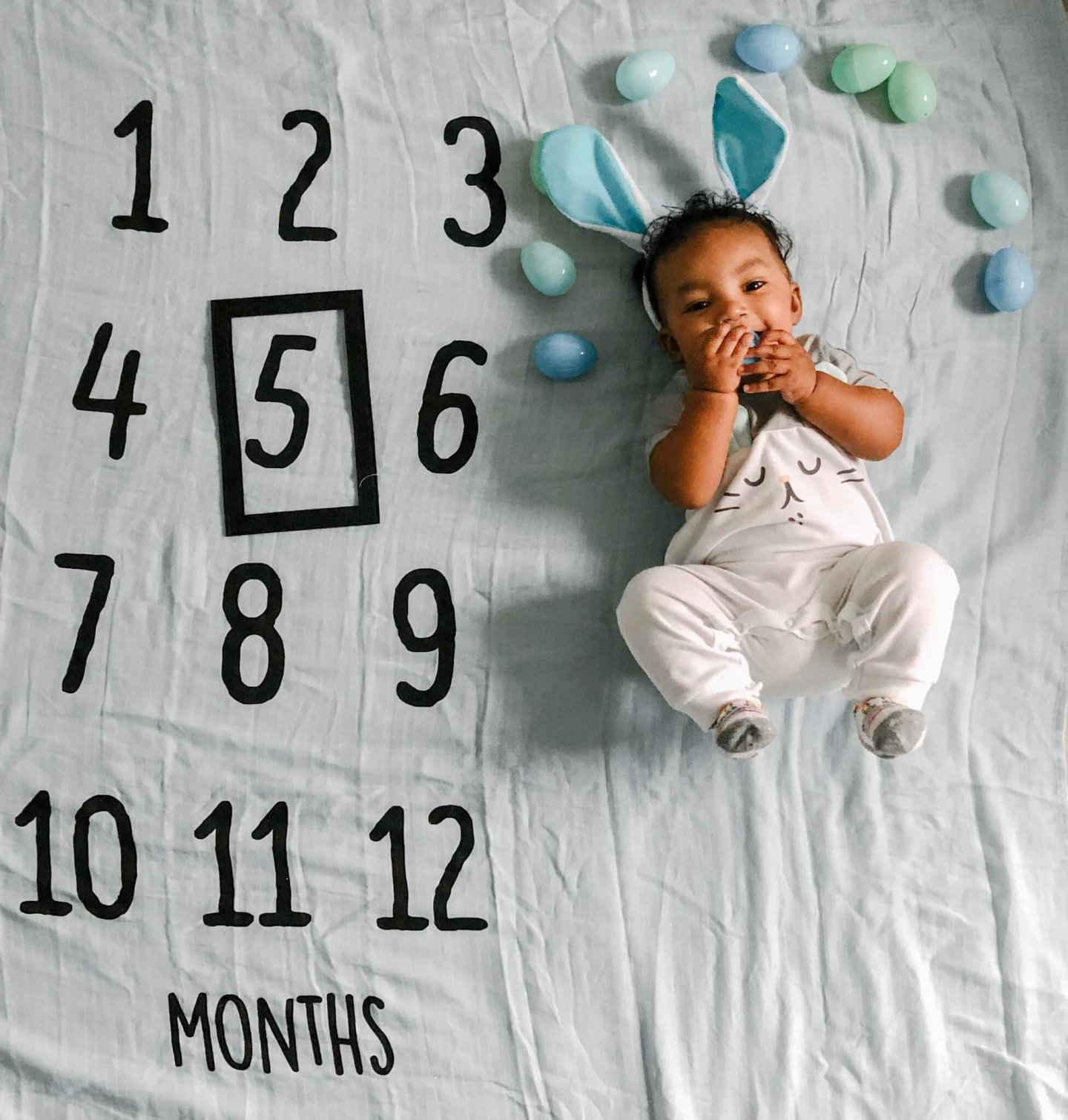 Cannon has been enjoying his five months of life. He’s getting big so fast and it blows my mind. This little guy loves to reach and grab on to whatever he can. He has started whining which is crazy. And, this man can throw fits. He has mastered throwing himself around when he’s irritated. Cannon enjoys Disney Jr.’s Puppy Dog Pals and I love it. It’s a cute show that I get stuck in. We’re dealing with a drool rash at the moment which sucks because there are times when he’s itchy and he can’t satisfy that itch.

I’m loving this age. Cannon is so much fun at five months and I love it. He’s screaming and squealing and just this ball of fun. I love it. It’s amazing.

We have started eating baby food! Cannon loves veggies thankfully. He’s still getting used to fruits and the sweetness. I’m having fun with it because he likes purees but favors sucking on certain foods like melons and cantaloupe. It’s been an interesting time with food especially as Cannon figures out what he likes and doesn’t like. Also, he’s loving his toys which is great because I don’t want any of those to go to waste.

We figured out that his guy loves to bounce. We bought a bounce swing and my parents’ bought a bouncer which he utilizes a lot. Bath time is still his favorite time which I don’t blame him. Warm baths are my favorite, too.

Cannon continues to express frustration with things. His frustration is usually with things like his toys not going all the way in his mouth or wanting out of a toy. He is not a fan of his car seat which we had overcome but it seems to be an annoyance again. I think it is because he’s so long and doesn’t like how we place him in it. Does anyone know if the UppaBaby Mesa Car seat adjusts in height? If so, please let me know so it can save us from many more screams.

This cutie can now sit up by himself. It’s super cute. I’m always amazed by the things that he can do. The way that he sits is absolutely adorable — he’s hunched over a little and loves to pull at his socks and try to stuff his feet in his mouth. I love it all, it’s the cutest thing ever to me. Cannon is all about rolling all over the place. He rolls from front to back and back to front — he is all about his placement and how he wants to be in the bed. He’s a man with his own mindset.

Still struggling in the sleep department. I should have knocked on wood when I said Cannon slept through the night at two months because he’s over that. This little man wakes up in the middle of the night to eat a few times. I’m struggling a bit as I would love to take a nap and he doesn’t nap when I want him to. Cannon has a mind of his own which I can definitely attest to. I’m hoping to see some improvement as we head into six-months. I don’t really think sleep training will work on our end because of varying schedules but I might look into it.

I finally realized after six months that I should be pumping three times at work so I just started that. I’m mad at myself for not thinking of this and not realizing that my chest will refill after I pump. I should have read more on this. Yes, I’m still breastfeeding if you couldn’t tell. I pump while I’m at work and I feed Cannon when I am with him. It’s not that bad anymore but he does get distracted a lot. Sometimes, I have to cover his face so he will pay attention but we’re still at it and still getting it.