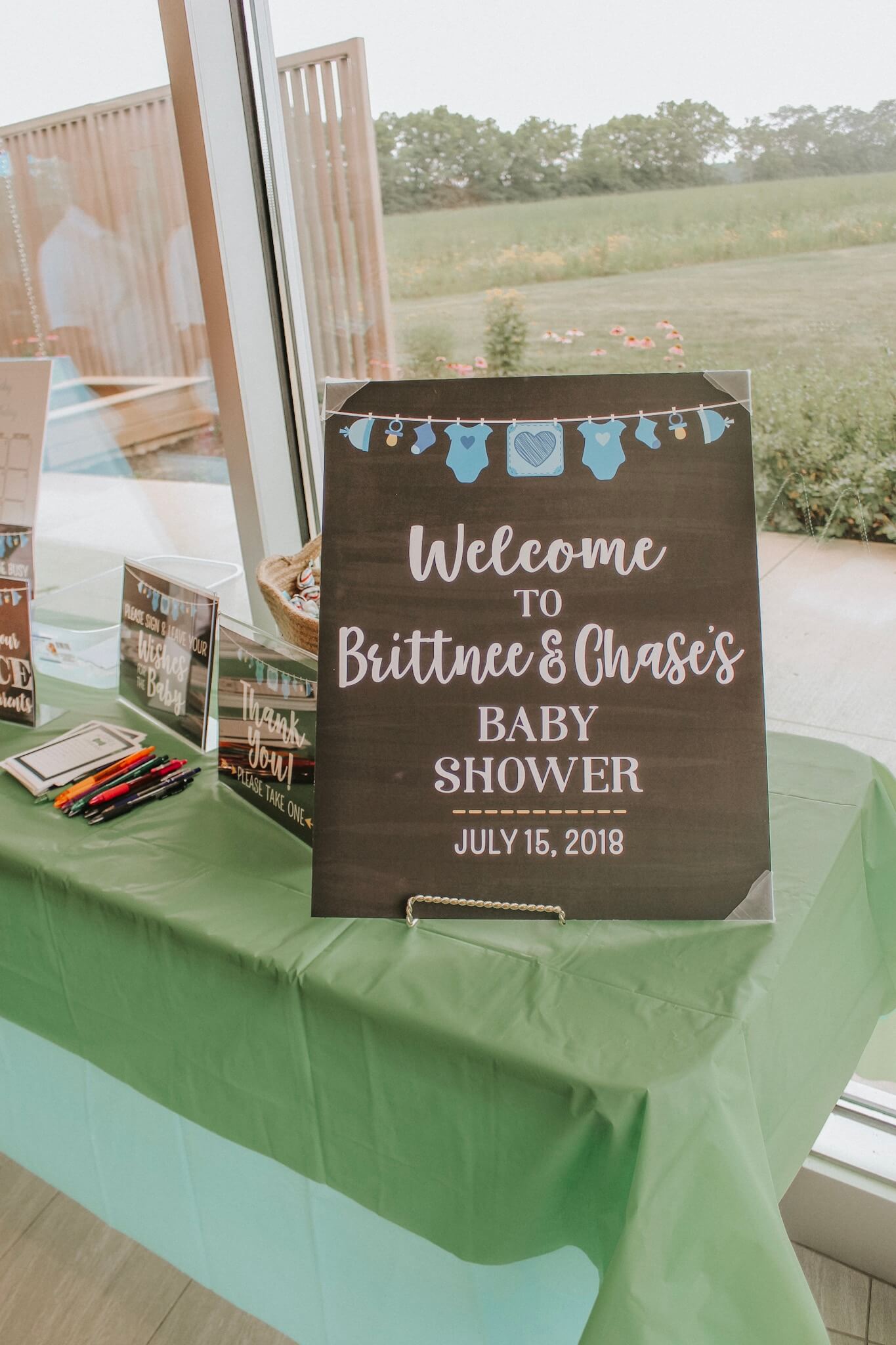 My baby shower has come and gone, but it was a magnificent day that was all over the place. My mother, Eileen, and Chase’s mother, Dina, threw our shower as they are the grandmothers-to-be. Let me just say, your mom probably has a ton of ideas for your events and you should listen now and then.

Of course, things have changed since they gave birth to us 20+ years ago but Pinterest and Etsy became my mom’s new best friend. She went all out on Etsy and should probably be a certified user. I won’t be surprised if Etsy starts serving her ads on everything.

In the meantime, the collections tab on Instagram became my new best friend as I crept on mommy bloggers and the things they did at their showers. I was truly interested because I wanted this to be great. We were planning co-ed, and I wanted it to cater to both my friends and Chase’s friends.

Shower day wasn’t perfect – we were half an hour late to the venue, and we were setting up as people were arriving. Thank you to all my friends that jumped up and started hanging or throwing table clothes on the tables. I appreciate it because it helped out a lot. I won’t lie, I probably didn’t sit down until an hour into the shower because I wanted everything arranged in a certain way and I was focused on making sure it lived up to my imagination.

We’re not super fancy people out here. Chase wanted to make and order food that would give people the opportunity to take home a plate or two. Whereas I wanted to do finger foods – Chase won that battle as we had a co-ed baby shower and I had to give him something. The hot food was supplied by Krogers – we had ribs, fried chicken, baked chicken, and subs as the main course. Lots of food but if you look at my boyfriend, you would understand that he refuses to cook or buy small. He’s all about large quantities.

For the sides, we had fruit, mac & cheese, and green beans. I told Chase to keep it simple because he loves to cook and would have made a full course meal. Trust me; I had to talk him down from all the extravagant plans that he originally had.

Dessert-wise, this was all me. Well, the choosing of the desserts. Kearsten and my mom made all the cake pops and dipped Oreos that one could fathom. I’m talking hours of cake pops were made and supplied to everyone. We ordered the cake from Cakes Creatively, and the cookies are from Taste 350. You have to indulge in both of these bakers as they made my baby shower. The cookies and cake were my number one priority.

You’re going to think I’m crazy but there were more desserts – Chase’s mom wanted to have a cake with mine and Chase’s baby pictures, so that is the cake we served to everyone. And, we had cupcakes because you can’t forget about cupcakes. 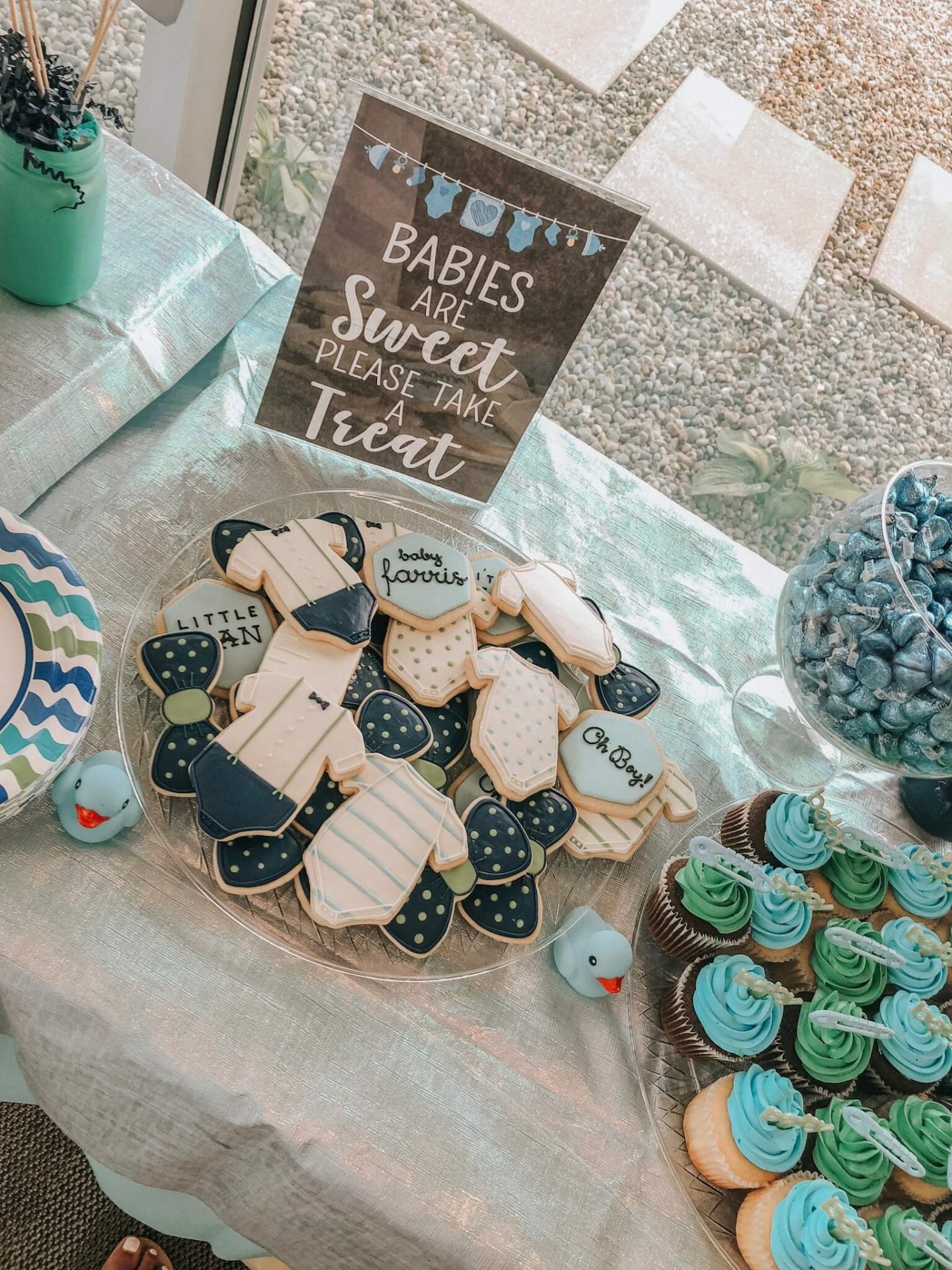 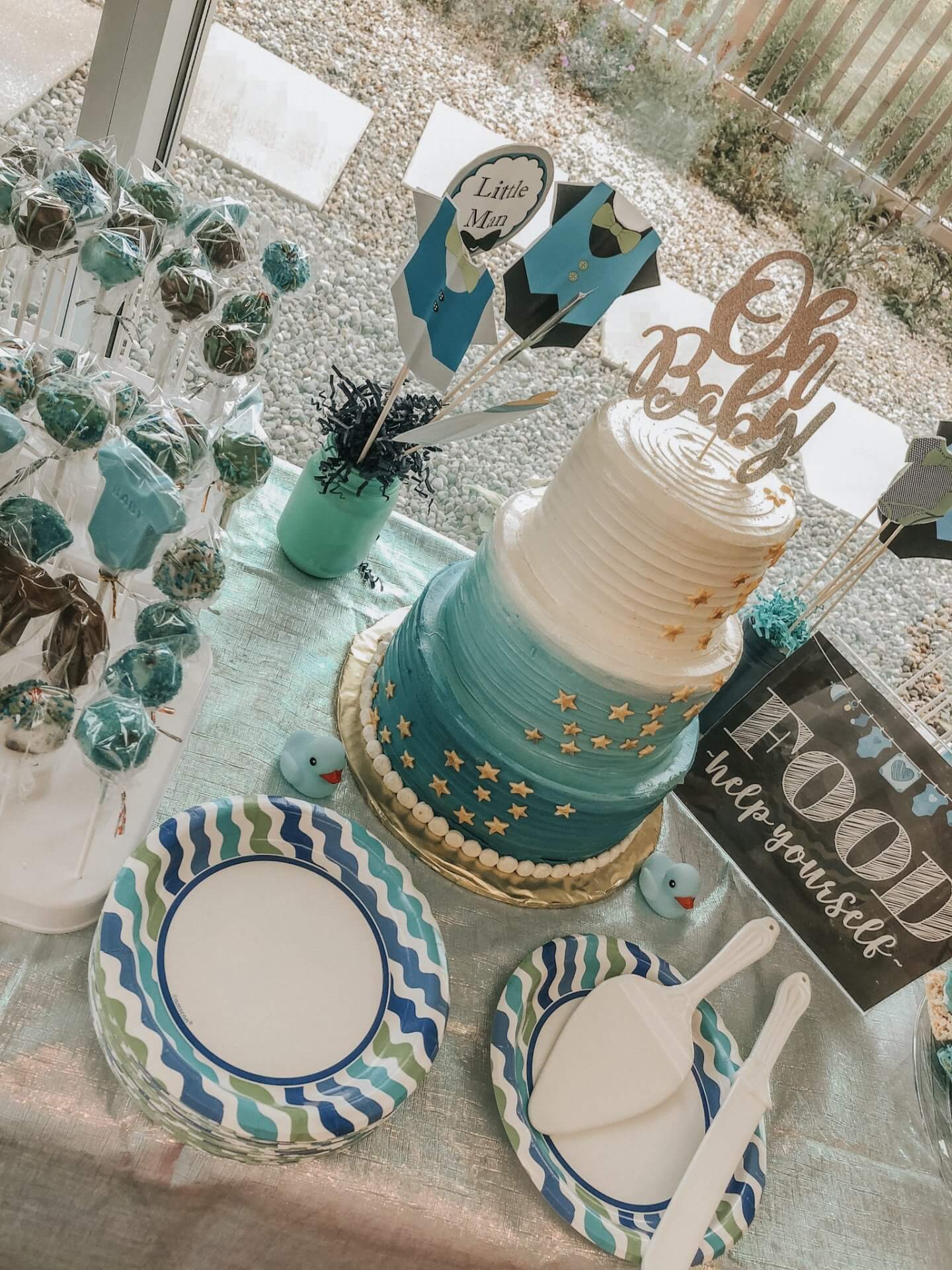 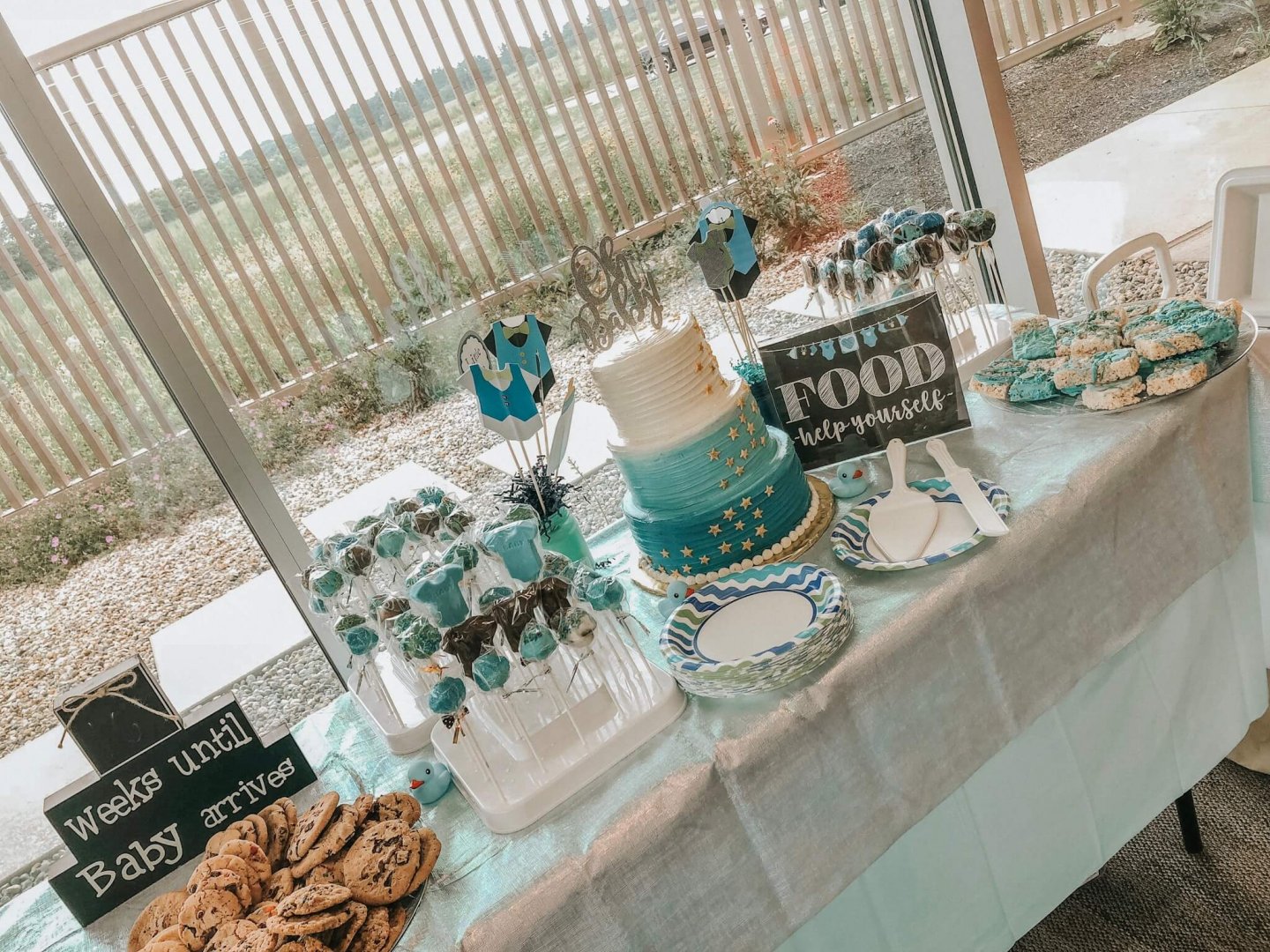 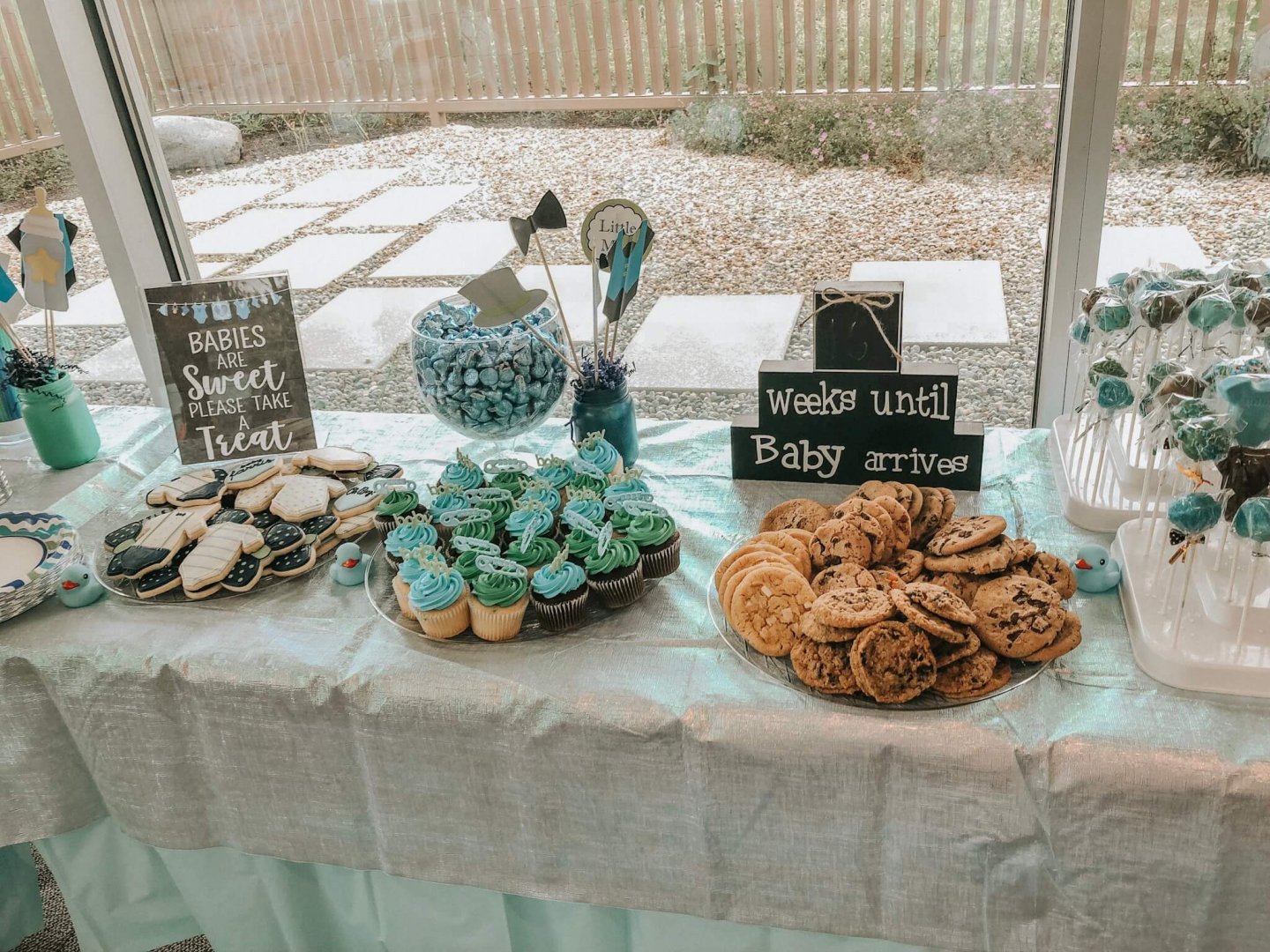 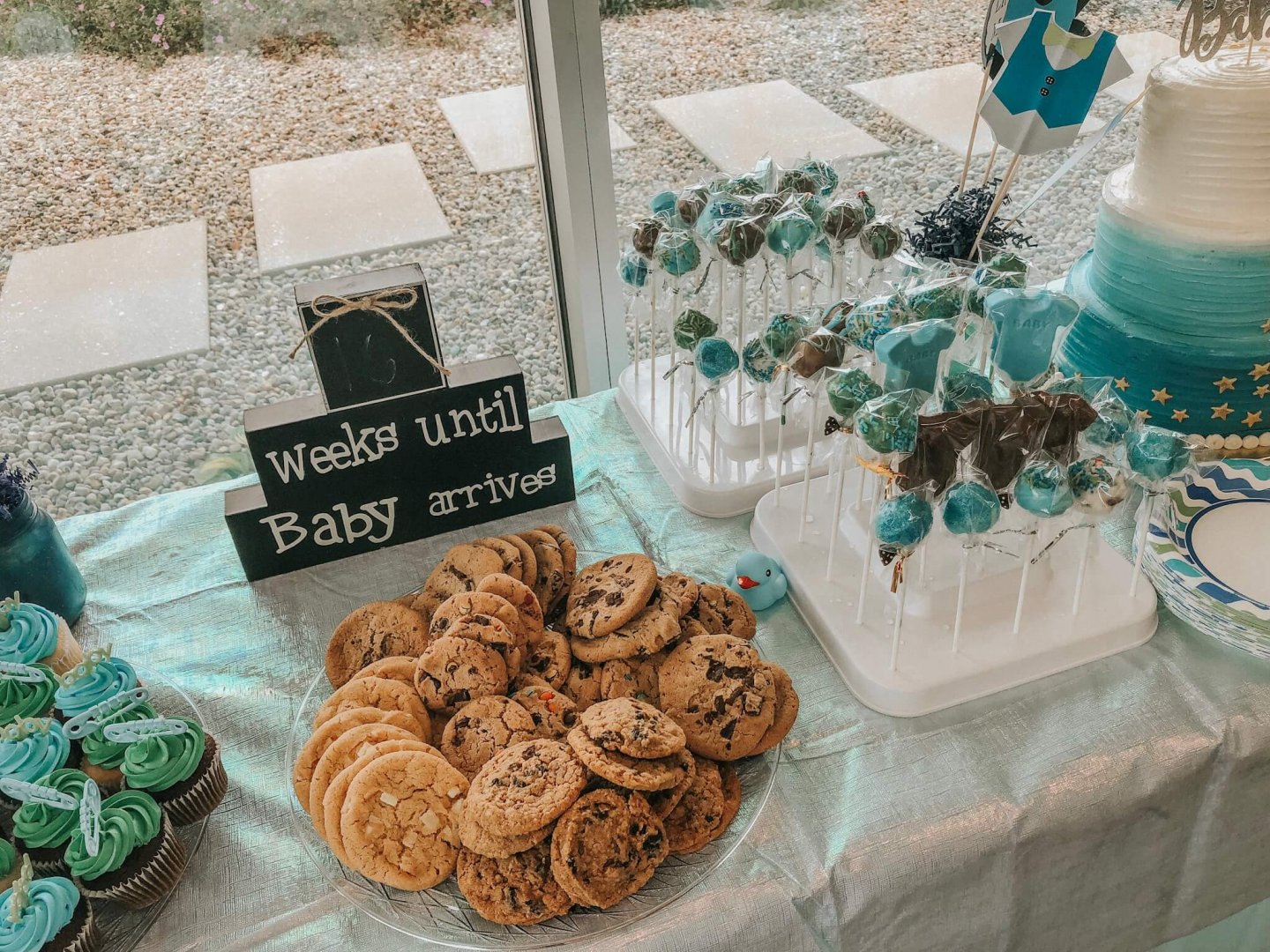 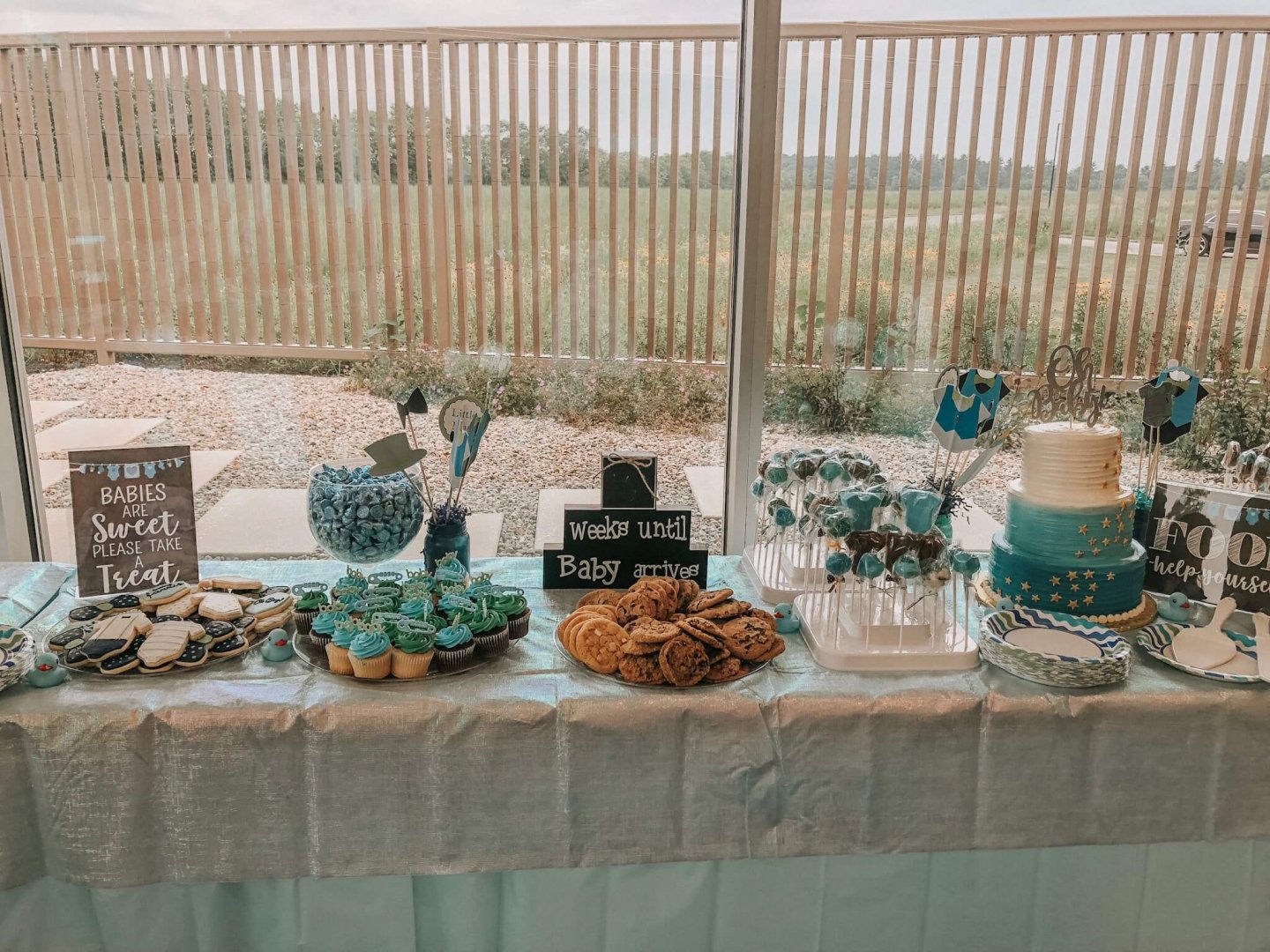 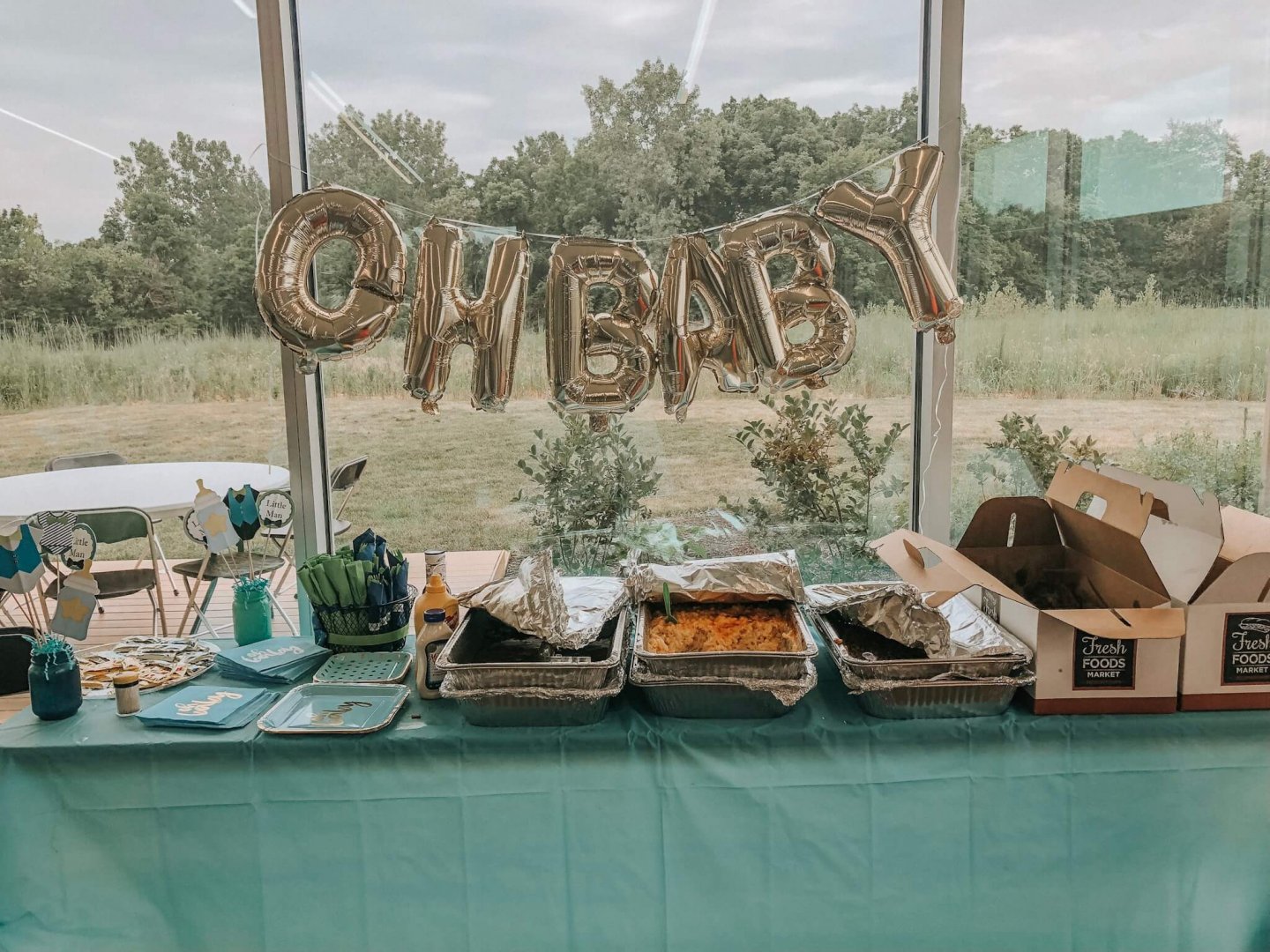 Like I stated above, my mom went Etsy crazy and ordered a whole kit that included invites and decorations. She went all out with the decorations which aren’t surprising as she is a crafting person. I’m pretty sure my sister, Kearsten, helped along the way and provided support where she could at their home.

There were tons of banners, hand cutting of bottles, babies, and baby accessories that went into the table pieces that my mom created. Honestly, my dad couldn’t wait for the shower to be over so he could have his house back.

The balloons were something that was thrown together the day of — as the shower was starting. My sister, Kearsten and her good friend, Katelyn were in charge of the balloons and making sure they hung high. I put together the balloon arch which I didn’t get a picture of but it was amazing. I worked on it for like a week to make sure that it was long enough to go over the door.

There was a DJ – this was Chase’s thing, and I was like, why not? I would rather it be noisy than quiet, so I was thankful that he was able to book Rich aka DJ Flugazy. My Beyonce playlist was denied by Chase, but Rich probably would have played her if I asked.

And yes, we had games! People always want to avoid the games, but my mom made sure to go for the fun games. Like, we had gift cards and everything for all of our lucky winners. I will say that we did a diaper raffle and this was a hit. Chase and I probably don’t have to buy any diapers until we get to size 4 (and we got a huge box of size five from my aunt) so thank you to all the participated in that! 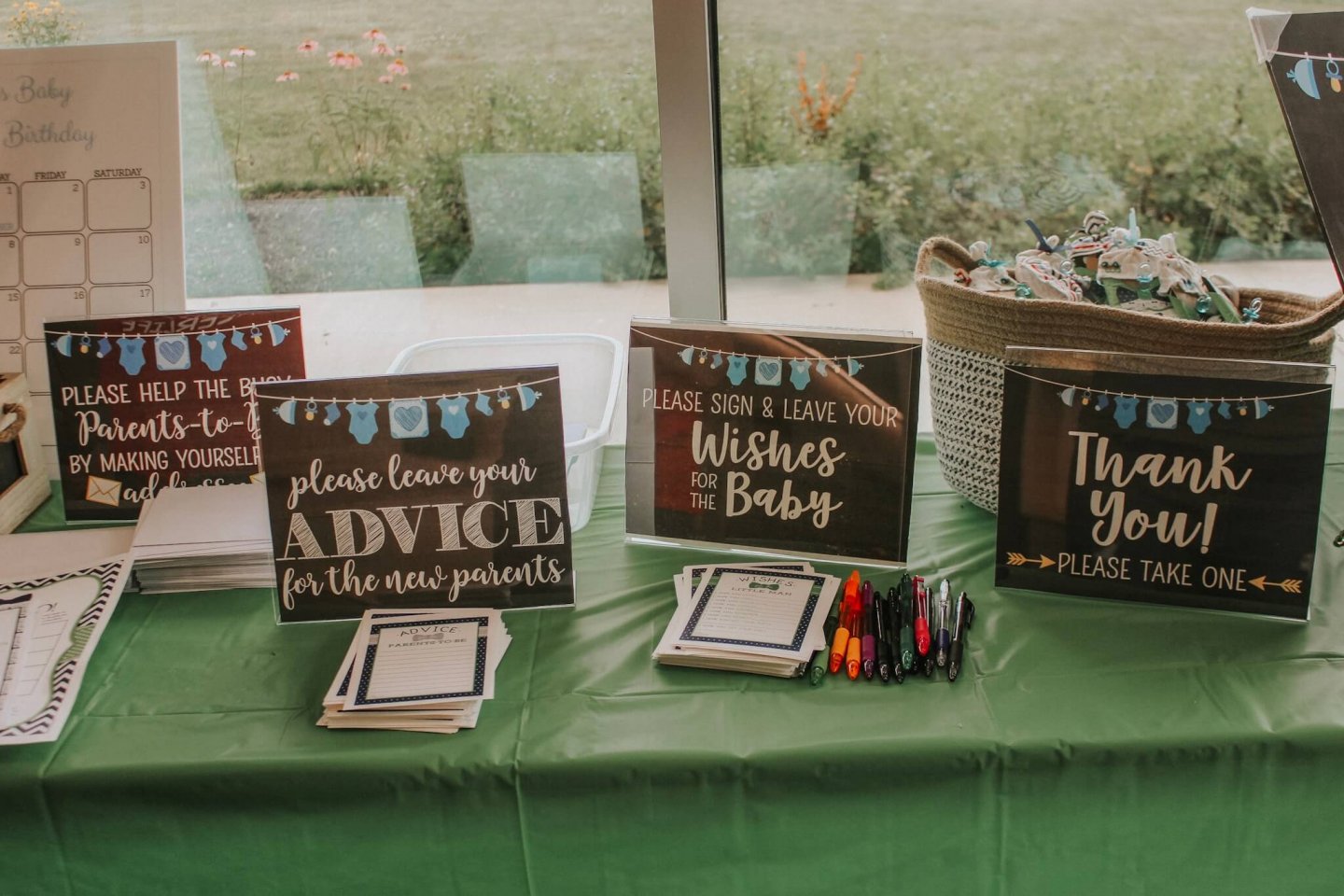 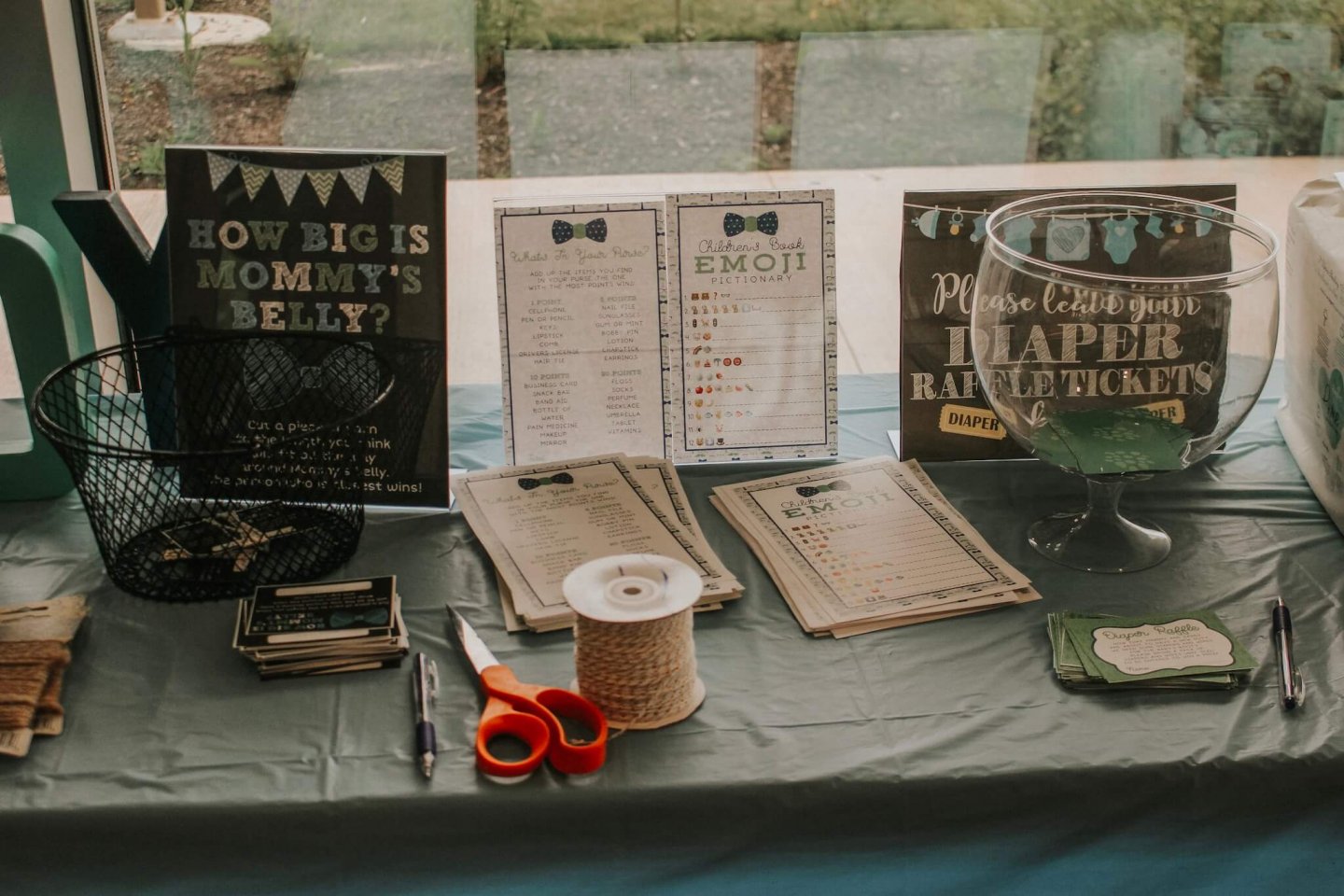 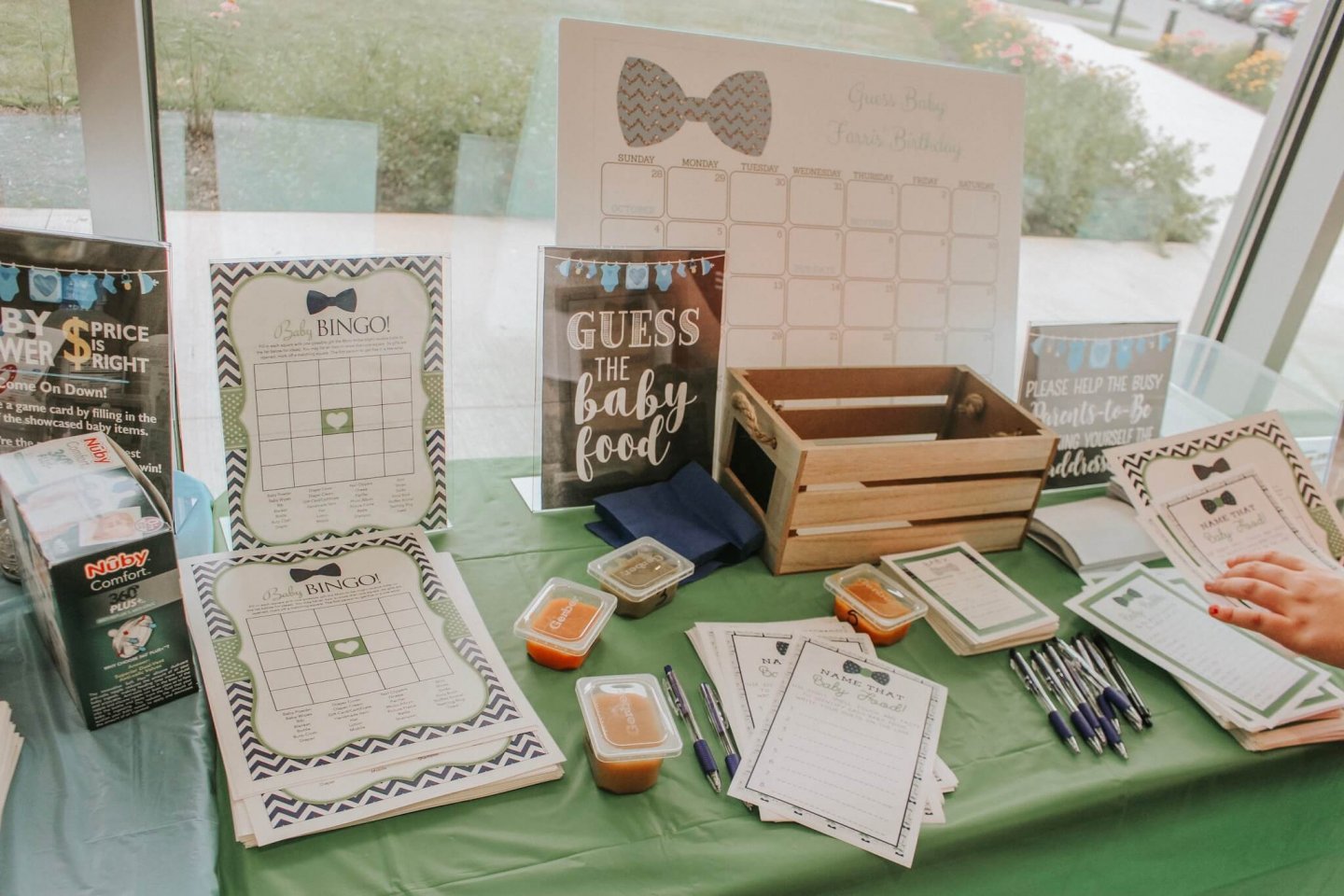 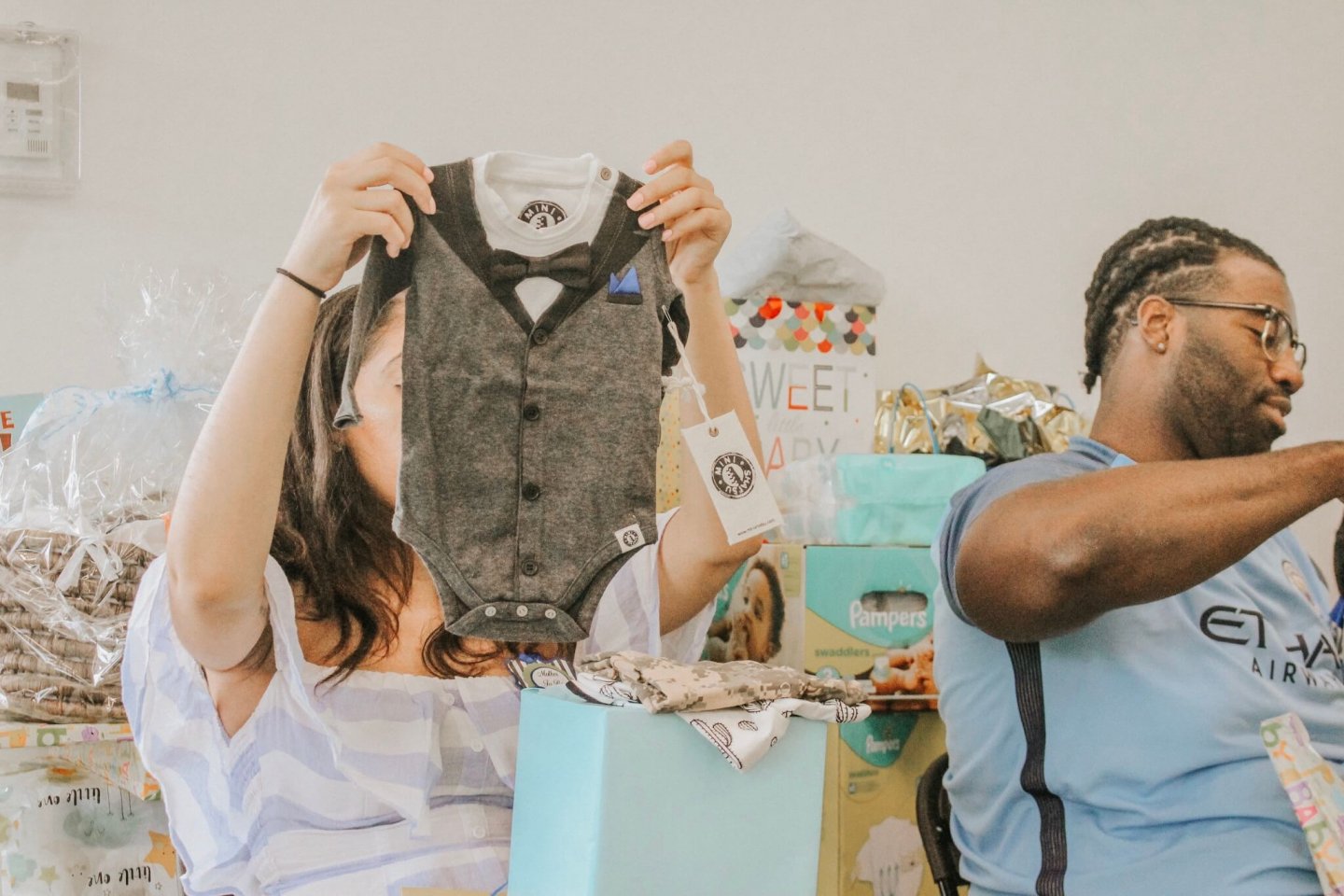 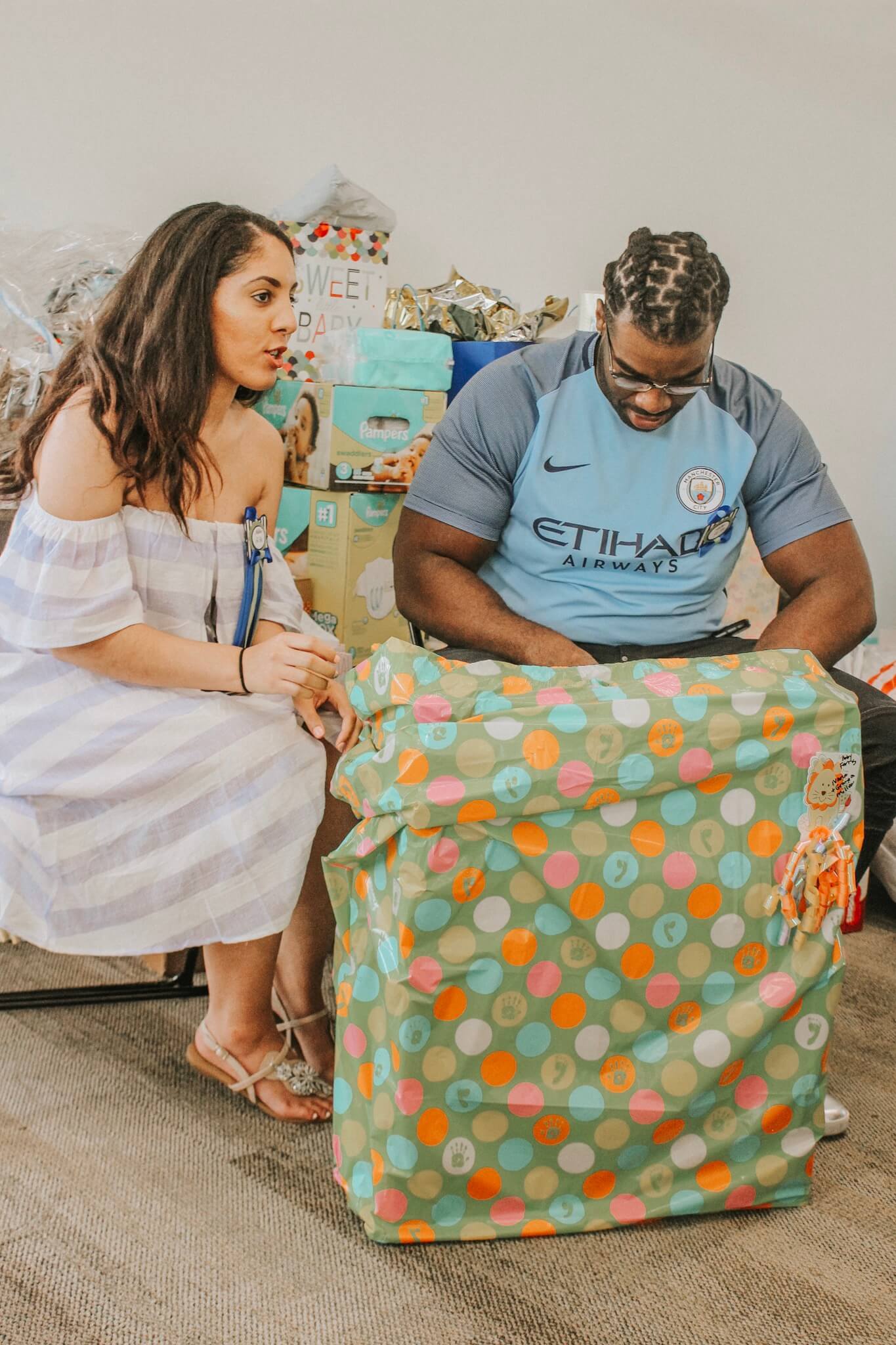 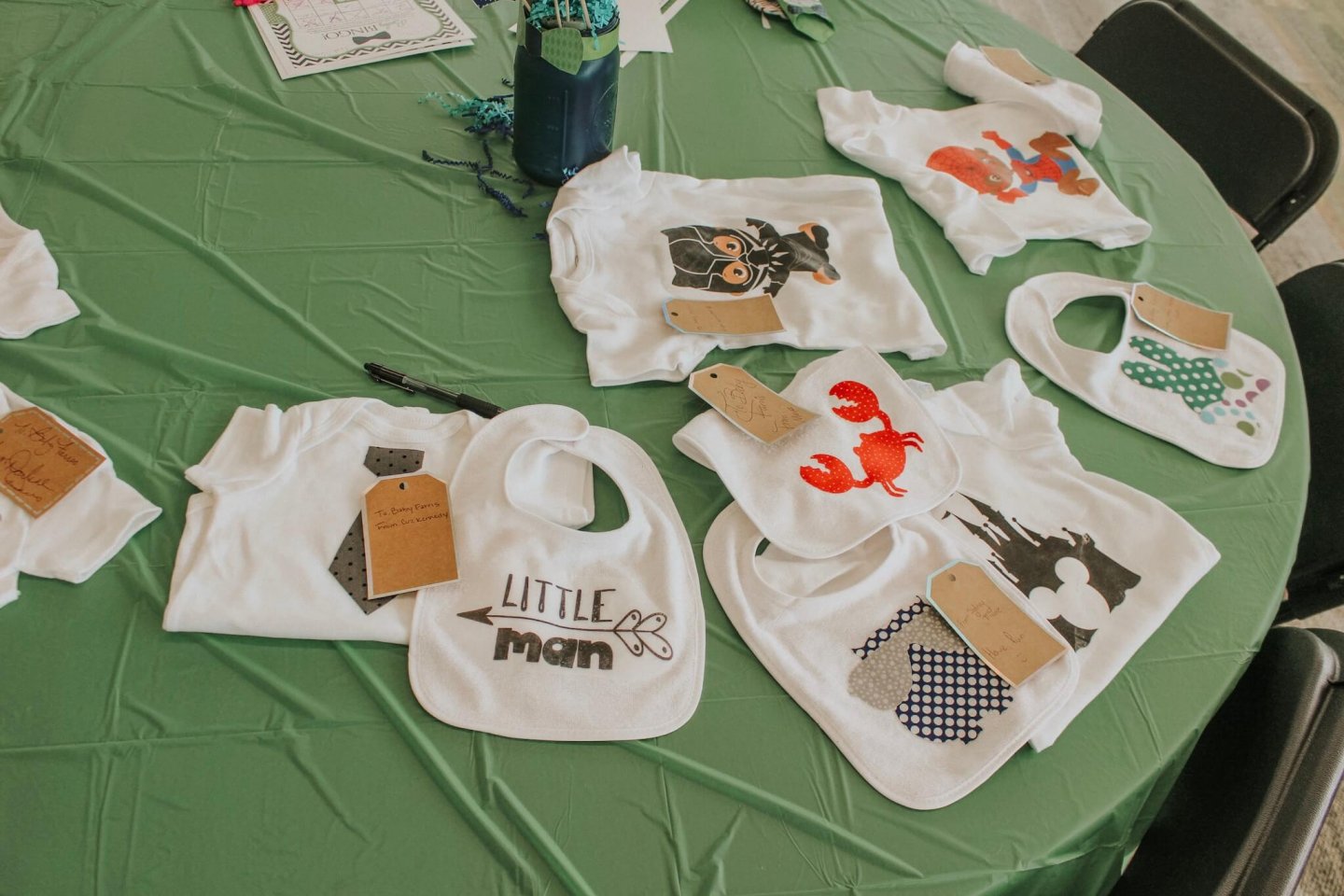 Location: Location is important. Location is key. My mom and I had to look at so many different places on the internet because they were all booked up. We were looking to have the shower during the summer which is prime wedding season time. Eventually, we ended up at a venue that was 30 minutes away but beautiful. If you’re in Ohio, look up the Scioto Grove in Grove City. That’s where we hosted our shower, and it was prettier in person — the pictures online didn’t do it justice.

Space Details: Scioto Grove is a park of many lodges and venues. It varied, but there was no way I was going to rent a shelter because that wasn’t fully covered. We went with the Grove Lodge which had a ceiling to floor windows throughout most of the venue. There was a kitchenette plus bathrooms for everyone. It was truly beautiful if you can’t see from the pictures above. And, there was amples amount of space.

Decor: All of the decorations were made by my mom and sister. Also, the set-up was done by my mom, friends, and some of my mom’s friends. It was very boyish if you couldn’t tell by all the colors. We opted for blue and green as those are known as boy colors.

Anything else? I had a wonderful shower. Above all, I’m grateful for all my family and friends for showing up and celebrating the new baby. And, Chase + I are so appreciative for all the gifts and love that we received. We couldn’t as for better people in our lives. This baby is going to be super loved and he doesn’t even know it yet! 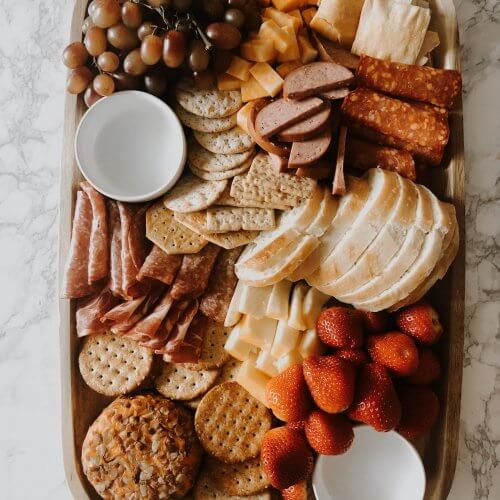 How To Make a Charcuterie Board on a Budget 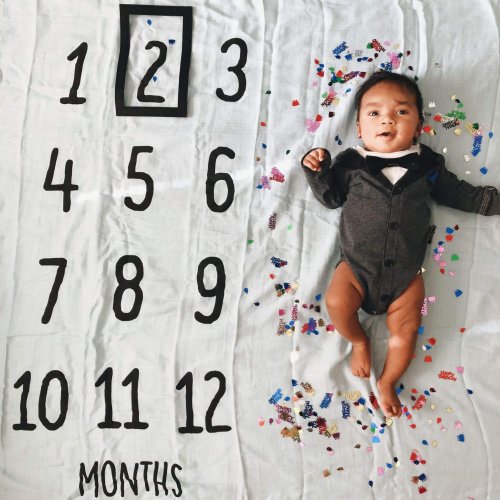 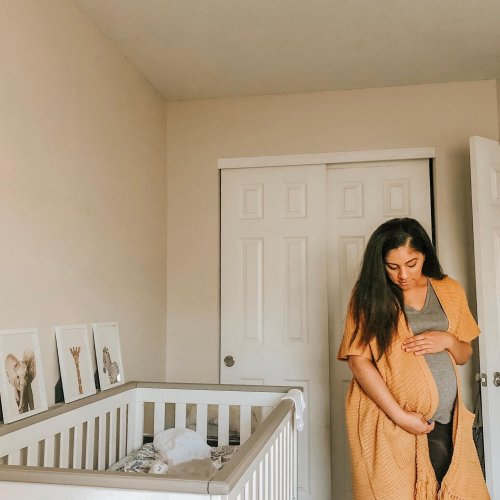 5 Ways to Stay Comfortable During Pregnancy