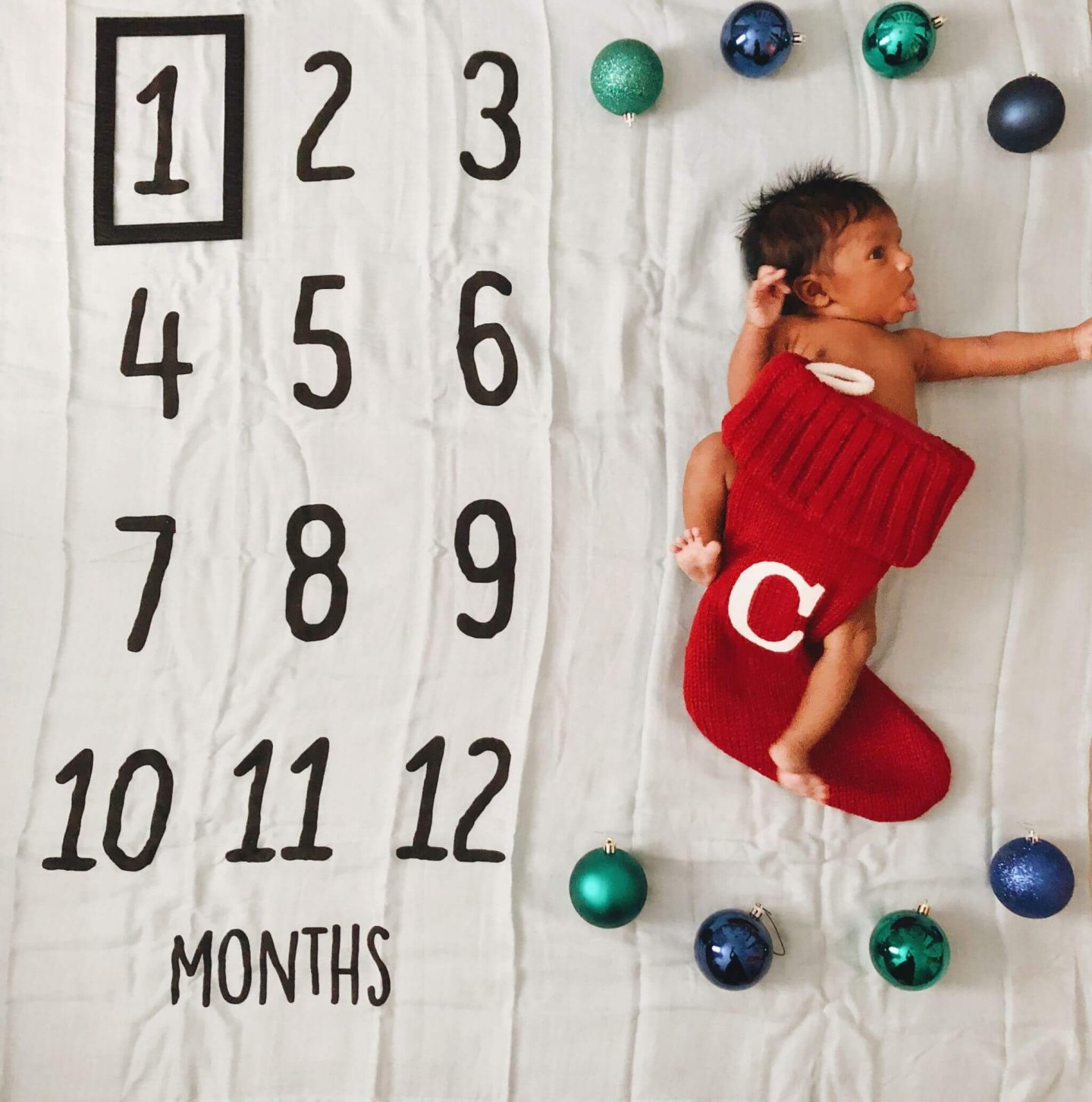 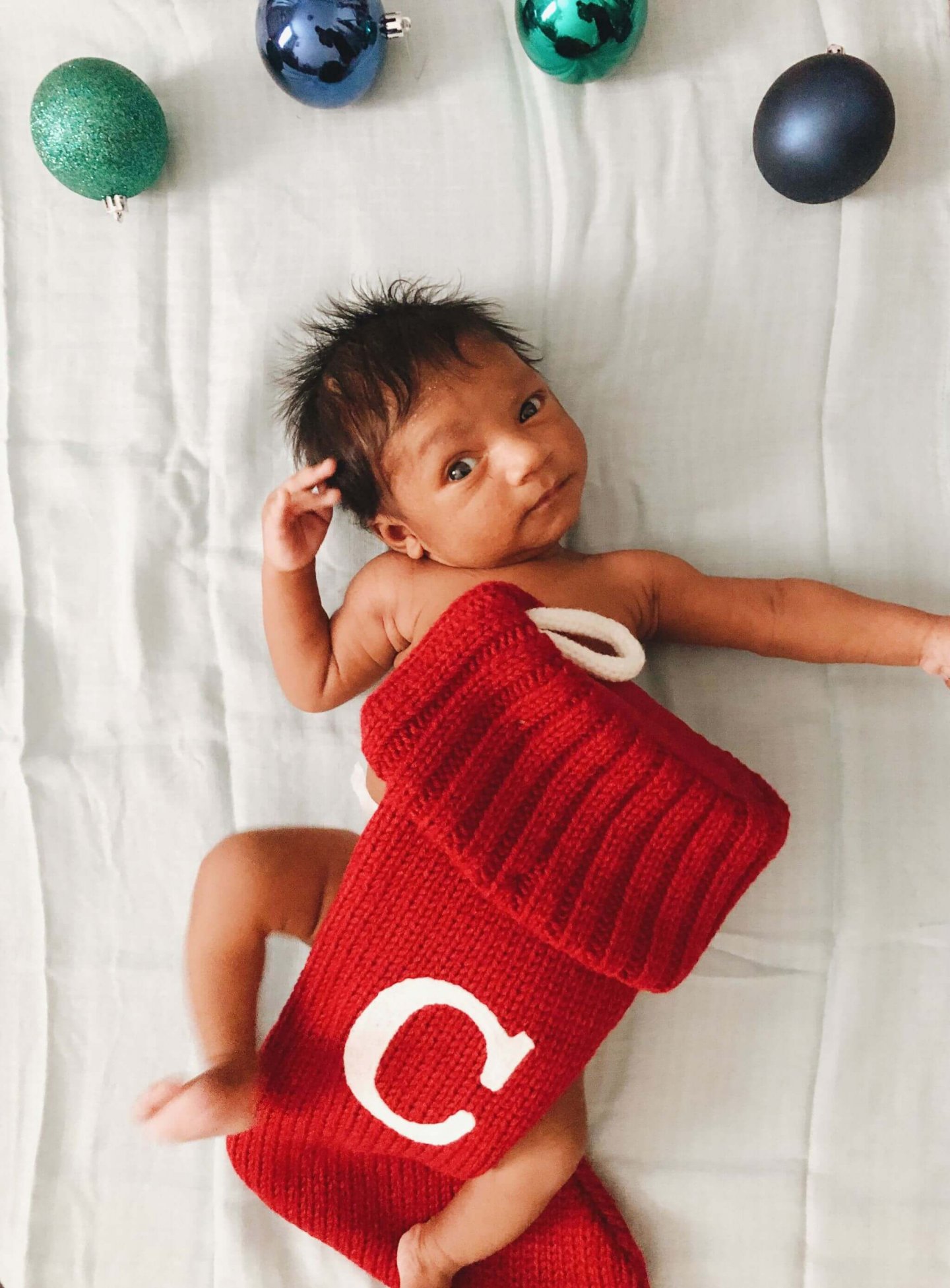 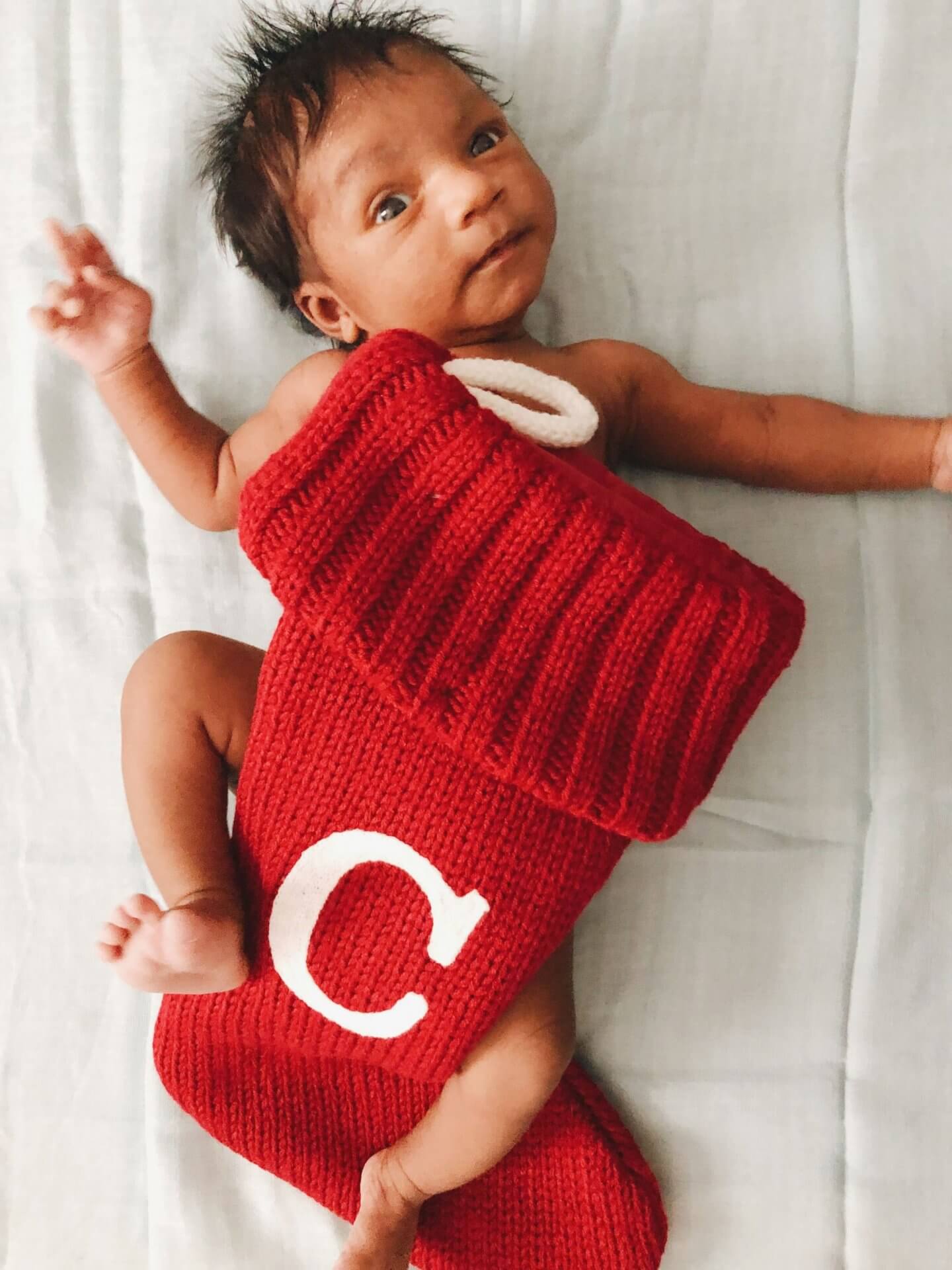 I cannot believe it’s been one month since I gave birth to Cannon. Completely amazed at how fast this time has flown by and wishing it would slow down. It’s amazing to see how much Cannon has changed in four weeks. From being super tiny to being right on track and to being way more alert and expressive. It’s wild to see how much my baby has grown. I want him to stay little forever.

Height: We haven’t measured but he started at 20 inches and I’ll find out Monday if he’s longer (which he probably is).

Cannon LOVES to sleep. Loves it and would sleep all the time if gas and pooping didn’t wake him up. When he sleeps, it has to be warm. He will bury his face in the nook of my arm or my stomach if he is asleep on me. He really loves the boob. Cannon is always eating. I’m assuming all the eating it making up for how small he was at birth. He has gained about 2 pounds since birth because he wants to eat all the time. He’s starting to like baths especially if they’re warm. The TV and lights amaze him. He stares at them whenever he is given a chance. Cannon still can’t do too much so this list is not going to be the longest.

Cannon does not like laying on his back which makes life hard as that is fundamental for baby sleep. He rolls to his side or falls asleep on me, so he doesn’t have to be on his back. Cannon’s not a fan of diaper changes either especially when we don’t have the wipe warmer with us. He’s very expressive when he’s upset. And, he doesn’t like to be awoken or to wait to eat. He’s impatient, for sure. At the moment, Cannon does not like when his feet are touched, and he hates when he has to put on clothes. The kid dislikes a lot of things.

His weight gain is definitely a milestone. He was 6.98 lbs when born and 6.4 lbs when we left the hospital. At his follow up appointment, he was 6.35 lbs, so I dedicated a lot of time to putting weight on him. Obviously, I had to since I breastfeed. He cluster feeds a lot, and he was able to be 7 lbs when we went to his two-week appointment. His one-month check-up is next week and I know he’s at 8 lbs. invest in the Hatch Diaper Pad & Scale — that’s how we track everything, and it’s how I know little man has been gaining.

He has started making noises and kicking. He kicks a lot, and usually, it’s me that he kicks. Thankfully, it’s not a hard jab. His noises are a lot of “ahs” right now. I like to think he’s talking. His sounds are cute and I’m sure this is what people call cooing. I’m not sure but I love it and I’m amazed by him.

Currently, Cannon is fighting all naps. He’ll nap for 20 minutes and then wake up and want to eat. This has been a thing for the last week. Other than that, he sleeps really well at night. I want to say that he only wakes me up once and that’s around 3 or 4 am. We finally have our days and nights together so I can’t complain. I’ll take a night of sleep over naps even if I don’t get too much done. I’ll be working on some type of schedule for him. Any advice is welcomed on this topic.

It was hard at first. Cannon had a tongue tie so that had to be fixed because he wasn’t predicting any wet diapers the first 48 hours and we couldn’t leave until he did. He couldn’t latch until they snipped the tongue tie and it was like a whole new baby. I chose to breastfeed because it saves money and I want to bond with my little guy. I wouldn’t say it’s easy now as he eats on demand but it’s not terrible. The only terrible part is when he is crying, and everyone knows to hand him off to me as I haven’t started a pump stash. That’s on my list of things to do if he ever takes a nap and gives me 30 minutes to pump. Overall, I can’t complain. I worry from time to time that my supply will go away, but there are lactation consultants and information out there to help out.