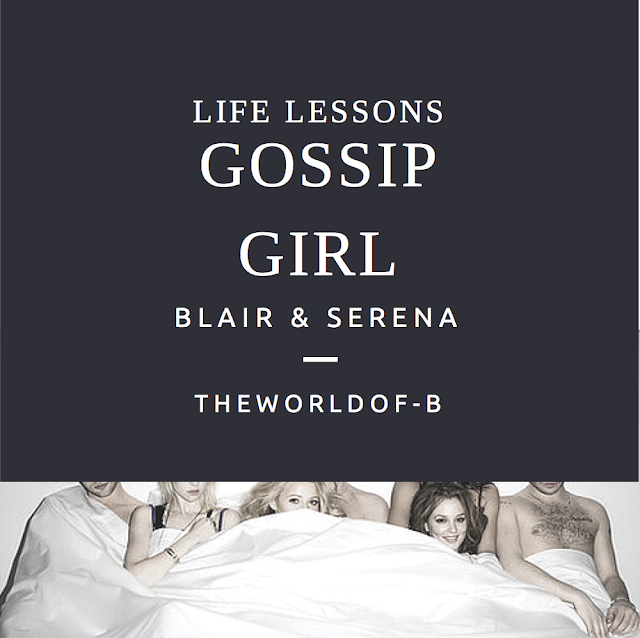 Currently, I’m watching Gossip Girl and the life lessons that entail surprise me now compared to eight years ago when I first started watching. The drama keeps me drawn and keeping up with their lives has become a daily ritual. There’s a small part of me that hates these kids, wishing they would all sit down and just talk their issues out. Why are you all so mean and out to get everyone?! I forget it’s high school, it’s probably because everyone embodying these characters are older than what they appear. Is it bad that part of me can relate? There’s a part of me that can understand where someone like Serena or Nate is coming from – fictional characters that probably reflect the reality for some people.

One, Blair Waldorf has to work for everything she wants despite being rich and it makes her mean and insecure. Part of me feels bad but the other half feels like she wants to be her best friend so bad that she’s the typical mean girl. Blair is a bully. A bully that’s being worshipped… keep in mind that I’m only on Season 2. There is a good part to Blair, she’s smart and she goes for what she wants. Half of her methods might not be the best but Blair Waldorf is determined and she calls her shots. She owns it and she’s real, she’s fragile but she finds the light to the right path. Fearless. Blair is fearless and she reminds me to never settle. Right now, I despise her and how mean she is to everyone but I have dealt with that friend – the friend that wants you to hold back your sunshine so they can shine. The constant hurt and feeling not good enough has impaired her. I see her growing and I know she’ll be the Queen B that I love and adored seven years ago.

With only two seasons in, Serena Van der Woodsen is the epitome of perfect. She’s a hopeless romantic and optimistic. The one thing I love about Serena is that she has always been a positive force in Blair’s life. She’s a positive person in everyone’s life except her own. She’s an encourager. She has her flaws though – she runs from her issues. The blonde found herself in the second season. She stood up to Blair and no longer let her best friend run her life nor dull the shine she emitted. Forgiveness and speaking up for what she wanted is her forte. A giver — she gave up Yale so Blair could go, who gives up Yale? Okay, I didn’t apply nor had multiple Ivy League options but still, it’s honorable. I admire her courage and the fact that people love Serena because she’s good, she’s nice to everyone, and she’s like happiness. You can’t help but like someone who rights her wrongs.

Blair and Serena’s lives are parallel yet they are different girls. One succumbs to her wealth and uses that as her weapon. The other tries to stay out of the spotlight but it’s always on her. Together, they’re best friends and frenemies. They are sister. They fight and make-up, everything is ten times worse in their fights because they care so much. How can they not teach young women? Sure, everyone might not be able to relate to the wealthy status but the adventures and experience, it’s something.

It’s okay to be a hopeless romantic! Just so no one forgets, Serena got her man. She got what she wanted at the end of the day. You can dream up any fairytale, just know that a fairytale takes work. Find the person that makes every failed relationship worth it and always by your side.

Good friends are hard to find and you will fight with them. A relationship isn’t real without spats, you will disagree about things and that’s okay. There’s room to be vocal about issues and find a solution. Blair has never been quiet about feeling offended although her method isn’t quite the best, she tackles her issues head on.

Being alone is normal. Don’t demand that any relationship be a 24/7 thing. You need time to yourself and to breathe. It gives you time to find yourself, as well. Serena knew she needed time to herself after her Dan saga.

Stand up for yourself and believe in yourself. Blair Waldorf doesn’t believe in no. No means no, do not get me wrong on that. Her challenges are things that force her to reevaluate herself and to do better. Blair is her number one fan.

Don’t ever be afraid to ask for what you want. It’s okay to ask what a person is doing with your heart and to tell them know what you want. These girls constantly demand what they want rather than ask and that’s what gets them in trouble. Research and figure it all out, do what you want.

If you want something, you have to go after it. Be determined and know that you are the only person that can hold yourself back. Ignore the people that are negative and don’t believe in your dream, they can’t see it the way that you see it. Serena went after Dan and Yale and Brown. Remember that.

Don’t subject yourself to something to makes you uncomfortable. The lesson throughout the series has been about learning how to find yourself. Inset Jenny aka Little J. She wanted to be Blair and she subjected herself to things she would never do until she hit the breaking point and knew she had to be better. Don’t succumb to what everyone else is doing do you.

Make-up, Utilize Forgiveness. If you have witnessed the amount of fights and drama that have occurred on Gossip Girl, you would have seen the endings where they talk it and forgive. Blair forgives Serena. Serena forgives Blair. Blair forgives Chuck and Nate. Serena forgives Dan. There’s so much. When you forgive, you let go of that issue in some way. The anger goes away.

Now, there’s so much of the plot that drops off and doesn’t continue – interruptions in storylines, things that have happened that aren’t forgotten by the viewers but the writers don’t touch base on it again. It’s not that best place to learn about life but if you have been drawn in, I’m sure it’s made you think once or twice. These characters aren’t role models but you can take from them, right? 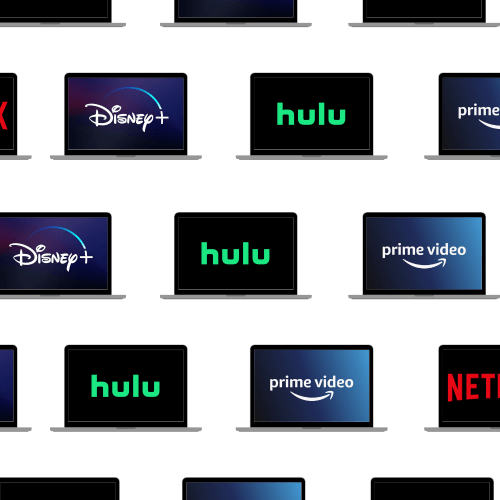