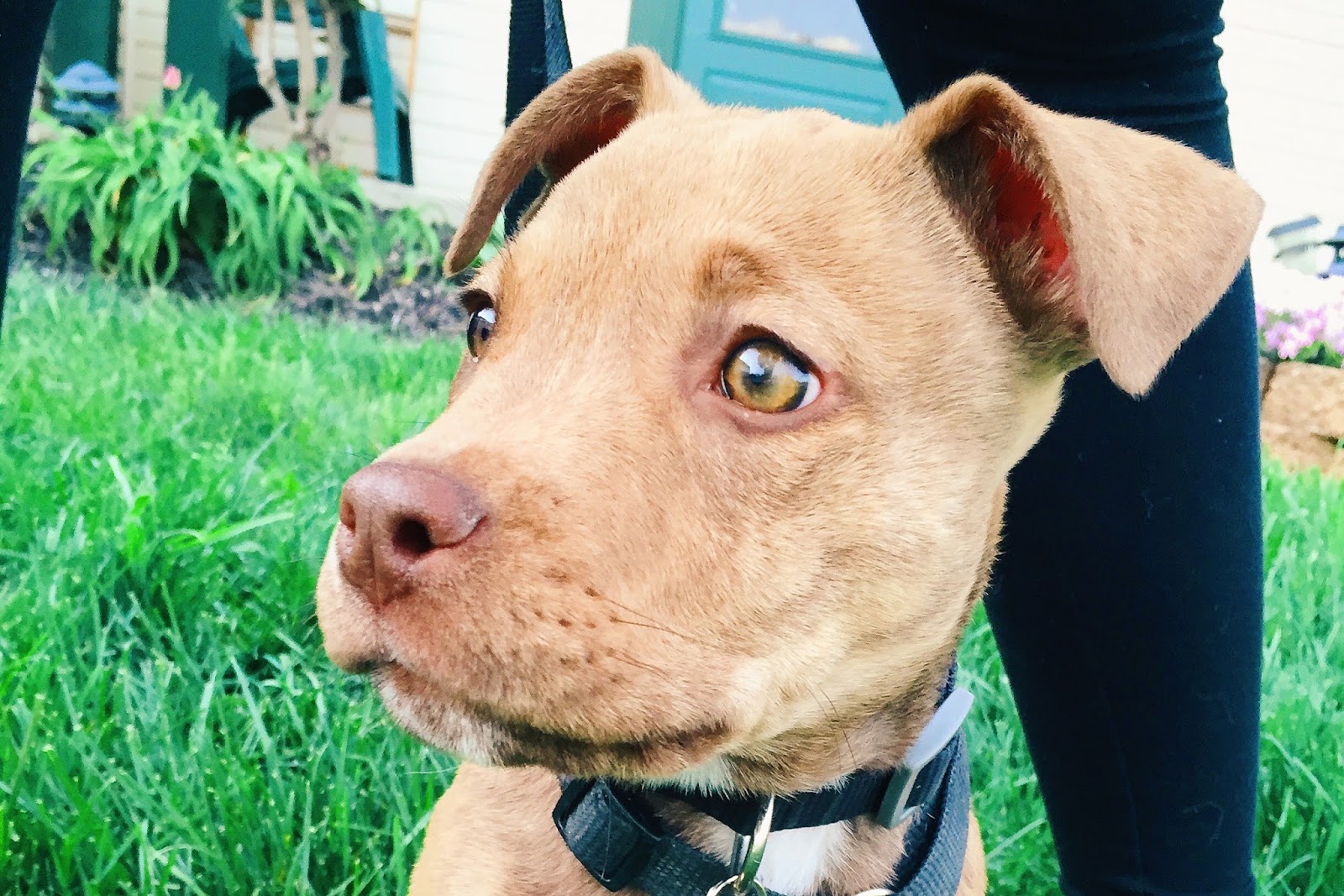 About three-ish weeks ago,
I got a puppy. Let me tell you, I’ve wanted a puppy for years and considering
getting one over the past few months. Of course, a puppy is a huge
responsibility and my puppy just so happen to have so much spunk and thinks he
is the boss. Rocko is his name and I am in love with him. I don’t think anyone
can imagine the happiness I got when he was delivered to me. I was ecstatic —
my heart hurt from the amount of cuteness that Rocko possesses. He’s perfect.
He really is and I don’t care what anyone has to say about that. It’s not all
cute and games though, oh no. Rocko whines and he doesn’t understand that he
can’t treat humans and puppies the same. I love him nonetheless, he’s my wittle
baby and I can’t help but cuddle him.

You want to know what
sucks? My apartment manager told me I can’t have him in the apartment because
of he barked one morning — he was upset about something and someone complained
so I had to remove him from the premises. This is after she told me there’s a
no pet policy yet the person who lives above me has a cat and about three other
people in this building has pets. Am I upset? Very but Rocko is living with my
parents and their three dogs. I feel terrible at times but I know he’s getting
love and socialization plus my parents love him.

My one big issue with Rocko
was the fact that I had to crate him while I was at work. I think growing up
with a house and backyard; it really just broke my heart to lock him up. I just
would wish to find a condo with a deck and backyard during my apartment hunt.
Something to let him run around while I was out or even a place bigger than my
current place that I could puppy proof enough to let him run around. That’s why
my decision to send him to my parents for a month also came into play. I
honestly felt terrible when he was crated and I know you shouldn’t but he’s a
baby and he deserves to run around. I guess the positive in all this is that I
have a roommate and she is a waitress, which means she’ll be home to play with
him in the mornings until mid afternoon. One day I’ll have that big backyard
for him though, hopefully next year.

Rocko likes water and he
will drink it whenever he can get the chance. Leave a glass on the coffee table
or within his reach and Rocko will find a way to drink it. He’s daring and he
doesn’t understand that water in a cup is different than water in a bowl because
his head can’t fit in the cup. I try to limit his water intake but putting him
on a schedule is what has helped me keep him from having accidents. The first
week and a half, Rocko didn’t know how to let me know he had to go potty so he
would just go. He even went on the couch one day. Somehow, he learned that if
he sat by the door that I would know to take him out and it’s amazing for a twelve-week-old
puppy. Rocko sits by the door A LOT but a boy has gotta go if a boy has got to
go. Just remember to have patience and that they’re babies.

My baby is the king of
biting. Pet him and he’ll bite you, sit there and he’ll bite you. Rocko likes
to bite my arms, toes, hair, whatever he can get his mouth on. Not only that but
he will find a way to chew something. He’s chewed my couch and walls, he has no
chill when it comes to biting. It’s been a work in progress to stop him from
biting. Replacing my arm with his toys has been key and giving him bones has
been another key. Rocko just thinks he can bite everything and I’m lucky people
in public are okay with it and excuse him as being a puppy because he is a
puppy. Just brace yourself for the nips and the Internet is the answer to all
home remedies.

I can’t tell you how much
Rocko complains when he has to go into his crate. You want to let him out and
hug him, do whatever you can to calm him down. He’s literally my baby and it
breaks my heart when he whines. Luckily, he was crate trained when I got him so
his whines last like five minutes before he either goes to sleep or plays with
the toys in his crate. Not only that, Rocko does not listen. He will look at
you and continue to do what he does. He’s a free spirit, no lie. He’ll whine in
the car before deciding to fall asleep or try to roll the window down. He’ll
fight me for his leash in the park, nonetheless I have patience. You have to
have be patient and just understand that it takes time — they’re like humans,
they have to learn.

This is a big one. Your
puppy needs to socialize with other dogs so that they can get along with them.
Trust and believe this has been a big thing for Rocko. As a Pit mix, I don’t
want my baby to be stereotyped. People think Pit bulls are dangerous when they
should be checking the owners. My fear is for that label when I know I have an
angel for a puppy. Rocko’s number one priority is getting socialization. How
can one do so? Dog parks but make sure your vaccinations are up to date because
a sick puppy isn’t going to be a happy or pleasant puppy. Other than that, look
for puppy events. I’m lucky enough to live by Petco and go to their Puppy
Playtime. You’re lucky if you have friends with dogs, take advantage of that
and make doggie play dates. Do whatever you can to get your puppy out
there.

Puppies need to be
protected.

For one, I am already a
germaphobe when it comes to my own health so you have to know that I’m worse
with Rocko. I’m just a Google freak that looks up everything and finds out my
puppy can get suck from this and that. Trust and believe, he got his
vaccinations as soon I as could get them done. Other dogs can get your puppy
sick and there are ticks and fleas out there in the great big world. Take every
precaution you can. I know it sounds paranoid but this is your baby… at
least, Rocko is my baby and I’m out here to make sure that he’s healthy and
100% at all times.

Puppies have tons of
energy.

Rocko is a ball of energy.
As soon as I get home from work and let him out of the crate, he is all over
the place. He’s my very own Taz. I get that half of us come home from work with
the idea of relaxing but once you take on this responsibilities you have to
honor then. For me, I would feel terrible for leaving Rocko caged up from when
I left to when I got home, I wouldn’t do anything after work because that’s
Rocko time. It still is even if he’s twenty miles away with my parents. Puppies
need to run around and exercise, they need to get out and enjoy the sun. Make
that your priority before doing after work activities.

You’re going to have to
know more when it comes to your puppy. These are just a tad few things that I’m
learning as I grow with Rocko. Less selfish and more selfless. I’m happy with
him in my life and I think that’s why I’ll go above and beyond for my puppy.
Puppies are fun and playful, they’ll make you happy. They might not know right
from wrong but they do know to kiss you no matter what and give you love at all
times.

My Eyelash Secrets. You’re Welcome.
6 Things To Do Before The Trip 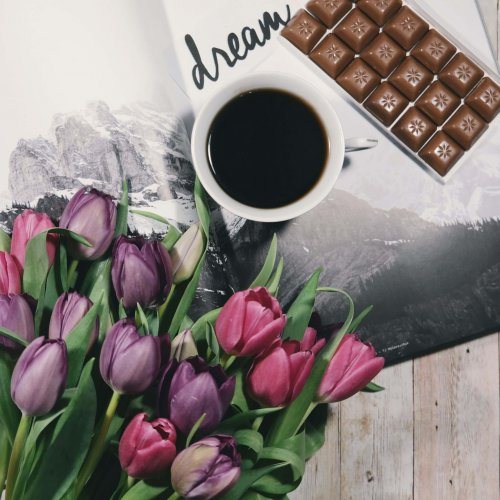