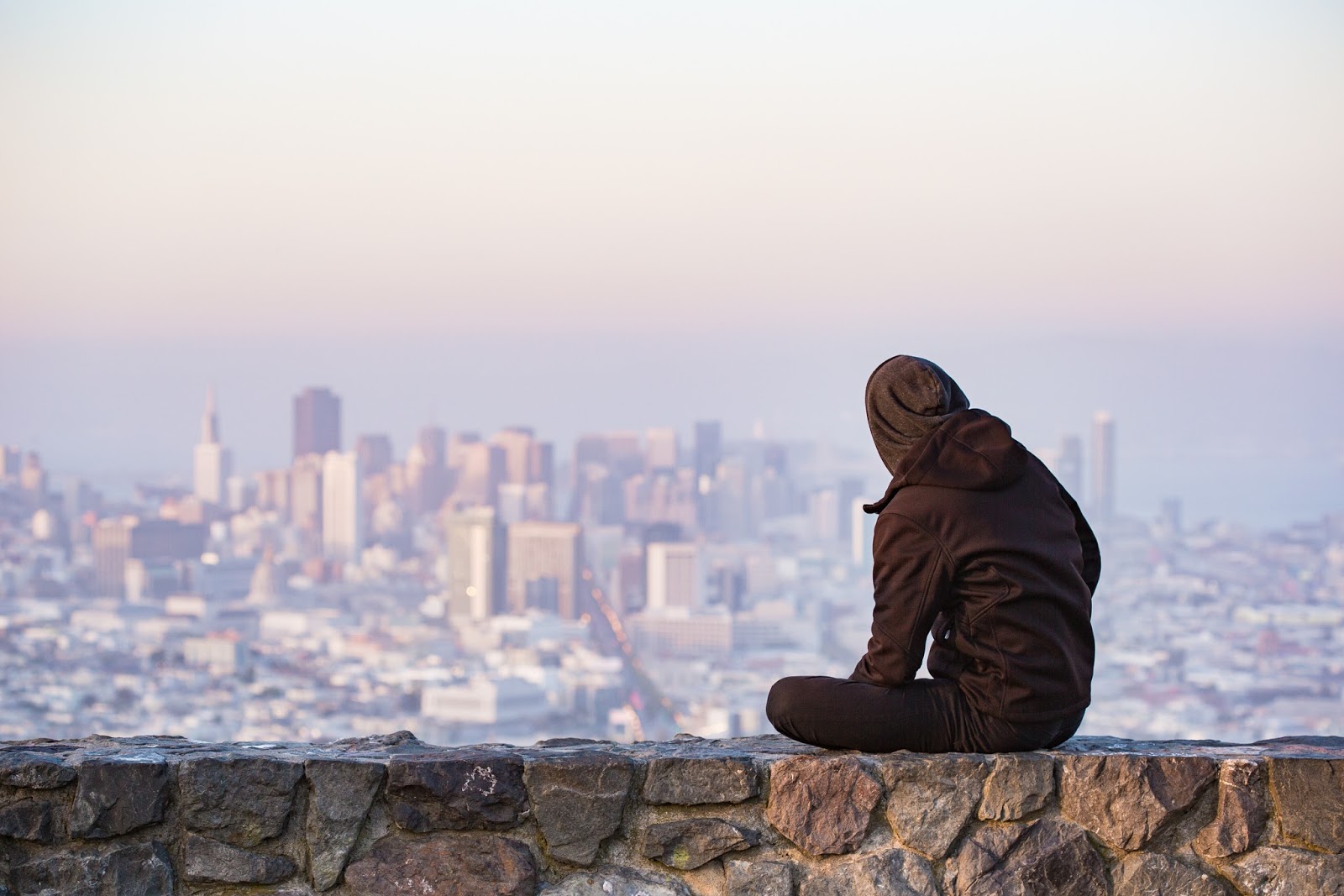 We’ve all had our phases. There are phases of wanting to be alone, needing to be in a relationship, attempting to try a new hobby each month, and etc. There’s also the fuckboy phase which I’m sure many of us have endured — I know I have and I’ve also experienced my friends and their phases so it’s something that I have seen a lot of. I mean come on, college and life between sixteen to twenty-two is experiencing a bunch of dudes that either become your best friend or you hate them. Not that I’m speaking for everyone but I can attest to the Fuckboy phase.

Serena Van Der Woodson dealt with it. Blair Waldorf dealt with it when she was stuck with the Prince. Selena Gomez had her phase with the Biebz. Look at Perrie from Little Mix and Zayn — total FB. Like this is a thing, ladies. You’re not alone. I know I wasn’t alone, I had my friends to bounce things off of and investigate. What is a fuckboy? The worst type of guy according to the internet. I concur, it’s probably one of the worst guys because it’s a ton of stereotypes wrapped into one. This is the type of guy that does everything to piss you off, he tests your patience and drives you crazy — not the good crazy either. This guy is someone who tricks you into thinking he is a great guy when he’s really not, to be honest.

I’ve had my experience and I learned a lot. I’ve seen my best friends deal with the same guy over and over again and I learned from their experiences. I have male friends that I shake my head at and call out their bullshit because karma is real. Mainstream everything will also help you. Trust and believe, there is someone out there that can point you in the right direct.

That’s why I’m going to share the tips that I should have picked up on in the past. I should have known just by actions and words because both say a lot but I didn’t listen. You don’t have to listen to me because it’s your life but here’s some news — listen to your girls, they know better and if they have heard something they will tell you. Best believe I did that for my friends.

LOL. I had to start out with this because it happens. You’re enjoying your night in your pajamas and watching some Netflix when you roll over and see either ‘Wyd’ or ‘You up?’. Roll your eyes and roll back over right now. Abort that mission. It’s not worth it to start a conversation that is going to lead to him asking you to come to him or for him to come over. That leads to one thing, boo. I used to get these texts when I was sleep or random four in the morning FaceTimes. two and a half years ago and I just would mute it. Shoutout to that dude because he got nothing out of Brittnee. Like I said, fight it. I’m really good at texting back ‘I’m sleeping’ or ‘Leave me alone unless this is an emergency in which you should contact 911″. I’m the worst and I know it. I don’t have to deal with that anymore, thank goodness.

If there’s one thing that drives me crazy, it is when I’m having a conversation with someone and they just go ghost especially when it’s serious. I’ve had friends who have had important talks with their guys only to get ghosted for two weeks and for the dude to act brand new. Oh no, I’m going to hit you with a ‘who is this?’ text, for sure. Nonetheless, watch out for these guys because they avoid confrontation and questions that need answers. That moment you ask ‘what are we?’ and he doesn’t answer but starts snapping, cut him off. Block that number, girl. If he can’t answer you, he doesn’t deserve any of the time that you have. Waste your time with Netflix or something that will please you.

Only makes time for you at his convenience.

I understand people are busy — I have things to do, as well but I will make time for the people that matter. If I matter to you, you need to make time for me. I talked to this guy who went to a different school than myself and for some reason, I was the one that always went to him because he was free that weekend or day. Not okay. Like why wasn’t this guy coming to me and why wasn’t I demanding fairness in this thing? This is a two-way street and we’re going to travel accordingly. He’s one of two of the guys that I’ve dealt with that are being discussed throughout this piece. We have our own lives but if you can make the time to go see him and hang out on his time, he better come ready to hang out and do things when you’re ready, too. Don’t let that man have you running around.

I don’t know if I’m the only one but this has happened to me. It also happened to my best friend. We’re just minding our own business and the girl either follows us or likes/accidently likes one of our pictures. Is there any reason to be suspicious at first? No, but when she’s liking all his pictures, been a topic of conversation, or leaving heart eyes, that gives you the cause to be a little suspicious. Let me tell you, I remember getting into an argument with a guy I talked to on a Friday and on that following Wednesday, I was on Instagram just as he posted a WCW with this girl he had talked to before me. Pause. Let’s just say I was livid and just as quick as he posted it, he deleted it. We weren’t officially together but he was constantly hounding me to be exclusive so this was a curveball. And the girl followed me! Just keep an eye out especially if you’ve been told that he messes around.

Always with a different girl.

This could fall into that last topic but I have stories for days, clearly. It’s a clear message when he’s surrounded by females. I understand some males just have a lot of female friends but you can pick these different types of men out. My man has female best friends but they’re legit just best friends and he keeps it real with me — keeping it real is when you know. The other guy is going to make excuses. Same guy from the last topic took me out to a bar and I kid you not, some girls approached us and stated: “You’re always in here with a different girl each week…” Excuse me. Red flag right there. I didn’t have to see it with my own eyes when I had the word of two girls that didn’t know me but said this with a straight face and no smile or laugh. Just look out for guys that keep a flock of girls around and have excuses as to why a pink cardigan is in his room or why he’s getting a text from his February WCW in May.

He doesn’t claim you.

This should be the clearest sign — obviously, if you guys are just hanging out and stated that it would go no further then you settled that case. This is for the guys that state you aren’t their girl while telling you that you are their girl. These guys just want to pick and choose when they want you. Don’t do this to yourself. Don’t let some guy bruise your heart because he’s selfish and wants you all to himself. This guy just wants you to stay with him and not let someone else find you and recognize the gem you are.

Now, this is just a short list but I can tell you that there are list 10+ floating around on the internet. Do what’s best for you girl and watch out for the fuckboy. Talk to your guy best friend and have him be real with you because he will. My guy best friend straight up told me that my past guy would go nowhere and he was right — it went nowhere and I met someone better. There are many fish out there, you just have to test the waters and pick up on what works and doesn’t work. Also, go listen to Shoutout to My Ex by Little Mix because of life right now.

What are some tips that you have to share?

How are You Utilizing Social Media?
Favorite Spots to Eat in Downtown Columbus 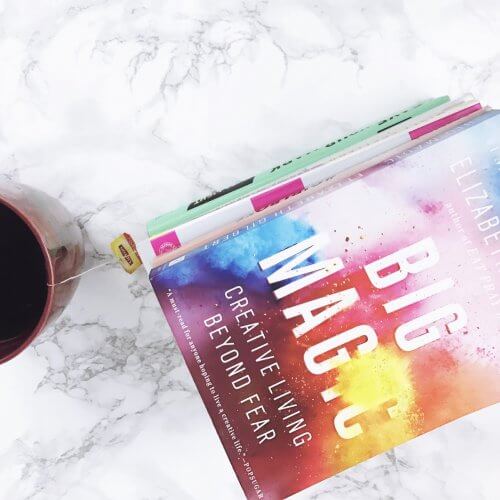 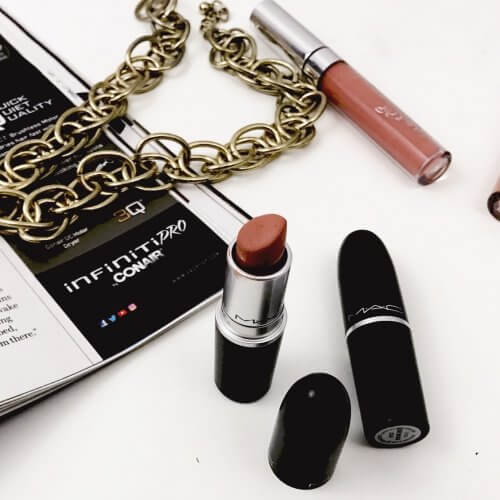