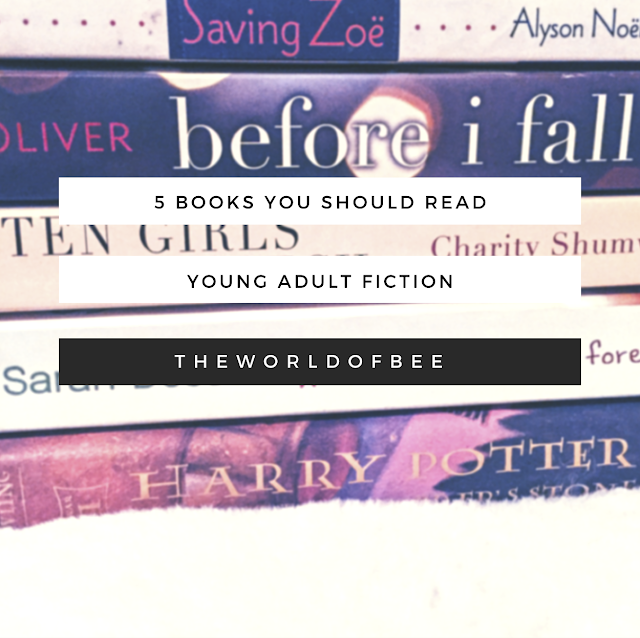 Have you ever read a really good book? Something that inspires you or makes you think of all the opportunities and things you should do in life? I’ve had many of those. I love reading. I took it as a challenge to read as many books as I can when I was younger. I absorbed every book that I read. I went for the bigger books that were worth more points and everyone else avoided. I wanted the awards at first but I soon fell in love. A book is another world and a time where you can take a break from your own. I have to admit I have not read a book in quite some time… well, not a fiction book. I’ve had my nose in many non-fictional books that should apply towards my career. Kinda boring, right? Well, I don’t think any book is boring. If I’m not interested in it, I simply pass it on to my sisters. That’s rare though.

That’s why I’ve come up with a list – a list of books that I will reread each and every time. Recently, I cleaned my bookshelves off and gave the books to my sisters and Half-Price. I honestly did it so I had more room for my Harry Potter series(obsessed). This is my list of great books, books that I have pushed onto people. I’ve suggested these to friends and family, they are books I think every young adult should invest in. Of course, they lean towards more of a female audience except one book. It’s easy to say these are addictive stories and you don’t want to put the book down. I’ve come to a point in my life where I reread books just because I pick up on things I might miss and I miss the story. Why not share what I love with the blog world? Isn’t this the place to influence and share??

Here’s my list of wonderful books that I’d give ten stars no matter what.

“I’m going to keep going until I succeed — or die. Don’t think I don’t know how this might end. I’ve known it for years.”

This shouldn’t be a surprise. I regularly talk about this series and rewatch the movies. It is clearly one of my favorites. Why should it be your favorite? Well, it’s Harry Potter. It’s an adventure and fantasy. You experience seven years of life with Harry and his friends. So many feelings are felt throughout this series. I rooted for many characters, cried over their fictional deaths. It’s a book I grew up with so I had to include it in this list. You can’t go wrong with Harry, Hermione, and Ron. I think the best thing about this series is how engulfed you get and how much you feel like part of this world. The fact that there’s another world in this story just blows my mind and the imagination of J.K. Rowling is a blessing. This series is everything.

“I guess that’s what saying good-bye is always like–like jumping off an edge. The worst part is making the choice to do it. Once you’re in the air, there’s nothing you can do but let go.”

This book is based on your typical popular girl who has to relive the past for a week – it’s the same day though every day. It’s actually really sad and kept me intrigued. In this book, we’re reliving Samantha’s life as she tries to fix all the mistakes she made and make peace with herself before she can go on. It’s crazy how life can change in a second and Samantha has to deal with Friday until she can direct herself in the right direction that she deems fit for herself. I’ve seen mixed reviews but it’s definitely that book that will make you realize to live every day, be happy and to never take anything for granted. I enjoyed this book a lot. I’m probably going to reread it after I read this new book I bought. It’s definitely a story for young females to enjoy. The perspective on who we let in our lives, how we let them dictate, and where we end up when it’s all said and done.

“Like when you scrape your knee and you get a scar, but then the scar fades so much that no one can see it but you. But you know where it is cause you remember what caused it. And no matter how hard you try, you can never forget how bad it hurt when it first happened.”

Saving Zoe is a book that made me appreciate my relationship with my sisters. I love this book. The main character Echo, is the younger sister of Zoe who was murdered. It details her investigation into finding out what she didn’t know about her sister. It really talks about dealing with the grief and how the lives of Zoe’s family members has changed. Another sad story that opens many people’s eyes to see that not everyone is as friendly as they seem. Not only that, Echo is forever in Zoe’s image and part of her reminds people so much and it hurts. Plus she has Zoe’s diary so it’s like reliving her days over and over as she tries to heal. They’re actually adapting this into a movie and I know it’s going to be sad. Read the book before hand, so good!

The Truth About Forever

“It’s just that…I just think that some things are meant to be broken. Imperfect. Chaotic. It’s the universe’s way of providing contrast, you know? There have to be a few holes in the road. It’s how life is.”

Sarah Dessen is one of my favorite authors. She writes young adult books that feature some love stories facing trial and tribulations, how people work for what they want and don’t give up. Of course, I chose this book out of them all because it made me feel the most. Macy’s dad died of a heart attack and ever since that day, she’s lived a quiet and perfect life to not bother her mother. She hides behind this image, never doing what she wants to do but what she is expected to do. I felt for Macy right away because she couldn’t be herself and everyone wanted to act like everything was fine all the time. She finds herself. She finds a nice guy – probably a guy we all dream about, someone who loves all our flaws and thinks it’s okay to mess up. She finds friends that love her and try to help her live. It’s a heartwarming story with tragedy and realization. It teaches us that we don’t have to be perfect and that flaws are okay, something I needed to hear when I was nineteen. Out of all the books, this would be my number one recommendation.

“Taking care of yourself is one of the hardest jobs — don’t ever let anyone tell you otherwise. It’s much easier to take care of others.”

This a book for all my recent graduates. The main character Dawn is out of school and her life hasn’t gone as she planned. The guy she’s in love with leaves her and she isn’t working her dream job. She’s struggling. That’s where the Ten Girls to Watch comes in because she’s lucky enough to freelance for a magazine that is willing to give her a shot and let her research all these magnificent women. These women teach Dawn about herself as she looks for them and they open her eyes to independence and being the person she wants to be. I like this book because I read it before I graduated and I refused to set it down. I needed to know Dawn’s journey and figure out what she did. It’s inspiring to read a book about a graduate that is struggling especially in today’s times. If you want to get through heartbreak and discover a great woman, this is the way to go.

Those are my top five suggestions. I would love to know some suggestions because well, I like to read a lot. There’s not enough books in this world. What would your top five be? And what books are a good read that I should check out?! Happy Tuesday!